Chief Justice Dennis K. Yamase is the Chief Justice of the Federated States of Micronesia’s Supreme Court. All opinions expressed in this piece are solely those of the author as an external expert and do not necessarily reflect the official position of UNODC.

As of May 1, 2020, there have been no confirmed cases of COVID-19 in the Federated States of Micronesia (FSM). On 3 April 2020, the Supreme Court joined the FSM National Government and the four State Governments efforts to keep the coronavirus out of the FSM.[1] The Supreme Court issued Emergency Order No. 1, in response to the worldwide COVID-19 pandemic.

In its Emergency Order No. 1, the Court set forth the main Court functions during this time of public health emergency as:

To meet its responsibilities, the Court reduced its working hours and the Court will evaluate and reduce in-court activities as needed for functions required to be held in-person. The Courts Clerks Offices in each state will remain open and the offices will still accept in-person filings. The Court will monitor all matters and discontinue proceedings that would involve a crowded courtroom where social distancing cannot be maintained. The Court has also recommended videoconferencing or other alternative means to avoid close personal contact. The Court extended due dates for filings and other deadlines during the time when the emergency order was in effect.

Despite efforts by the National Government and the four State Governments to work in close cooperation to enact preventative measures to address the COVID-19 pandemic, on 15 April 2020, the first legal challenge was made to the mandatory quarantine measures put into place by the federal State of Pohnpei.

The legal challenge was made when the National Government filed for a writ of habeas corpus on behalf of the crew of a national maritime patrol boat, the FSS Micronesia. The vessel had returned from a voyage to Chuuk State and to Oruluk Atoll, within the State of Pohnpei’s waters, to rescue an injured juvenile who had been bitten by a shark and required medical treatment in Pohnpei. The vessel also picked up the family of the injured juvenile. When the vessel returned, the crew was informed by Pohnpei State police that it would have to remain on board the vessel for quarantine.

A writ of habeas corpus was filed by the Department of Justice to bring the detainees before the Court to determine if the detentions were lawful. Pohnpei State argued that the detentions were legal due to the compelling public health emergency. However, the National Government claimed that the quarantine was unlawful and an obstruction of a power expressly delegated to it to monitor and patrol national waters. The quarantine of the entire crew of the FSS Micronesia resulted in a decreased capacity of the National Government to patrol the nation’s waters by one-third, as it only has three national patrol boats.

The dispute was determined to be moot when Pohnpei State released the vessel’s crew before the 14-day quarantine ended and the Court could rule on the merits of the case. This was because Pohnpei State had received critical COVID-19 test kits and was able to confirm that all of the individuals who had been transported back to Pohnpei were COVID-19 free.

The National Government, the four State governments and the Supreme Court continue their efforts to keep the FSM free of COVID-19. At the same time, the Supreme Court is trying to maintain its operations and access to justice with as little disruption as possible. If a COVID-19 case is found, then the Court will amend Emergency Order No. 1, as appropriate, to take further action to keep COVID-19 from spreading within the FSM. 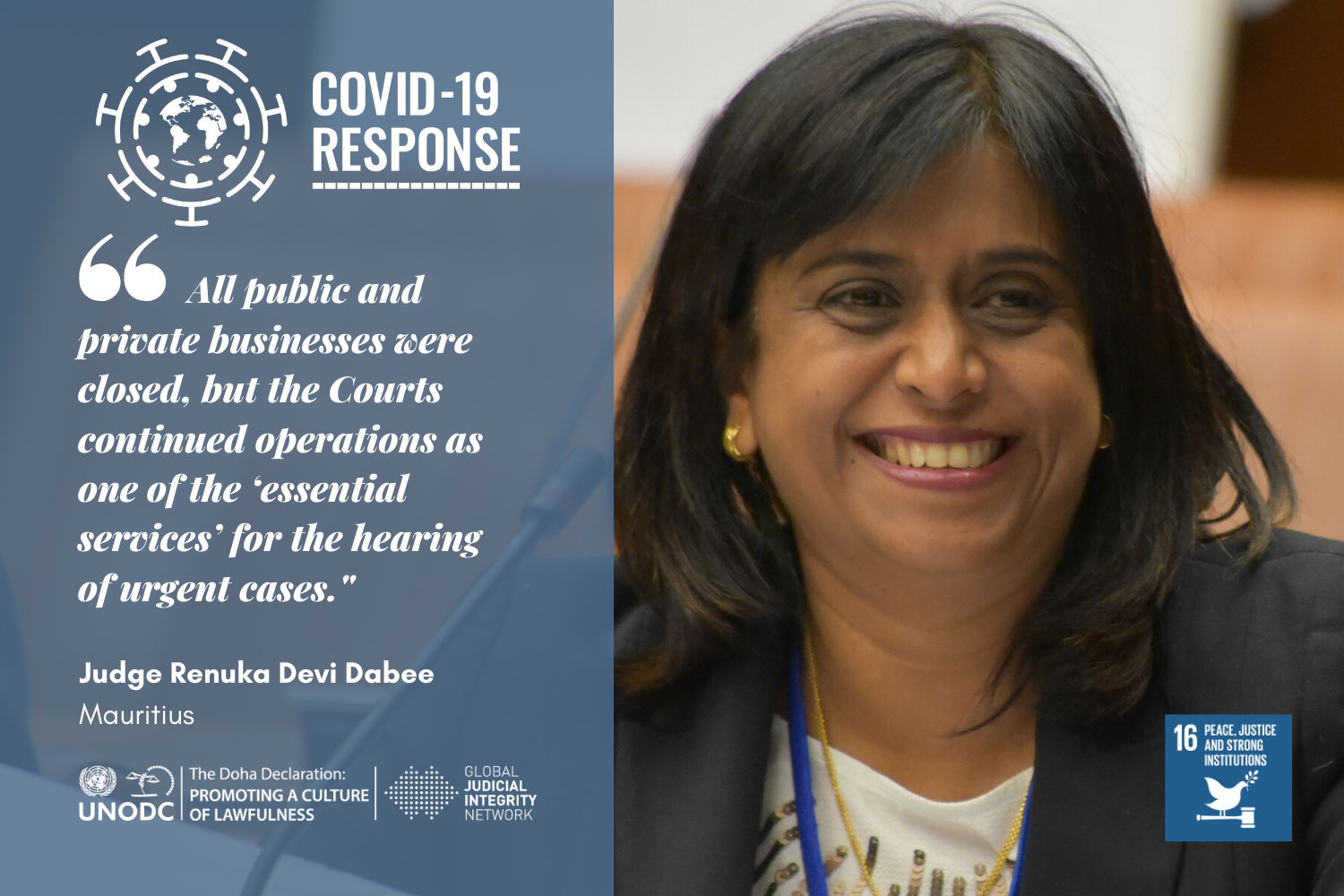 Rising to the Challenges of COVID-19