13 March 2017 - This past week saw the start of phase two of UNODC's work in Brazil around using sports as a means to prevent crime, violence and drug use among youth. Following the start of the Office's 'Line Up Live Up' curriculum in Brasilia, which will deliver life skills training in vulnerable communities, UNODC held a series of discussions with Government authorities, civil society and key sports organizations in Rio de Janeiro.

With Rio's well-established community of NGOs working with sports as a tool for peace, UNODC met some of the city's lead organizations in this area, including Craque do Amanhã, Fight for Peace, Gol de Letra, Bola Pra Frente, Instituto Reacao and Projeto Grael. Several topics were covered, including opportunities to join forces promoting sports for youth development and crime prevention and ways in which UNODC can best complement the work being undertaken and build on local expertise. Another key point raised at the meeting was how best to link life skills training to vocational and job skills in order to address multiple risk factors of youth crime.

Meetings were also held with the Secretariat of Sports and Leisure at both the state and municipal levels to discuss the identification of target groups and stakeholders to engage in Rio. As the 'Line Up Live Up' training material will be available to assist coaches, trainers, social workers and other professionals working with youth in a variety of formal and informal sports settings, this is a crucial first step both for the initial training and the longer-term sustainability of the undertaking.

Linked to this, discussions were held with the Public Safety Institute to help identify and map those areas where youth are considered most at-risk. As in Brasilia where the Office has worked closely with crime statistics authorities, this will allow UNODC to use data in order to pinpoint where resources would be best utilized. The data will also show which sports centres would be considered the most logical to set up training in.

Looking ahead for outreach in Brazil, UNODC also met with the Confederação Brasileira de Futebol (CBF, Brazilian Football Confederation in English). Walter Feldman, CBF Secretary General, and others were briefed on the overarching Doha Declaration Global Programme and the work being done around sports as a way to counter violence, crime and drug use among at-risk youth in the country. CBF's complementary programme - CBF Social - which was launched recently with the aim of spreading the message of using sports for social good in Brazil was also discussed, as were the age targets: CBF working with children aged 6 to 14 and UNODC's training aimed at 13 - 18 year olds.

Summing up this next stage, Johannes de Haan, lead of UNODC's sports against youth crime initiative being rolled out under the Global Programme highlighted the importance of the work: "For UNODC, sport offers an ideal area within which life skills can be built. These are essential if we're to provide youth and especially young teenagers an opportunity to escape from crime, violence and drugs which can be so endemic in some communities." 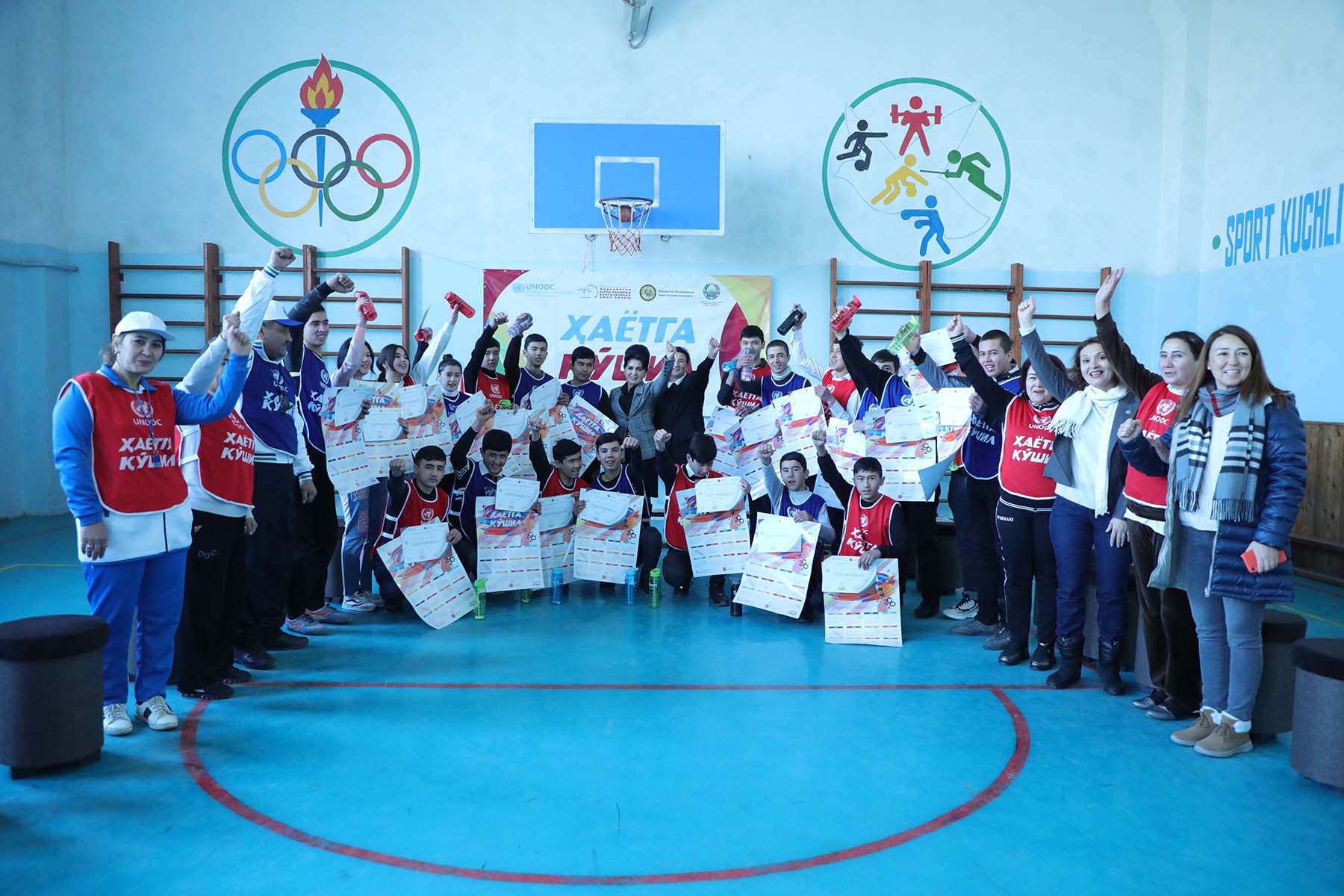 In Fergana Valley, 600 Uzbek students have become the latest Line Up, Live Up graduates 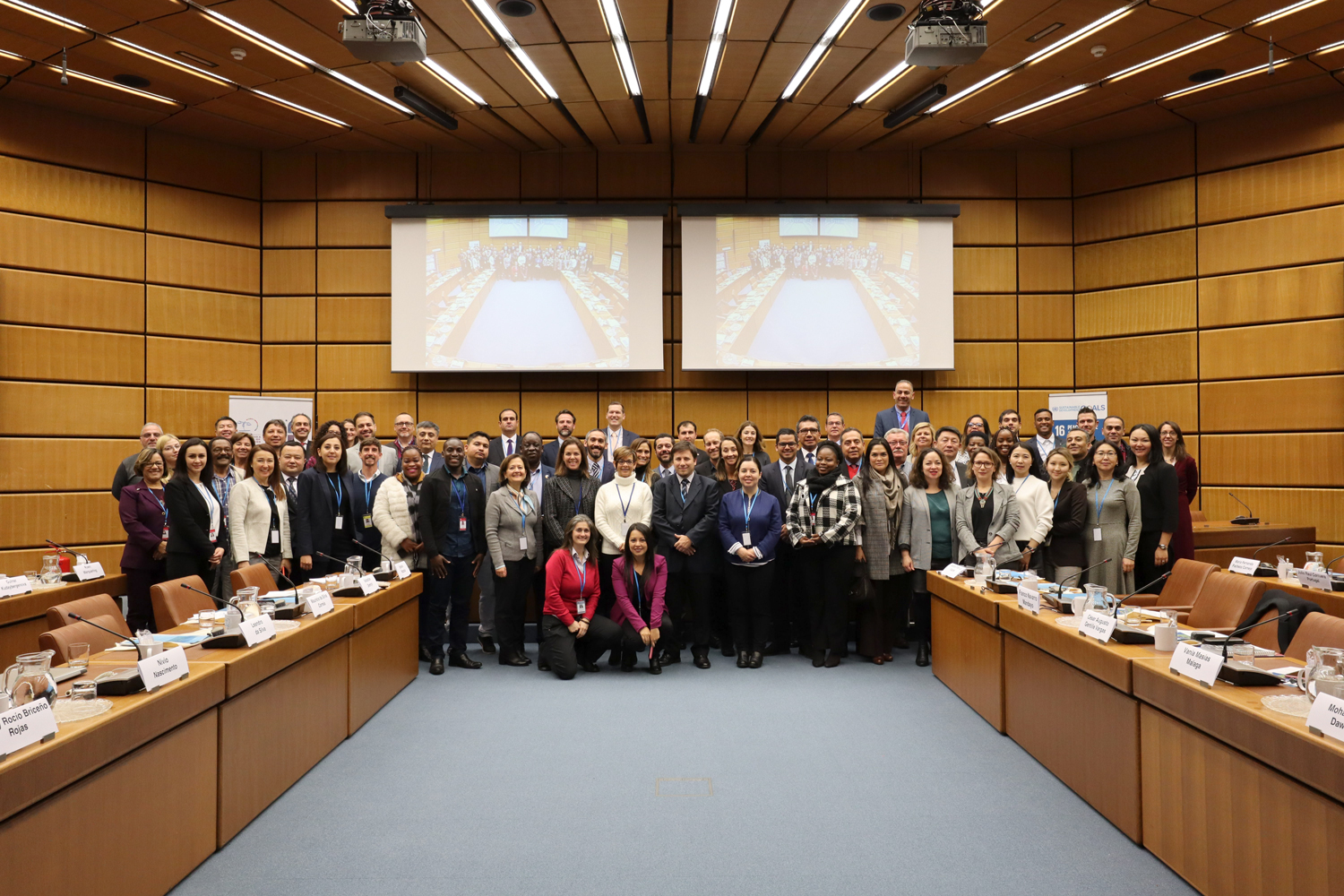 Global gathering in Vienna marks the successes of UNODC’s Line Up, Live Up