CRIMJUST presentation during side event at  61st session of the Commission on Narcotic Drugs "EU: on trans-regional responses to drug trafficking and organized crime"

13 March 2018 -  CRIMJUST showcases results at a side event held in Vienna in the context of the 61 st session of the Commission on Narcotic Drugs. 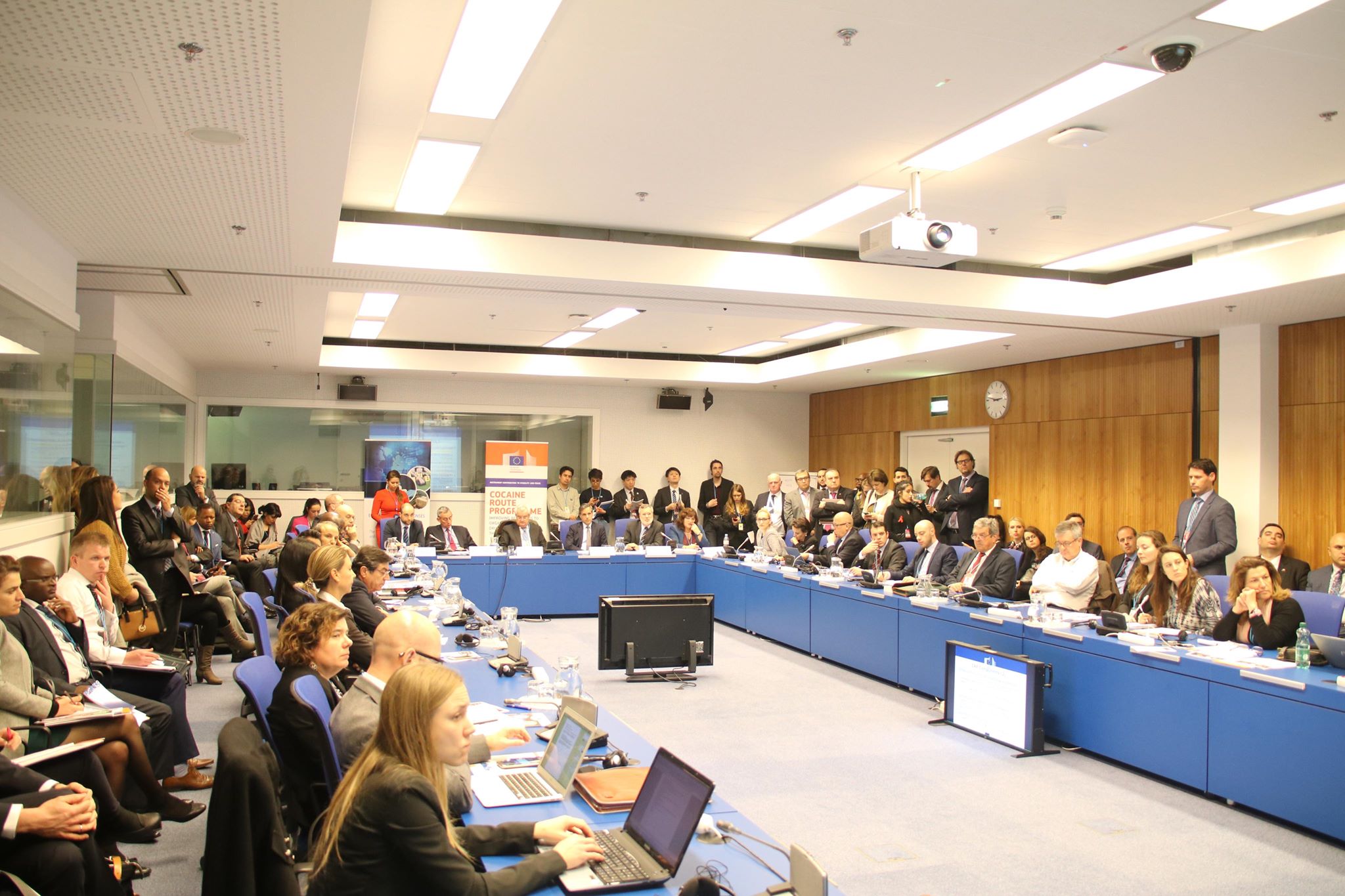 During the 61st Session of the Commission on Narcotic Drugs, the European Union and Permanent Mission of Portugal co-hosted the side event on "European trans-regional responses to drug trafficking and organised crime" held under the framework of Cocaine Route Programme (CRP) and the European Action Project (EU-ACT).

Recognizing the importance of multilateral cooperation in approaching a transnational threat such as drug trafficking, the side event brought together representatives of the EU, UNODC, and programmes within the CRP and EU-ACT to present  the outlines of the mechanism contributing to address drug trafficking, specifically regarding heroin and cocaine, through trans-regional cooperation.

Opening remarks where provided by Ambassador Almeida Ribeiro, Permanent Representative of Portugal to the United Nations Office in Vienna, reiterated " Portugal's efforts to establish a broad legal framework that not only combats drug related criminality at national level but also aims to improve cooperation with other States, as well as, with different regional and international organizations. An approach considered to be the most effective to tackle a global problem that cannot be solved individually by any country or region."

On behalf of UNODC, John Brandolino, Director of Treaty Affairs highlighted that "With the support of the European Union, UNODC has been developing innovative and strategic responses to address the dynamics of organized crime".

During the side event, the presentation of the EU strategic framework by, Rui Costa, CRP Manager provided a clear path between the conceptualization and operationalization. The projects under the umbrella of the CRP - including the Airport Communication Programme (AIRCOP); the Cocaine Route Monitoring and Support Project (CORMS),  Seaport Cooperation Programme (SEACOP) and Strengthening criminal investigation and criminal justice cooperation along the cocaine route in Latin America, the Caribbean and West Africa  (CRIMJUST) - have been operating in a holistically manner, providing  advanced up-skilling and mentoring programmes to law enforcement agencies and the judiciary, as well as fostering cooperation on bilateral, regional, and international levels. 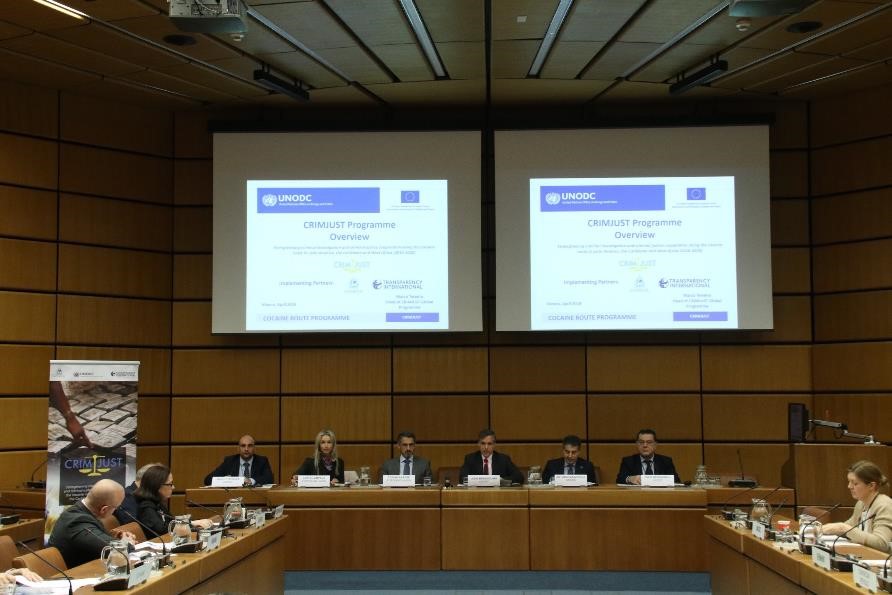 The concrete and tangible results presented by CRIMJUST and AIRCOP projects, provided a clear vision to the side event's participants on the programme deliverables, particularly on how the different components interact and how efforts are aligned towards countering organize crime and drugs trafficking.

Overall, through these programmes, the European Union not only dynamically strengthens capabilities to curb organized crime around the world but also fosters regional and trans-regional cooperation to combat this worldwide issue.