Consultative coordination meeting between UNODC and the Permanent Mission of Italy to the International Organizations in Vienna.

21 June 2017 - Italy has been supporting CRIMJUST. Therefore, representatives of the Permanent Mission of Italy to the International Organizations and the UNODC met to discuss avenues to further streamline future cooperation. 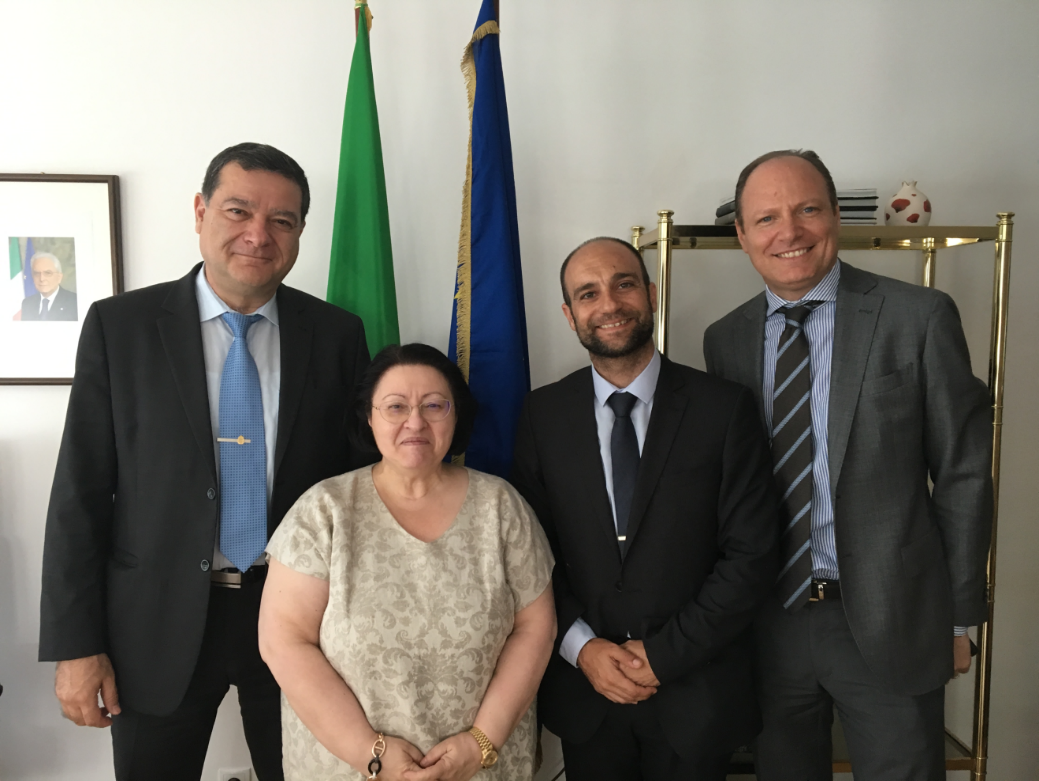 Since the launching of CRIMJUST programme Italy has been supporting the activities and contributing to the programme implementation. Under that context with Italian Ambassador Mrs. Maria Assunta Accili and Security Advisor Mr. Arturo Sessa of the Permanent Mission of Italy to the International Organizations met with UNODC delegation to explore avenues for enhancing cooperation.

Mr. Tofik Murshudlu, UNODC Chief of the Organized Crime and Illicit Trafficking Section, expressed the UNODC's appreciation of the positive collaboration channels established with Italy, namely the support from the Central Directorate for Anti-Drug Services that made available several training slots for CRIMJUST programme beneficiary countries. As a consequence, the UNODC had the possibility to sponsor participants to take part at: the 'Course for Heads of Drug Units' which took place from 5-9 September, 2016, 'The Fight against International Drug Trafficking' that was carried out from 20-24 February, 2017, and 'Drug on line' which was realized from 8-12 May, 2017.

During the meeting were also discussed ways to continue the present cooperation and to maximize the expertise to stimulate an interregional approach to tackle organize crime and drugs trafficking.

Under the framework of the CRIMJUST project funded by EU Cocaine Route Programme, UNODC and its partners (INTERPOL and TI) aim to assist Member States to enhance their capacity and integrity of criminal justice institutions to detect, investigate, prosecute and adjudicate illicit cocaine trafficking cases, and to foster cooperation at the interregional level for effective action to tackle drug trafficking and related organized crime. For more information: