8 - 17 May 2017 - Following the successful two week technical training for Dog Handlers at the National Dog Academy (NDA) in Ghana, CRIMJUST provided a two week Specialized Operational Mentoring for Drug Detection Dog Handlers - Drug/Currency Detection. The training was provided upon request from the Executive Secretary of Narcotics Control Board (NACOB) of Ghana 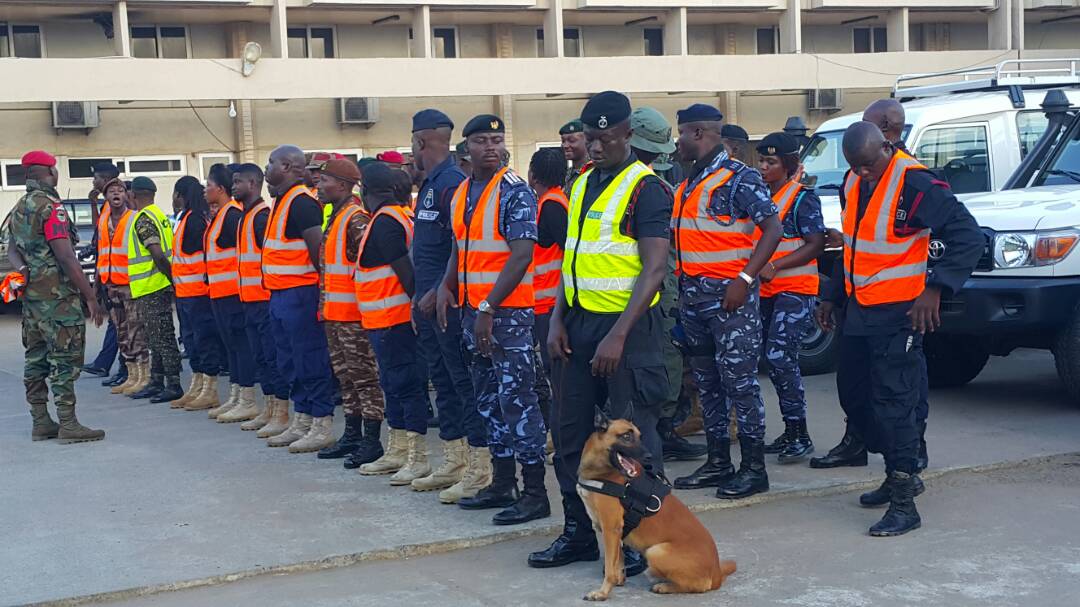 The Specialized Operational Mentoring For Drug Handlers - Drug/Currency Detection, is aimed at equipping law enforcement agencies, whose mandate covers the selected areas, with the requisite skills to detect drugs and currencies with the use of the trained dogs. Officers were trained and prepared to undertake a real time operation during this period, leading to the arrest and seizure of illicit substances. Forty-five (45) participants were selected to participate in the training. The participants were from NACOB, the Ghana Police Service/Criminal Investigations Department (CID), the Ghana Revenue Authority (GRA/Customs Divisions), and the Ghana Immigration Service (GIS).

The training was delivered by two experts from the Spanish National Police and split between theoretical learning in classes and operational training on location. This was carried out in various areas of the Kotoka International Airport and at the Aflao and Kpoglo borders, where searches were conducted on passengers, luggage and vehicles at the crossing points. 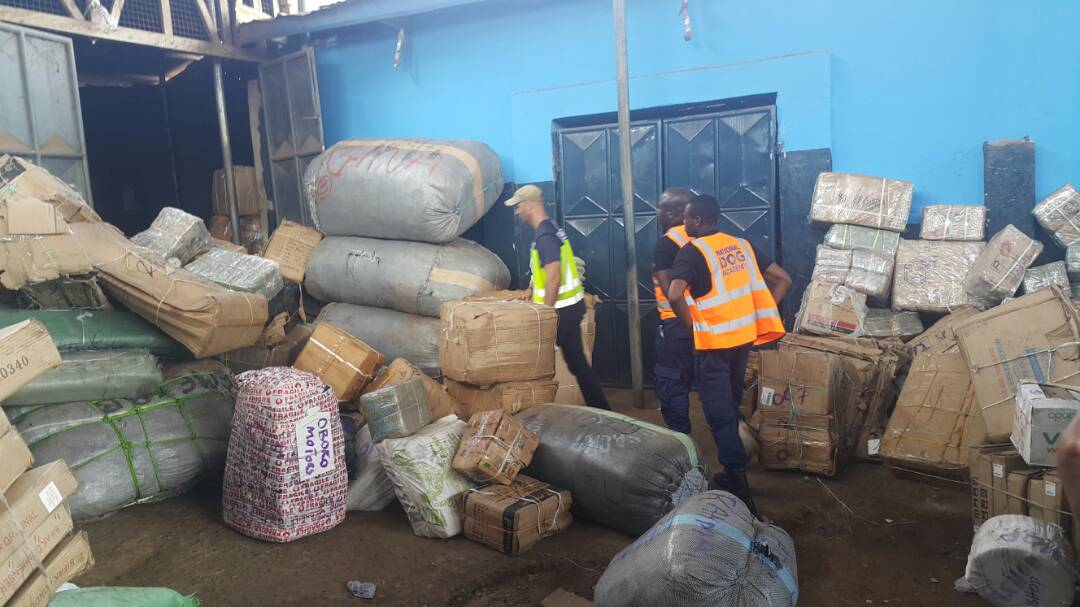 The operation has been described by all security agencies as a pilot initiative, organized with preventive and visibility objectives undertaken to deter drug dealers/traffickers and enhance effective seizures. The Togolese national authorities sent officials from the Drug Law Enforcement Agencies to the border to observe the activities and discuss possible joint cross-border actions. The evaluation of the training noted an overall satisfaction of the participants, and they positively rated the facilitation and moderation of the various activities, stating that the new skills acquired would benefit their future professional activities.

Such trainings should be supported in the future to ensure sustainable effectiveness of such measures.

Under the framework of the CRIMJUST project funded by EU Cocaine Route Programme, UNODC and its partners (INTERPOL and TI) aim to assist Member States to enhance their capacity and integrity of criminal justice institutions to detect, investigate, prosecute and adjudicate illicit cocaine trafficking cases, and to foster cooperation at the interregional level for effective action to tackle drug trafficking and related organized crime. For more information: