19-20 July 2018 - CRIMJUST, the West African Network of Central Authorities and Prosecutors (WACAP) and the UNODC Project "Response to Drugs and Related Organized Crime in Nigeria" held a two-day practical exercise on strengthening integrity and strategy in investigation and prosecution of complex cases. 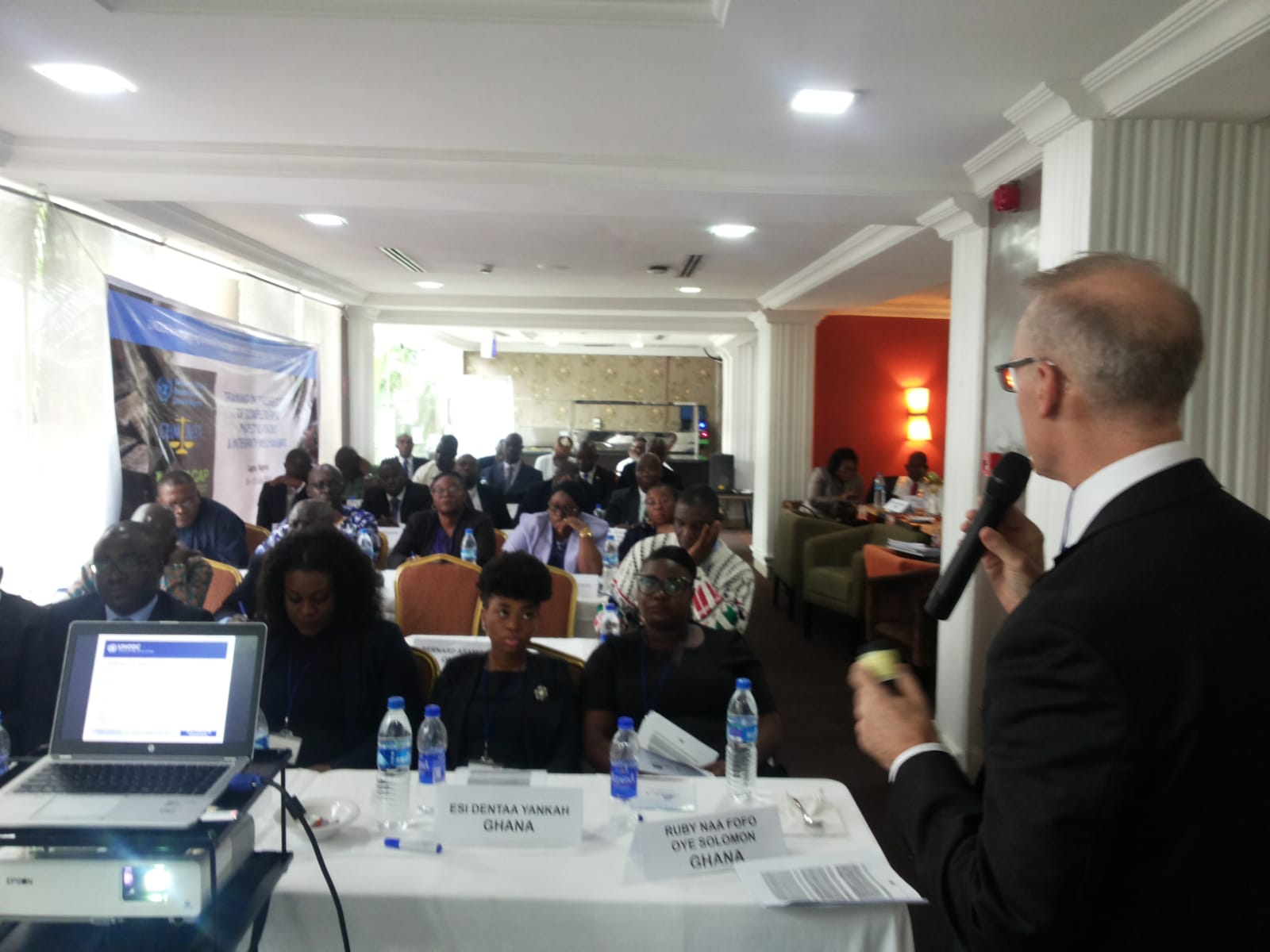 "A non-profit charity organization recently opened an office in your capital city. The NGO's bank account shows suspicious patterns, including cash deposits and international wire transfers, but no expenses for humanitarian activities. Cash deposits are all under USD 10,000, which generally avoid attracting too much unwanted attention. Debits on the account are made through wire transfers, some of which are international. Those suspicious transactions were never reported, as the management of the bank considered that the NGO's bank account was operating normally. As a matter of fact, the bank manager is the brother-in-law of a long-serving parliamentarian of your country. Finally, a police report reveals that the NGO's representatives were previously investigated on suspicion of trafficking in narcotics, but could not be charged. As a prosecutor in charge of the case, what would you do?"

This is the scenario that was laid down to 30 criminal justice practitioners, mainly prosecutors, from Ghana, Liberia and Nigeria on 19 July 2018 in Lagos, Nigeria. For two days, participants of the Workshop on Strengthening Integrity in Investigation and Prosecution of Complex Cases had to review evidence and information provided as in a real-life situation. Jason Reichelt, Crime Prevention and Criminal Justice Officer in UNODC Vienna, guided them in conducting a preliminary analysis, leading to the development of a comprehensive investigation plan. The second day was devoted to discussing approaches and techniques when questioning witness who may become potential informants or cooperating offenders in the investigation. Practitioners had the opportunity to role-play the witness and the interviewers, using the different interviewing techniques (PEACE model, etc.) based on the level of cooperativeness of the witness.

Overall, participants put in practice their competences in investigation and prosecution of complex cases relating to corruption, drug trafficking and money laundering, among other offenses. 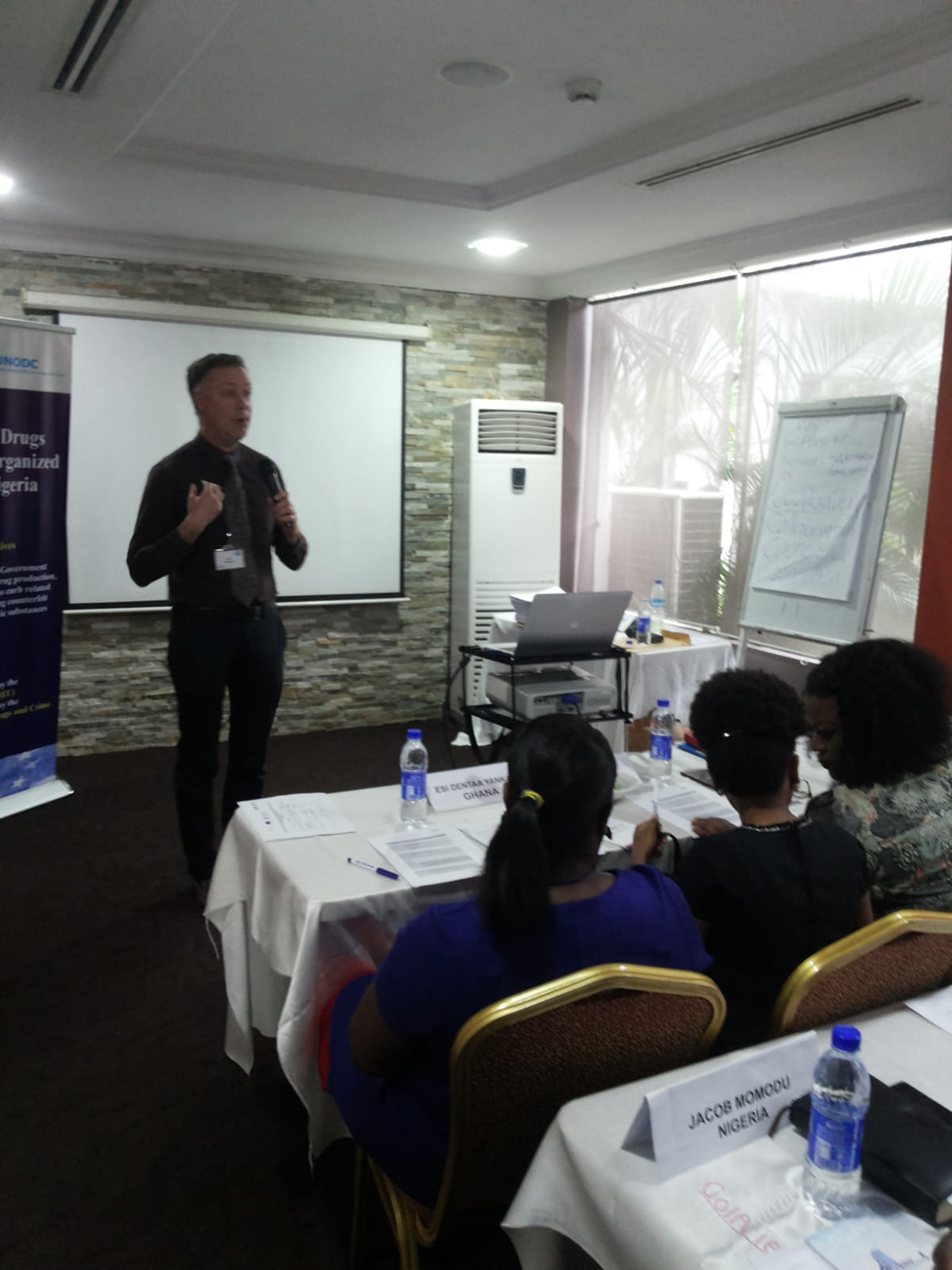 The workshop was designed based on the factual evidence of the crucial linkages of organized crime and corruption, that need to be addressed within a set of actions from state actors that mitigate risks and ensure the due process related with the investigations of serious organize crime. This workshop was developed as an answer to integrity and ethics challenges in corruption cases that not only weaken the rule of law but also threaten society as a whole. Ongoing support to developing national and regional capacities to prevent and effectively address corruption has long been a priority for UNODC. Since corruption  continue to represents a major obstacle to reaching the  Sustainable Development Goals (SDGs) as it hampers stability, rule of law and institutional integrity.