2 February 2017 - UNODC  in the framework of CRIMJUST programme, organized a workshop focusing on "Institutional Integrity: A key building block in strengthening criminal investigation and cooperation along the Cocaine Route", from 31 January to 1 February 2017, in Panama City. 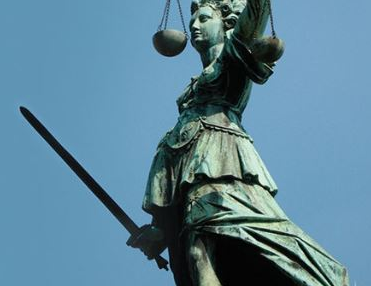 UNODC Regional Office for Central America and the Caribbean (ROPAN), with the support from UNODC experts from Vienna Headquarters and Regional Office on West and Central Africa (ROSEN), organized the first workshop focused on Institutional Integrity, within the framework of the CRIMJUST programme: "Strengthening criminal investigation and criminal justice cooperation along the cocaine route in Latin America, the Caribbean and West Africa".  This is the first of a series of workshops under this programme, scheduled until 2020.

This initiative received support from the European Union Delegation and the Government of Panama. During the opening remarks a common element was present throughout the interventions; the need to continue reducing vulnerabilities and empower institutional integrity elements that could increase efficiency  in the tackling of transnational organized crime, including drug trafficking. The inaugural session was conducted by the General Secretary of the Attorney General's Office, Mr. Rolando Rodriguez; the Chargé d'Affaires of the European Union Delegation, Mr. Giovanni di Girolamo; the Sub-secretary of the National Security Council, Mr. Jacinto Gómez and the UNODC Regional Representative for Central America and the Caribbean, Mr. Amado Philip de Andrés.

Mr. Amado Philip de Andrés highlighted the importance of the European Union's support to this initiative. He indicated that as corruption has become a global issue, we must unite efforts to prevent and fight it, by strengthening international cooperation and networks that would allow anti-narcotic units to share relevant statistics and good practices.

Mr. Jacinto Gómez highlighted Panama's commitment to the CrimJust programme, as  large scale organized crime groups are targeting the public sector through means such as bribery, corruption, infiltration and violence to undermine their efforts of fighting drug trafficking. In response, law enforcement units and counter narcotic units are building up their capacities to detect and investigate cases. In this sense, Panama confiscated in 2016, nearly 60% more drugs than in 2014, cocaine being 90% of the total.

Among the topics discussed were: anti-narcotics units and their specific vulnerabilities towards corruption; selecting, training and vetting procedures for staff in anti-narcotics units; case management, processes and SOPs through an anti-corruption lens; codes of conduct; reporting mechanisms; internal and external oversight mechanisms as well as disciplinary measures.

Highlighting the inter-regional dimension of the workshop and topics discussed, a total of fifty (50) participants from both Latin American and West African countries (Cape Verde, Ghana, Guinea Bissau, Nigeria, Dominican Republic, Brazil, Colombia, Peru and Panama) attended the event and benefited from sharing their experiences and common challenges.

Participants represented a wide range of different criminal justice actors, including among others, police officers, intelligence analysts, front line officers working in external borders (airports- AIRCOP and seaports - CCP) as well as public prosecutors and border control service officers. As an overall conclusion, participants agreed on the need of strong international cooperation in the prevention and fight against corruption, as well as a thorough training in integrity and ethics in order to preserve the rule of law and protect public institutions

- UNODC Regional Office for Central America And the Caribbean (ROPAN)