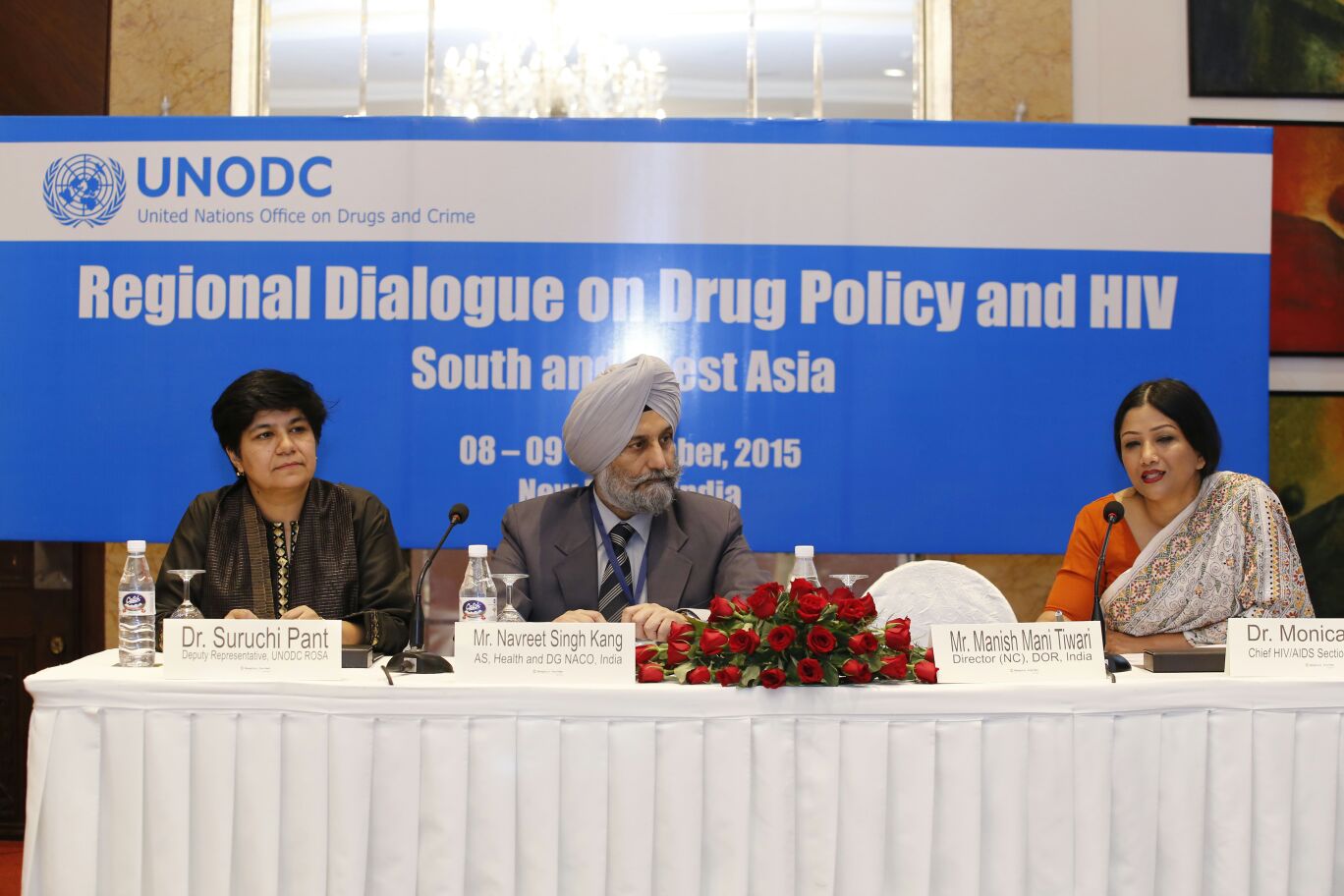 In supporting and equipping countries to contribute to drug policies and their impact on HIV, UNODC begun a two-day regional meeting on 8 - 9 September in New Delhi, India.

This Special Session is informed by the 2009 "Political Declaration and Plan of Action on International Cooperation towards an Integrated and Balanced Strategy to Counter the World Drug Problem", which defined actions to be taken by Member States as well as goals to be achieved by 2019.

Participants to the event include representatives from national drug control agencies, civil society and community based organizations, including people who use drugs, as well as UNODC, UNAIDS, WHO, UNDP and the World Bank.

The stakeholders, who are drawn from Afghanistan, Bangladesh, Bhutan, India, Iran, Maldives, Nepal, Pakistan and Sri Lanka, are discussing existing drug policies as they relates to HIV in their countries, share good practices, and set their advocacy agenda for (UN General Assembly Special Session) UNGASS on Drugs, 2016

"Our objective is to provide an environment where these stakeholders from different sectors can engage openly in an evidence-informed dialogue on HIV and drug policies," Dr Beg said.

The two-day dialogue will also seek to identify how drug policy frameworks can be strengthened to ensure that people who use drugs are protected from any cruel, inhuman and degrading treatment and to ensure that their right to health is respected in the context of HIV.

To date UNODC has organized similar regional dialogues in Ukraine and Brazil.

"Over the next months, we will host similar consultations in Bangkok, Dakar and Rabat," Dr Beg concluded.