Between 30 November and 2 December 2008, expert law enforcers and prosecutors from around the world gathered in Saly, Senegal, to share their experience in investigating and prosecuting migrant smuggling with a view to providing practical input to the elaboration of basic training modules on preventing and combating the Smuggling of Migrants.

The meeting was the first of a series of expert group meetings to develop anti-migrant smuggling training modules for law enforcers and prosecutors. The modules will be developed in such a way that they can be adapted to the needs of different regions and countries, and can serve as the basis for upgrading or supplementing training programs of national training institutes.

This Expert Group Meeting in Senegal offered a structured forum in which expertise could be gathered for the elaboration of draft training modules, and experiences could be shared among colleagues working against migrant smuggling around the world. The diversity of participants allowed for lively discussions which will be reflected in the draft training modules which will now be drafted against the backdrop of this Expert Group Meeting.

The thematic areas addressed in the course of the meeting were: 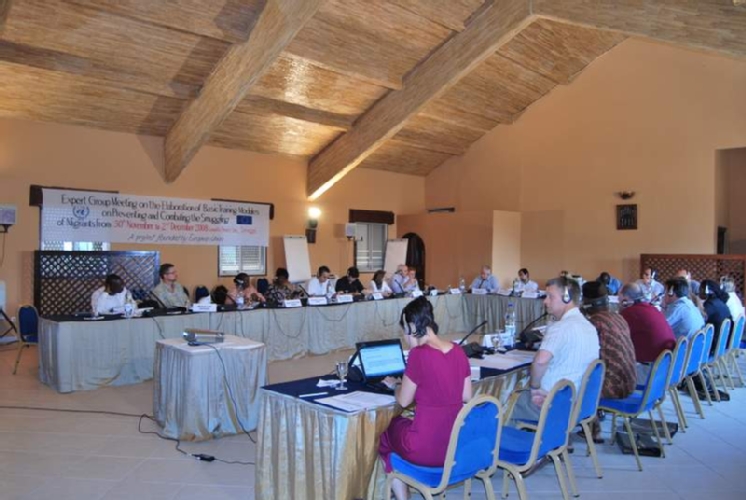