Human Trafficking is a global problem. The exploitation of people does not stop at country, regional or even religious borders. Trafficking in persons transcends geographical boundaries, as well as economic, cultural, social, political and religious divisions.  It occurs where there is economic destitution and where there is economic prosperity.  Its victims and its culprits hail from all walks of life; from all cultural and religious backgrounds. This grievous reality highlights to us that while the problems that each country faces are unique, the solution to them must be a joint one. Measures targeted to combat trafficking, must, like the crime itself, transcend geographical, economic, cultural and religious boundaries.

Against this background, UNODC is proud to present the paper, Combating Trafficking in Persons in accordance with the Principles of Islamic Law.

A UNODC initiative, the paper was drafted by Professor Mohamed Y. Mattar, Research Professor of Law and Executive Director of the Protection Project at the Johns Hopkins University School of Advanced International Studies (SAIS) under the guidance of UNODC's Anti-Human Trafficking and Migrant Smuggling Unit (AHTMSU). The publication and translation of the paper into Arabic was made possible through cooperation with Naif Arab University for Security Sciences. 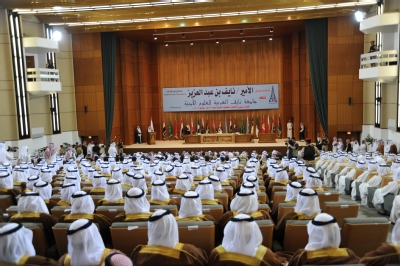 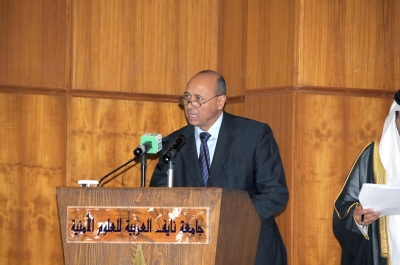 Representing UNODC at the launch of the paper, Mr. Mohamed Adbul-Aziz, Regional Representative for the Middle East and North Africa, expressed his gratitude to the Kingdom of Saudi Arabia - and Naif Arab University of Social Sciences particularly - for its support in the publication, translation and launch of the paper.  Mr. Abdul-Aziz stressed that Islamic law has much to offer the fight against trafficking in persons and expressed his hope that Saudi Arabia's initiative in supporting this landmark publication will reverberate throughout the Islamic world in its quest to combat human trafficking, and welcomed future collaboration to this end. 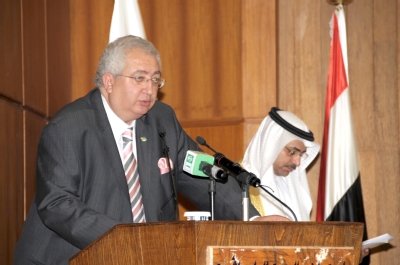 In his address, Professor Mohamed Mattar of Johns Hopkins University explained that the paper Combating Trafficking in Persons in accordance with the Principles of Islamic Law addresses principles on the prohibition of exploitation and slavery in both International and Islamic law, as well as principles providing protection for its victims. The paper is targeted both at Islamic practitioners who want to learn more about combating human trafficking and also at anti-trafficking practitioners wanting to learn more about Islamic law.

The paper intends to generate discourse between and across boundaries, and to inspire a strong response to trafficking in persons that also transcends boundaries. It is hoped that the paper will not only reiterate to Islamic countries, the strength that Islamic law offers them in their fight against human trafficking, but also will reveal to non-Islamic countries, the strong alliance that can be found in their Islamic partners.

Go to News and Events