Tasked with the development of campaigns to prevent trafficking in persons, the recently established Inter-secretariat Commission to Prevent and Prosecute Trafficking in Persons, unanimously approved on July 16 UNODC proposal to launch the "blue heart campaign" in Mexico, as the first country in Latin America to take the lead in this global movement. 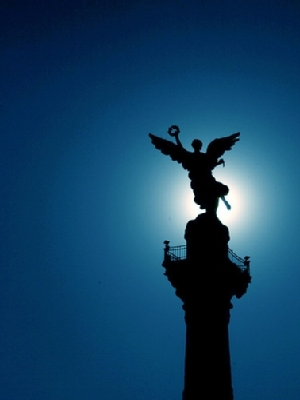 Francisco Gómez Montt Urueta, Secretary of Interior, encouraged all members of the Inter-secretariat Commission to focus their efforts in generating a comprehensive national plan to prevent and combat trafficking in persons, avoiding bureaucratic bottlenecks and keeping in mind that humans are not for sale.

Felipe De La Torre, UNODC crime prevention expert in Mexico City comments: "As a country of origin, transit and destination, Mexico is showing great commitment to tackle trafficking in persons with the creation of this federal body. Awareness raising constitutes a key component of this coordinated multi-institutional response". "Thousands of victims", continues De La Torre, "are either exported from Mexico, transported via Mexico, or arrive to Mexico with the hope of better opportunities. With the adoption of the Blue Heart campaign, UNODC and Mexico join forces to encourage involvement of individuals, non-profit organizations, and the private sector against this crime that shames us all".

Mariana Alegret, UNODC project assistant in Mexico City, adds: "In the coming months UNODC will work together with the Mexican Government in the organization of a series of events aimed at sensitizing, educating and inspiring action to help stop trafficking in persons. A comprehensive calendar of roundtables with universities, the private sector and the media will be held in order to exchange views on their role in preventing trafficking in persons".

"This campaign", concludes De La Torre, "constitutes a key opportunity for UNODC to enter strongly in Mexico not only with the Attorney General's Office (our traditional counterpart) but also with all federal institutions".