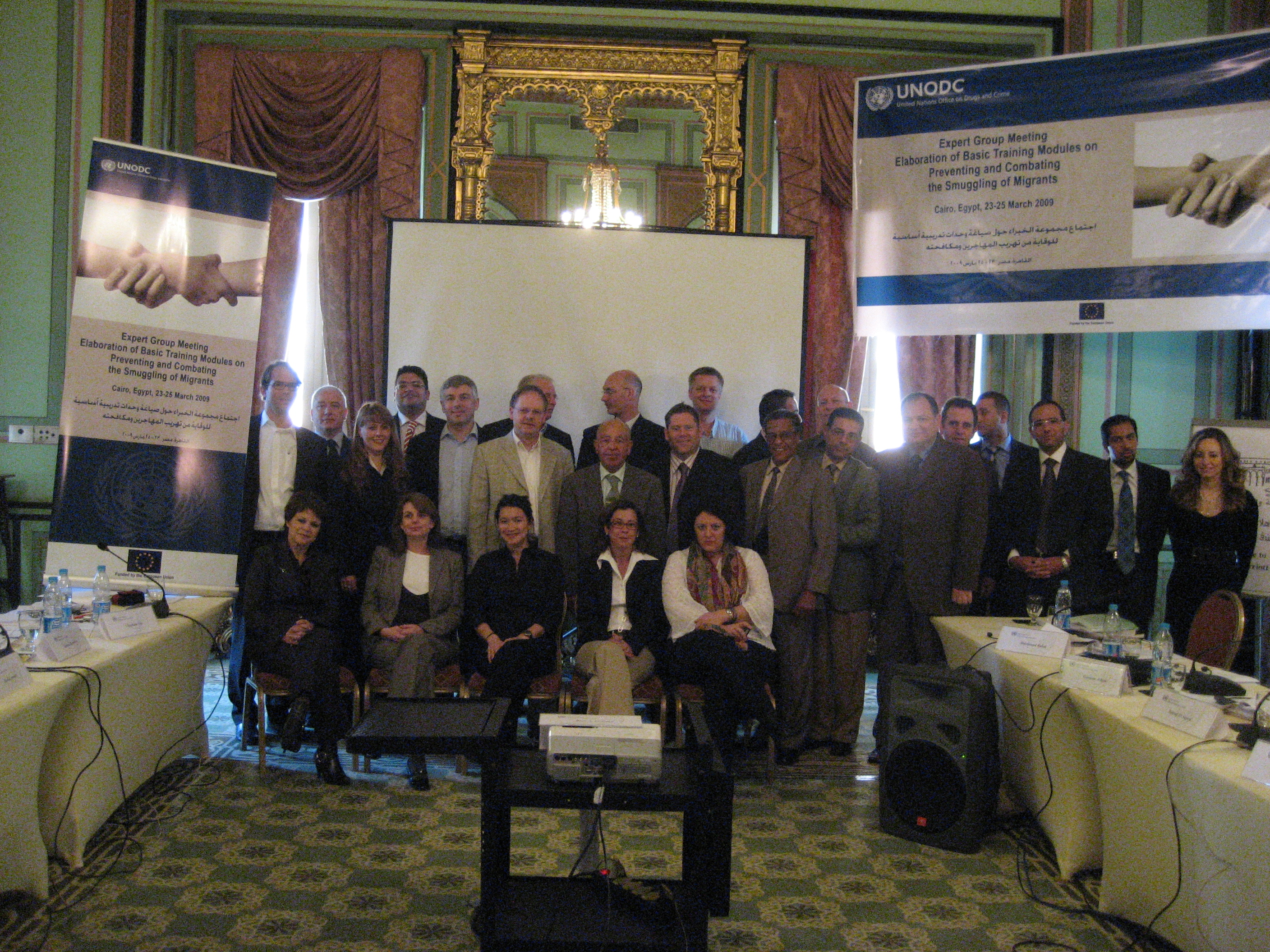 Between 23 and 25 March 2009, criminal justice practitioners met in Cairo, Egypt, to review training material on preventing and combating the smuggling of migrants.

The meeting was the second of a series of expert group meetings (EGM) to develop anti-migrant smuggling training modules for law enforcers and prosecutors. Based on analogous training materials available and inputs contributed by experts at the first EGM, which took place in Senegal in December 2008, a first set of draft training modules was elaborated prior to the Cairo EGM.

The Cairo Expert Group Meeting (EGM) gathered additional expert input in order to further develop the general training modules while also adapting them to the specific regional and national contexts of North Africa.

The meeting was hosted by the UNODC Regional Office for the Middle East and North Africa. The meeting was made possible through funding received from the European Union.