A United Voice to the Protection of Migrants 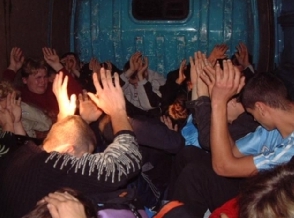 The vital work of United Nations Office on Drugs and Crime (UNODC) and others to respond to the complex and wide-ranging issues relating to migration, including trafficking in persons and smuggling of migrants, has been underlined at the world's foremost migration forum.

In her keynote speech Ms Navi Pillay, as Chair of the Global Migration forum (GMG), at the Fourth Global Forum on Migration and Development (GFMD) in Mexico on 10 November 2010 stressed the need for international organizations to work constructively with Governments, civil society, social partners, national human rights institutions and other stakeholders, to respond to the multiple and multifaceted challenges presented by international migration. The speech also stated that migrants in irregular situations are oftentimes prone to exploitation by trafficking and smuggling organized crime groups.

"On 30 September this year, the GMG Principals adopted a landmark statement speaking out in one voice for the protection of the human rights of all migrants, particularly those who are in an irregular situation.

Migrants in such a situation are more likely to face discrimination, exclusion, exploitation and abuse at all stages of the migration process. They are often denied even the most basic labour protections, due process guarantees, personal security, and healthcare. They often face prolonged detention or ill-treatment, and in some cases enslavement, rape or even murder. They are more likely to be targeted by xenophobes and racists, victimized by unscrupulous employers and sexual predators, and can easily fall prey to criminal traffickers and smugglers. Rendered vulnerable by their irregular status, these men, women and children are often afraid or unable to seek protection and relief from the authorities of countries of origin, transit or destination." 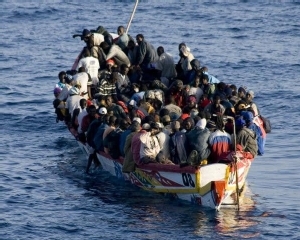 The primary goal of UNODC with respect to combating the trafficking in persons and smuggling of migrants is to promote global adherence to the United Nations Convention against Transnational Organized Crime (UNTOC) and the Protocols thereto, including the Protocol to Prevent, Suppress and Punish Trafficking in Persons, Especially Women and Children; the Protocol against the Smuggling of Migrants by Land, Sea and Air, and to assist States in their efforts to effectively implement them.

As a member of the GMG UNODC aims to assist Member States in ensuring that the rights of trafficked persons and smuggled migrants are protected. In this regard, the protection of migrants' rights is a core feature of both Protocols. For instance, Paragraph 3 of the Smuggling of Migrants Protocol's Preamble recommends that State parties provide migrants with humane treatment and full protection of their rights. Article 16 draws attention to State parties obligations under international law to uphold migrants' right to life, the right not to be subjected to torture, the right not to be subjected to other cruel, inhuman or degrading treatment or punishment, and protection against violence.

The full address of Ms. Navi Pillay current Chair of the 16-agency* Global Migration Group can be read here

Migrant Smuggling and the response of UNODC

Human Trafficking and the response of UNODC

United Nations Convention against Transnational Organized Crime (UNTOC) and the Protocols thereto, including the Protocol to Prevent, Suppress and Punish Trafficking in Persons, Especially Women and Children; the Protocol against the Smuggling of Migrants by Land, Sea and Air