On the 27 th to the 29 th of January 2010, the Second Meeting of the Working Group on Trafficking in Persons was held in Vienna, Austria. The meeting was attended by some 200 country delegations, who came together to discuss the following issues:

Each of the sessions was supported by an expert panel comprised of participants who shared their experiences of fighting trafficking in persons in their own country contexts. 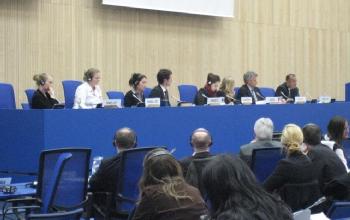 Analysis of key concepts for the Trafficking in Persons Protocol 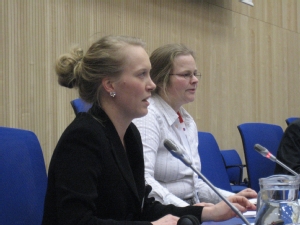 Mr. Olivier Weber of France noted the achievements of the Trafficking in Persons Protocol in achieving a universal understanding of trafficking in persons. Mr. Weber stressed that tools created by UNODC and others should be relied on in having holistic anti-trafficking approaches which are victim-centred.

Background Paper on Analysis of Key Concepts for the Trafficking in Persons Protocol prepared by the Secretariat is available here.

Good practices in reducing the demand for exploitative services 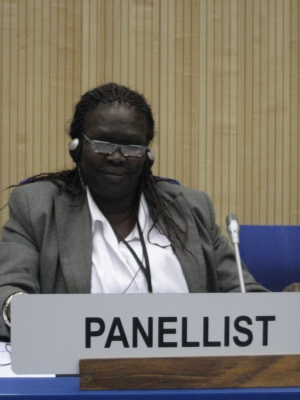 Ms. Sitona Abde la Osman shared the experience of Sudan in the fight against trafficking in persons. She stated that between 2005 and 2009 the Sudaneses government conducted a study which included a number of findings on why civil wars led to the proliferation of crime. The study then guided the government in terms of issuing instructions to relevant ministries, enacting various legislation to combat the most egregious forms of organized crime, including trafficking in persons and a process for self-assessment.

Mr. Jan Austad discussed the ways in which Norway has dealt with reducing the demand for sexual services. With an increase of prostitution in Norway in recent years, public opinion formed was that the seller needed to be protected because she or he might be a victim of trafficking. A national discussion developed as to whether or not to criminalize the purchase of such services and whether a change of law would make the situation better or worse for the seller. Parliament criminalized the purchase of sexual services in 2008 resulting in a reduction in street prostitution and less clients in search of sexual services. Norway is conducting research to ascertain how the law affects attitudes and the people working in prostitution, and on those who purchase the sexual services of prostitutes. He stated that while the United Nations Trafficking Protocol is neutral on the issue of prostitution, States cannot be neutral.

Mr. Berlan Pars Alan of Turkey presented good practices and tools in reducing demand for exploitative services in Turkey. Mr. Alan also shared the findings of research on the supply and demand considerations at play in trafficking in persons. He stressed the power relationships involved in the relationship between traffickers, trafficked victims and persons who use exploitative sexual services. Mr. Alan stressed that where unequal relationships are legitimized by culture, demand must be reduced by a concerted and coherent approach to change the social, economic and international inequalities underlying the phenomenon. In relation to organ trafficking and trafficking of persons for the purpose of organ removal, Mr. Alan stressed that measures should be taken to closely monitor clinics and hospitals where organs are transplanted. Generally Mr. Allan underlined that increased cooperation, increased knowledge, awareness-raising initiatives and multi-agency responses are required to reduce demand.

Background Paper on Good practices in reducing the demand for exploitative services prepared by the Secretariat is available here.

Non-punishment and non-prosecution of victims of trafficking in persons

The panel brought together to discuss non-punishment and non-prosecution of victims of trafficking in persons was comprised of Mr. John Richmond of the United States of America, and Mr. Wanchai Roujanavong of Thailand. 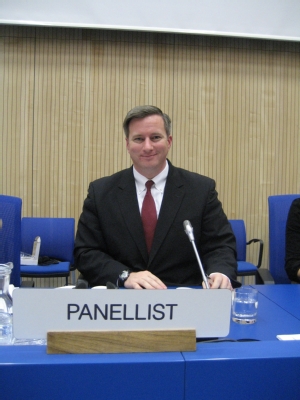 Mr. Richmond shared his experiences as a prosecutor of human traffickers. He explained that a victim-centred approach increases the chance of securing a prosecution of traffickers by empowering victims to take part in the criminal justice process. Beyond non-prosecution of trafficking victims being supported by law in the United States, Mr. Richmond also stressed that this is a practical prosecutorial strategy. The challenges that may arise by virtue of non-prosecution are overcome by cross-collaboration. Mr. Richmond noted that much of the evidence that is needed to convict traffickers comes from testimony; without securing the cooperation of victims this evidence will not be brought. A victim-centred approach was therefore not only crucial to victim recovery but also for prosecution of traffickers. 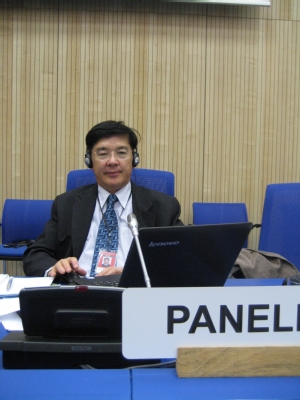 Background Paper on non-punishment and non-prosecution of victims of trafficking in persons, prepared by the Secretariat is available here.

Good practices and tools for use in case management

In discussing good practices and tools for use in case management, including by front-line law enforcement authorities responding to trafficking in persons, Ms. Irene Herrerías Guerra and Mr Jean-François Minet shared experiences from Mexico and Belgium respectively.

Ms. Guerra highlighted the Mexican experience of information sharing to enhance cooperation and coordinated response and the significance of victim protection at trial. Mexican cooperation with the United States was raised as a good practice of cross border multi-agency cooperation. Ms. Guerra also underlined the value of specialized units to bring together various anti-trafficking actors in both investigation and prosecution.

Mr. Jean-François Minet, who is in charge of national coordination in the field of anti-trafficking in Belgium, showcased three case management mechanisms used in Belgium. One, the appointment of specialized magistrates to serve as focal points for anti-trafficking responses in their jurisdiction; two, the organization of coordination meeting to bring anti-trafficking actors together; and three, ongoing and effective evaluation of the work of these initiatives. Mr. Minet highlighted the fact that coordination should not just be national and international, but also regional and local.

Background Paper on good practices and tools for use in case management, prepared by the secretariat is available here

Further information about the Second Meeting of the Working Group on Trafficking in Persons, including Background Papers in languages other than English is available here