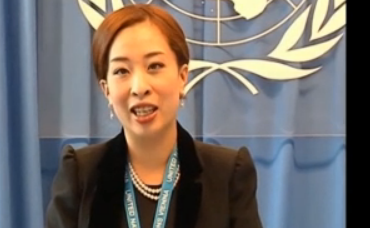 Panellists during a webinar on "Trafficking Prevention and the Victims: New United Nations and Academic Perspectives" called on governments, international organisations and NGOs to strengthen partnerships and build on their collective efforts to fight human trafficking around the world.

"The effects of globalization have increased the propensity for people to migrate in search for a better life and employment opportunities," Her Royal Highness Princess Bajrakitiyabha Mahidol, Chairperson of the twenty-first session of the United Nations Commission on Crime Prevention and Criminal Justice, stated in her welcome address. "It must be recognized, however, that migrants are often victims of crime. Once in the foreign lands, migrants, migrant workers and their families are vulnerable to abuse, violence and exploitation, particularly migrant women and migrant children. Violence can take many forms, including trafficking in persons, smuggling of migrants, racial discrimination, hate crimes, and victimization… the prevention of trafficking in persons requires coordinated and comprehensive responses."

A series of pre-recorded lectures by academics and experts from international organisations was followed by a live question and answer session in which panellists answered to questions that were posed by participants, both live in the room and around the world. Dr Michael Platzer, Chair of the Academic Council on the United Nations System, moderated the panel and welcomed online participants "from Austria, Czech Republic, Poland, Russia and Far East and West, South and North countries, including the Caribbean, Canada, China, Congo, Ireland, Finland, Japan, Portugal, Spain, The Republic of Korea, Sierra Leone, United Kingdom and USA."

One webinar participant posed the question: "How can you tell if human trafficking is happening in your country?" Panellist Martin Fowke, Crime Prevention and Criminal Justice Officer at UNODC, responded, "Human trafficking has been documented in almost every country in the world…rather than asking whether it's happening, we should ask what is happening in response."

Panellist Fabrizio Sarrica, Research Expert at UNODC, answered questions relating to the findings from the UNODC 2012 Global Report on Trafficking in Persons, which was published the day before the webinar. Other panellists addressed questions relating to the distinction between trafficking in persons and smuggling of migrants, border control, identification of victims and perpetrators, assistance and protection for victims. Dr. hab. Slawomir Redo, the initiator of the webinar, discussed crime prevention; Dr Redo included the webinar in the coursework of a class he teaches on The United Nations and Crime Prevention.

UNODC and the United Nations Information Service (UNIS) in Vienna organized the webinar in cooperation with the International Organization for Migration (IOM), the University of Vienna (Austria), the UN Academic Impact Initiative, the Academic Council on the United Nations System (ACUNS), universities and other educational and training institutions worldwide.

Click here to watch the webinar and pre-recorded statements.