What is Migrant Smuggling? Working towards a common understanding of the international definition 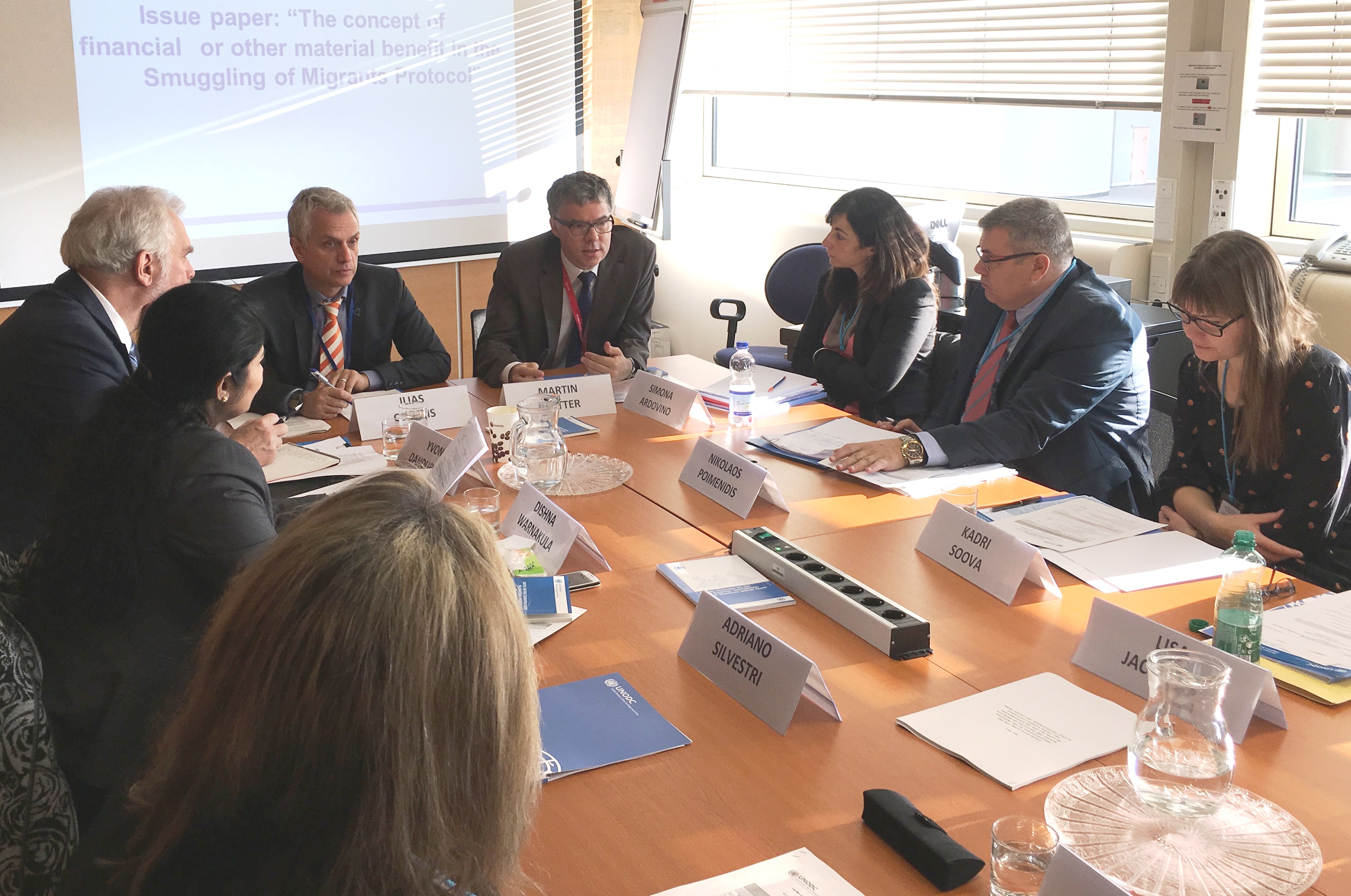 By signing, in 2000, the Protocol against the Smuggling of Migrants by Land, Sea and Air, supplementing the UN Convention on Transnational Organized Crime (the Smuggling of Migrants Protocol), States  agreed that the smuggling of migrants was a form of organized crime defined as the procurement of the illegal entry into a State of a person who is not a national or a permanent resident, for the purpose of obtaining a financial  or other material benefit.

Sixteen years after the adoption of this international definition, 142 States have become party to the Smuggling of Migrants Protocol. Migrant smuggling has affected many regions of the world in recent years, prompting many questions on its nature and the linkages with other crimes, including human trafficking due to the exploitation smuggled persons may suffer during their journey.

In order to understand how States fulfil their obligation to criminalize  migrant smuggling as per the Smuggling of Migrants Protocol , UNODC  has initiated a study with the support of the Government of Switzerland.

Scope and Methodology of the Study

UNODC identified, through a preliminary desk review, various legislative and judicial approaches practices by States with different legal systems and on different continents. Between August and October 2016, UNODC visited 13 countries (Australia, Canada, Germany, Greece, Indonesia, Italy, Malaysia, Mexico, Morocco, Sri Lanka, Tunisia, the United Kingdom, the United States of America) and initiated round table discussions with practitioners (prosecutors, judges, investigators, academics and other relevant officials) to gain insights about their understanding of the international law requirements, as well as of their national law and its application by courts.

It was found that several States participating in the study did not include the "profit element" in the legislation they used to address migrant smuggling but that practitioners usually took this aspect into consideration during investigations and prosecution of smuggling cases, and so did judges in their sentencing.  Moreover,  the legislation of some States provided for an aggravated sentenced where the "profit element" was present.

To finalize the process, UNODC invited practitioners from the countries visited, as well as experts from relevant international entities and institutions, to discuss the main findings of the study and agree on areas where guidance may be further needed. This expert group meeting took place in UNODC's Headquarters in Vienna, Austria, in November 2016.

Outcome of the Expert Group Meeting

At the end of the two days of consultations, participants in the expert group meeting agreed that, although the Smuggling of Migrants Protocol did not prevent States from creating criminal offences outside its scope - for example facilitation of illegal entry or illegal stay, it did not seek or provide a legal basis for the prosecution of the facilitation of illegal entry or illegal stay where there is no purpose to obtain a financial or other material benefit.

The participants also agreed on the need to include safeguards in order to ensure that faith-based organizations, civil society and individuals acting without any purpose to obtain a financial or other material benefit are excluded from the application of smuggling offences while ensuring that such approaches cannot be used as a loophole to escape justice.

These were important points to reaffirm to ensure a common understanding as well as an effective and coordinated approach, in line with the purpose of the Smuggling of Migrants Protocol which is to prevent and combat the smuggling of migrants and promote international cooperation to this end, while protecting the rights of those who are smuggled.

The study will be available in 2017 and is intended to inform inter-governmental processes such as the Working Group on the Smuggling of Migrants and the Conference of the Parties to the United Nations Convention on Transnational Organized Crime, support policy work at the international and national level; and provide information to guide the provision of technical assistance to States parties, especially in relation to legislative support and adjudication of cases.

Whether consulted in the context of this study or not, States, experts and practitioners are invited to share their legislation and case law relating to migrant smuggling with UNODC in order to broaden the base of the analysis of key concepts in the Smuggling of Migrants Protocol and for dissemination among the international community via SHERLOC, UNODC's data management portal.