On 20 - 22 December 2017, participants and UNODC experts had lively discussions and exchanges about how to best address trafficking in persons, cases in Rwanda and follow a victim-centred approach. UNODC together with the Government of Rwanda and in cooperation with IOM, hosted a 3-day Training of Trainers Workshop with the goal of enhancing the investigation and prosecution of trafficking in persons cases whilst simultaneously ensuring a victim-centred approach.

Within the framework of the UNODC Global Programme against Trafficking (2008 - 2018) and Regional Programme for Eastern Africa on Promoting the Rule of Law and Human Security in Eastern Africa (2016 - 2021), the event was held at the Golden Tulip La Palisse Hotel in Nyamata with financial support of the U.S. Department of State Office to Monitor and Combat Trafficking in Persons. The event brought together 26 experts from the Rwanda National Police, Rwanda Directorate General of Immigration and Emigration, and National Public Prosecution Authority including Witness/Victims Support Unit. 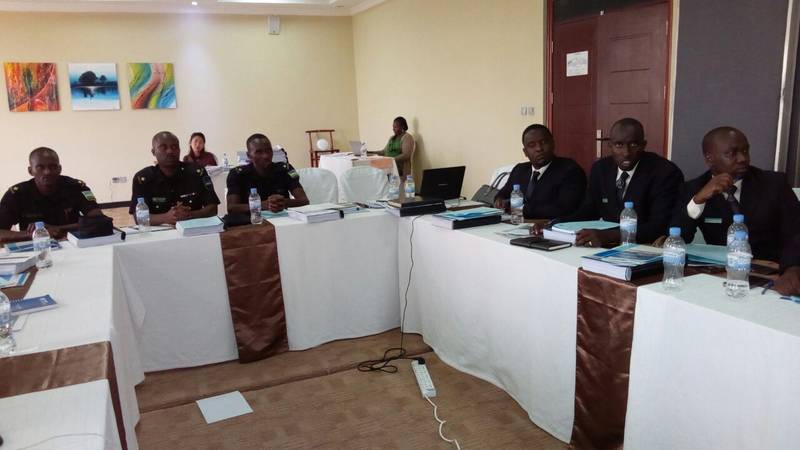 The meeting was opened by Mrs. Providence Umurungi, Head of International Justice and Judicial Cooperation Department of the Ministry of Justice, together with Mr. Denis Test, Political Officer of the U.S. Embassy in Rwanda. Welcoming words from the Regional Representative of UNODC Regional Office for Eastern Africa, Mr. Amado de Andrés, were read on behalf of UNODC. Mrs. Umurungi thanked UNODC for hosting the meeting and for supporting the Government of Rwanda in strengthening its criminal justice system to counter human trafficking.  She also mentioned that "Human Trafficking is a new trend of transnational organized crimes that the world is facing today, and Rwanda is not left behind by this phenomenon", and further noted that the training will greatly assist its officials in operationalising the anti-trafficking law in which the enactment is currently in progress. In turn, Mr. Test emphasised the importance of an improved criminal justice response in trafficking in persons cases since this crime robs persons of their personal freedom and dignity. In addition, UNODC stated that trafficking in persons continues to pose serious threats to Eastern Africa and beyond, which requires more coordinated approach and strategy among law enforcement agencies, such as immigration, workplace inspectors, police, and judiciary to counter human trafficking more forcefully. As such, more cooperation, more determination to arrest, detain and prosecute the guilty perpetrators is required to fight the crime. Effective criminal justice responses to this complex crime is crucial and therefore UNODC, as guardian of UNTOC and its supplementary Protocols, supports Member States to create and strengthen national capacity to counter human trafficking by providing technical advice and capacity building assistance. 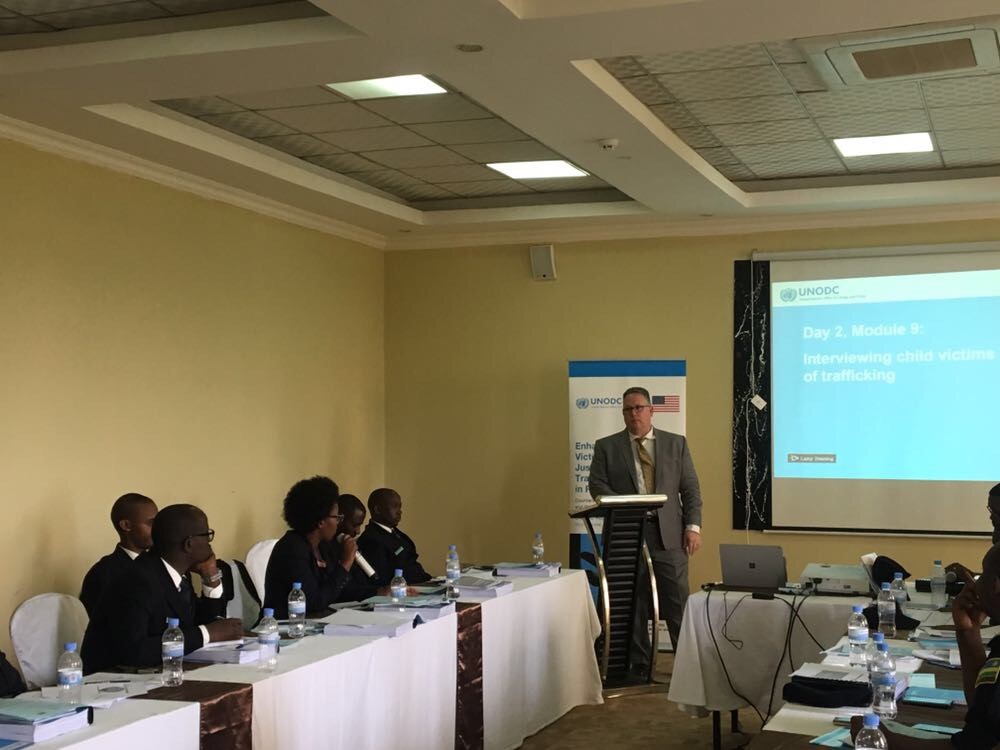 The training was facilitated by Mr. Derek Marsh, UNODC international expert, Si Ji Song, Associate Crime Prevention and Criminal Justice Officer from the UNODC Regional Office for Eastern Africa, and Pascale Reinke-Schreiber, Associate Expert at the UNODC Human Trafficking and Migrant Smuggling Section, through hands-on exercises and case studies on criminal investigations, and knowledge sharing. At the end of the training, participants were prepared to support their respective institutions in the application of the Palermo Protocol to counter human trafficking in Rwanda. In particular, the participants' interest in and understanding of a victim-centred approach will serve as a good basis for more effectively addressing trafficking in persons cases in Rwanda.

The series of training workshops will continue in Rwanda in February 2018.