4 July 2019 - On the margins of the 41st session of the Human Rights Council in Geneva on 25 June, United Nations Office on Drugs and Crime (UNODC) helped lead a panel discussion focused on addressing trafficking in women and girls in the context of global migration. The event, organized by Austria, Germany and Latvia, together with OHCHR and UN Women, addressed, in particular, the need for the early identification of victims of trafficking in mixed migration movements, as well as access to appropriate protection services and stronger remedies for victims, including those aimed at long-term social inclusion. 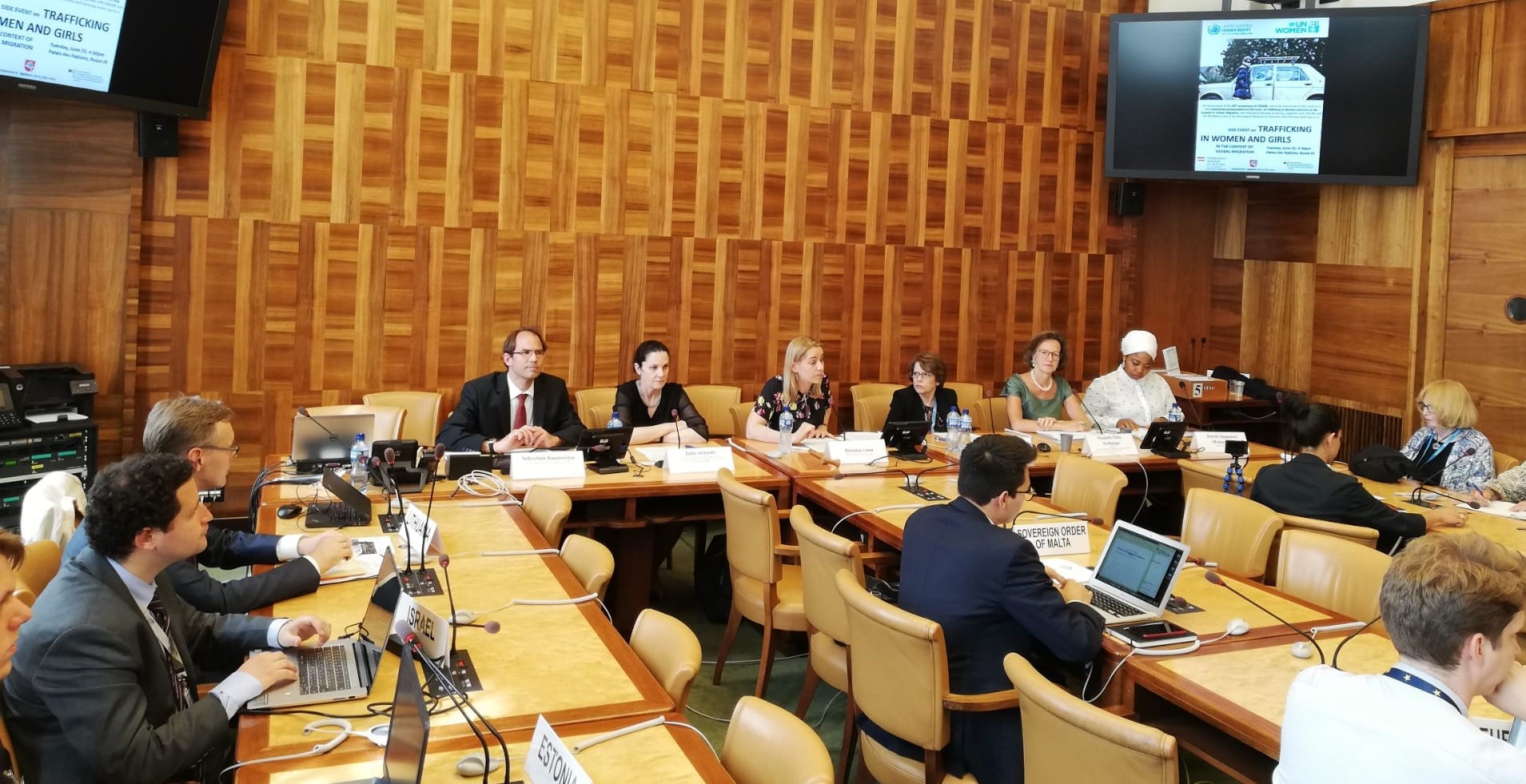 Drawing on its extensive normative and policy work, as well as its role within the UN Migration Network on Migration and implementation of the Global Compact on Safe, Orderly and Regular Migration, UNODC highlighted the importance of ending impunity of traffickers and the need for a gender-transformative approach to addressing trafficking in persons. UNODC also referenced the recent submission to the Committee on the Elimination of Discrimination against Women (CEDAW) on the  elaboration of the General Recommendation on Trafficking in Women and Girls in the Context of Global Migration, developed by the partner agencies comprising the Inter-agency Coordination Group against Trafficking in Persons (ICAT).

UNODC fully supports the elaboration of a CEDAW General Recommendation on addressing trafficking in women and girls in the context of global migration and believes it will help elaborate a holistic, multidisciplinary approach to counter trafficking in persons in a human rights-based, gender and age-responsive way.

For the latest about UNODC's work on Human Trafficking and Migrant Smuggling, follow us @UNODC and @UNODC_HTMSS