Zambia gains momentum in its review of the Anti-Human Trafficking Act No. 11 of 2008 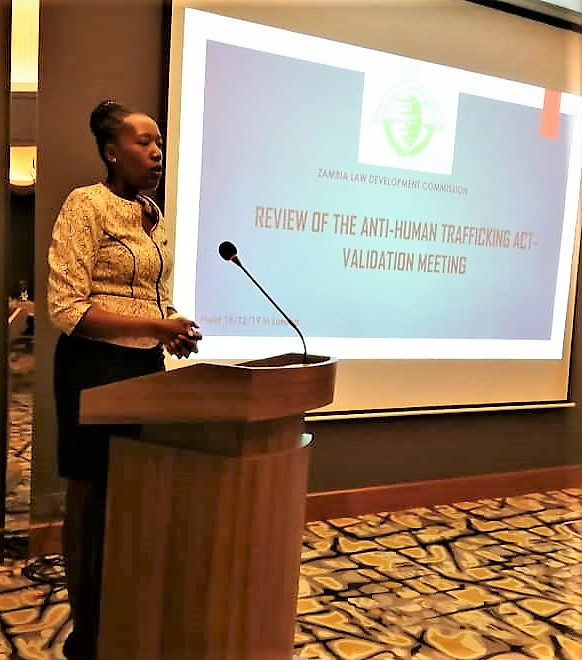 UNODC partnered with the Zambia Law Development Commission (ZLDC) to convene a validation meeting on 19 December 2019 for stakeholders on the review of the Anti-Human Trafficking Act No. 11 of 2008. The review was necessitated by the need to address the bottlenecks associated with the enforcement of the Act and re-aligning the provisions of the Act with the 2002 Protocol to Prevent, Suppress and Punish Trafficking in Persons (Palermo Protocol) as per Zambia's international obligations.

What methodology did we employ? The process was qualitative in nature. It was informed by findings from the desk review that considered national laws and policies relating to trafficking in persons and the international legal framework. Further, UNODC and ZLDC held a stakeholder inception meeting to receive submissions from stakeholders regarding challenges with the implementation of the Act in June 2019; a drafting meeting to develop the draft amendments to the Act in October 2019; and stakeholder validation meeting to gauge whether stakeholders' concerns and recommendations had been reflected in the draft amendments in December 2019.

What have we been able to achieve? Following the stakeholders' consultation and validation meetings, in which the following institutions (among others) participated: Zambia Police Service; National Prosecution Authority; CARITAS Zambia; Save the Children; UNODC; Immigration Department; Zambia Civic Education Association (ZCEA); Ministry of Community Development and Social Services; Undikumbukire Project Zambia; Ministry of Justice; Ministry of Home Affairs; and the Drug Enforcement Commission, the ZLDC has developed draft amendments to the Anti-Human Trafficking Act. Some of the salient proposals informing the amendments to the Act are as follows:

» Law enforcement officer under the Act has been defined to include Police Officers and Immigration Officers. The two departments are responsible for the implementation of the Act. They are the ones recognized under the Anti-Human Trafficking Policy and the National Referral Mechanism.

» The offense of Smuggling of Persons was recommended to be repealed from the Act. It is an immigration offense which must be dealt with separately from trafficking. Therefore, it was recommended that it should be contained in the Immigration and Deportation Act or be introduced in a specialized Act to deal with smuggling of persons.

» The draft amendments have broadened the composition of the Anti-Human Trafficking Committee to include the National Prosecution Authority, Zambia Correctional Service, the Judiciary and two NGOs dealing with matters concerning women and children.

» The draft amendments contains a special definition for child trafficking, which is not covered under the current Act, and does not require the proof of means used to commit the offense. This is in line with the Palermo Protocol.

» The draft amendments establish a department that will be responsible for the administration of the Act, so that there is a workforce that is dedicated to anti-human trafficking efforts.

» The draft amendments expands the provision of protection assistance to victims of trafficking. It does not limit such provision to instances where a victim expresses concern about safety. 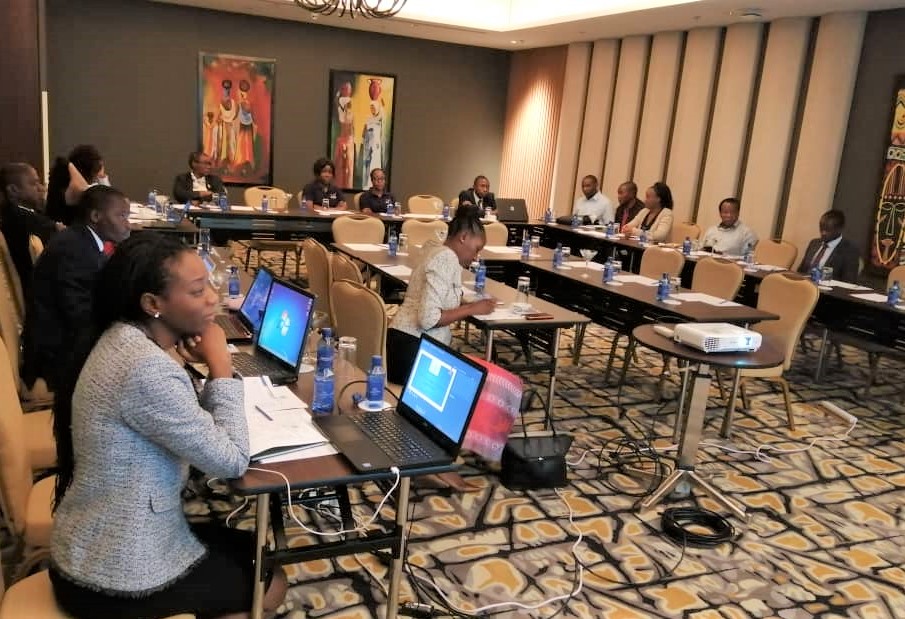 How did UNODC support this process? UNODC partners with the Zambia Law Development Commission (ZLDC) to strengthen the legal framework against trafficking in persons. UNODC has been working closely with the government of Zambia in a variety of counter-trafficking activities under the project " Strengthening the implementation of a comprehensive response to trafficking in persons in Zambia", funded by the United Kingdom. Implemented under the UNODC Global Programme against Trafficking in Persons, jointly with the UNODC Regional Office for Southern Africa, this project contributes to the implementation of the UN Sustainable Development Goals (SDGs) and in particular SDG 16 on Peace, Justice and Strong Institutions.