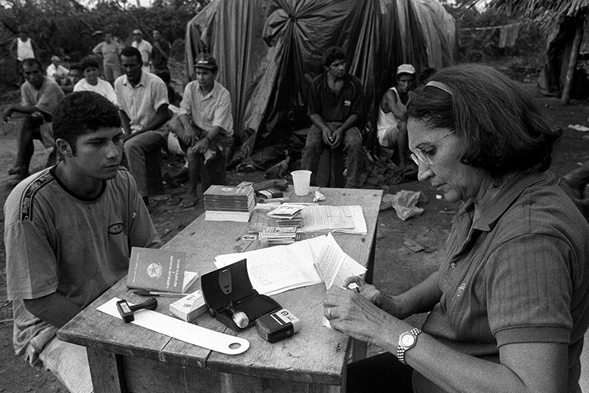 Brazil, 15 May 2020 - TRACK4TIP supported the Special Mobile Inspection Group belonging to the Division of Inspection for the Eradication of Slave Labour (DETRAE), under the Secretariat of Labour Inspection (SIT), in their 25 years’ celebration as a reference in the fight against slave labour. The Mobile Group works to ensure labour rights, while combating slave and degrading labour. Since its creation in 1995, the Mobile Group has rescued more than 54,000 workers. To celebrate the occasion, a Live was held on Friday 15th May 2020, which included seven panellists, and streamed by the School of Labour Inspection´s YouTube Channel. 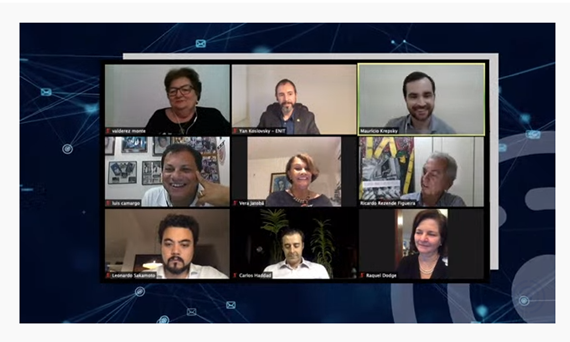 Besides addressing the importance of the Mobile Group in the fight against slave labour, panellists shared stories and recalled the many milestones and obstacles the Group faced since its beginnings and along its trajectory. The Undersecretary of Labour Inspection, Mr. Celso Amorim Araújo, highlighted two important achievements: the registration of employers who have subjected workers to conditions analogous to slavery as well as the consolidation of the legal concept of labour analogous to slavery in Brazil.

Ms. Vera Jatobá, Labour Inspector of the Special Mobile Inspection Group, reminded all that the Mobile Group´s creation “was not a task, it was a cause”, that counted on the support of different organizations, articulating and coordinating their efforts. Ms. Jatobá added “What was born to be an instrument became an institution... and in all these years, it has never deviated from its focus on combating slave labor.”  Mr. Ricardo Rezende Figueira, adjunct professor at the Federal University of Rio de Janeiro and Coordinator of the Contemporary Slave Labour Research Group, recounted the national public policies’ path to combat slave labour and the importance of science and knowledge in the design of these policies. Moreover, he emphasised the need to defend achievements and not allow for setbacks.

Ms. Raquel Dodge, Deputy Attorney General of the Republic, spoke on the importance of the National Forum against Violence in Rural Areas and the creation of the Special Mobile Inspection Group in the fight against slave labour. She articulated past and present, narrating the national journey from slavery towards the eradication of slavery, within a national context of violence, inequality, discrimination and prejudice. Ms. Dodge recalled the Forum as a place of meeting, bringing together institutions, segments of civil society as well as victims' voices, where conceiving solutions, through public policies, in order to fight work analogous to slavery was possible. At this Forum the need for a group of labour inspectors, immune from direct political influences of those in power, landowners, and those that encouraged or colluded with the violence that takes place in the countryside, was conceived. 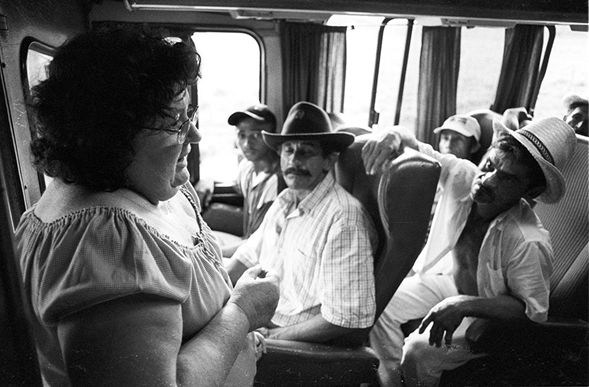 Ms. Valderez Maria Monte Rodrigues, lawyer and Labour Inspector, recalled her personal history and dedication to shaping the Special Mobile Inspection Group. She cautioned that there are still many challenges that lie ahead in order to maintain all that has been achieved, and reminded all that the lack of dignity and citizenship have always stalked working relationships. Mr. Luis Antonio Camargo de Melo, retired labour attorney and former Attorney General of Labour, shared his experience in participating of the first Mobil Group Operation. He highlighted the importance of articulating with other governmental institutions, as well as the NGO Reporter Brazil and the Pastoral Land Commission in advancing the national policy against slave labour. Mr. Carlos Haddad, Federal Judge, adjunct professor of law at UFMG, and Coordinator of the Slave Labour and Human Trafficking Clinic, stated that the Mobile Group was the most important part of the fight against slave labour and underlined Group´s role in collecting evidence to be used in criminal proceedings.

The last panellist, Mr.Leonardo Sakamoto, journalist, Director of the NGO Repórter Brasil and UN Special Rapporteur on contemporary forms of slavery, addressed trafficking in persons for forced labour within the context of mixed migration. He explained that Brazil’s economic growth made the country attractive for migrants from various nationalities in search of opportunities. In periods of economic growth migration is tolerated, however at times of the economic crisis, tolerance becomes intolerance, leading to reported cases of xenophobic violence and acts of hate. According to Mr. Sakamoto, the COVID -19 pandemic has highlighted the vulnerability of migrant workers, many of whom do not have access to governmental cash transference programs and other state benefits and services. Mr. Sakamoto recounted that the migration of Venezuelan workers to Brazil who enter through the state of Roraima, was initially received with mixed reactions. Some were welcome, companies acted in good faith, but other companies took advantage of the fact that it was a group of workers without unionization, social protection, support networks and willing to work more and receive less. Statistics belonging to the Secretariat of Labour Inspection showed that by 2019 half of the cases of slave labour involved Venezuelan workers and Venezuelan migrants. Moreover, implementing public policies to combat slave labour within migration, requires not only a criminal perspective, but also a human rights perspective in Brazil as well as outside Brazil. Regional integration, guaranteeing the quality of life in other countries, tackling worldwide chronic social inequality are key factors in combating migrant slave labour. He ended by stating “People should not have to migrate in despair, may they migrate in search of hope, but not in despair”.

The project is being implemented and reaches eight countries across South America and the Caribbean with actions at national and regional level among Ecuador, Peru, Brazil, Colombia, the Dominican Republic, Trinidad and Tobago, Curacao and Aruba. The overall objective of the project is to enhance the regional criminal justice response to human trafficking among migration flows within the beneficiary countries following a victim-centered and multidisciplinary approach working at the regional and local levels to identify, prevent and prosecute cases.

25 Years of Combating Slave Labor in Brazil: The Special Group on Mobile Inspection