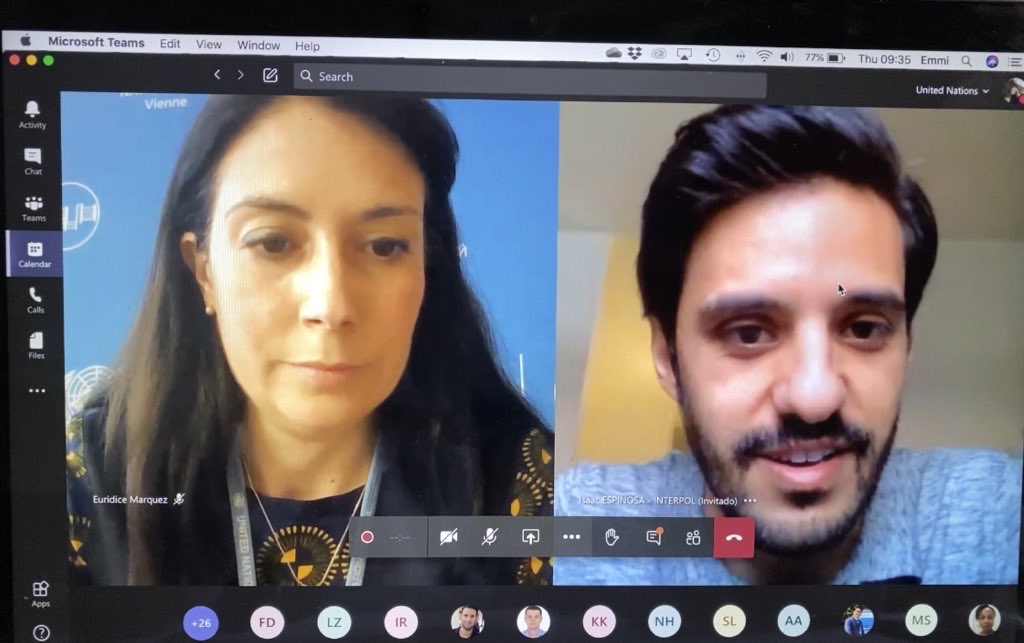 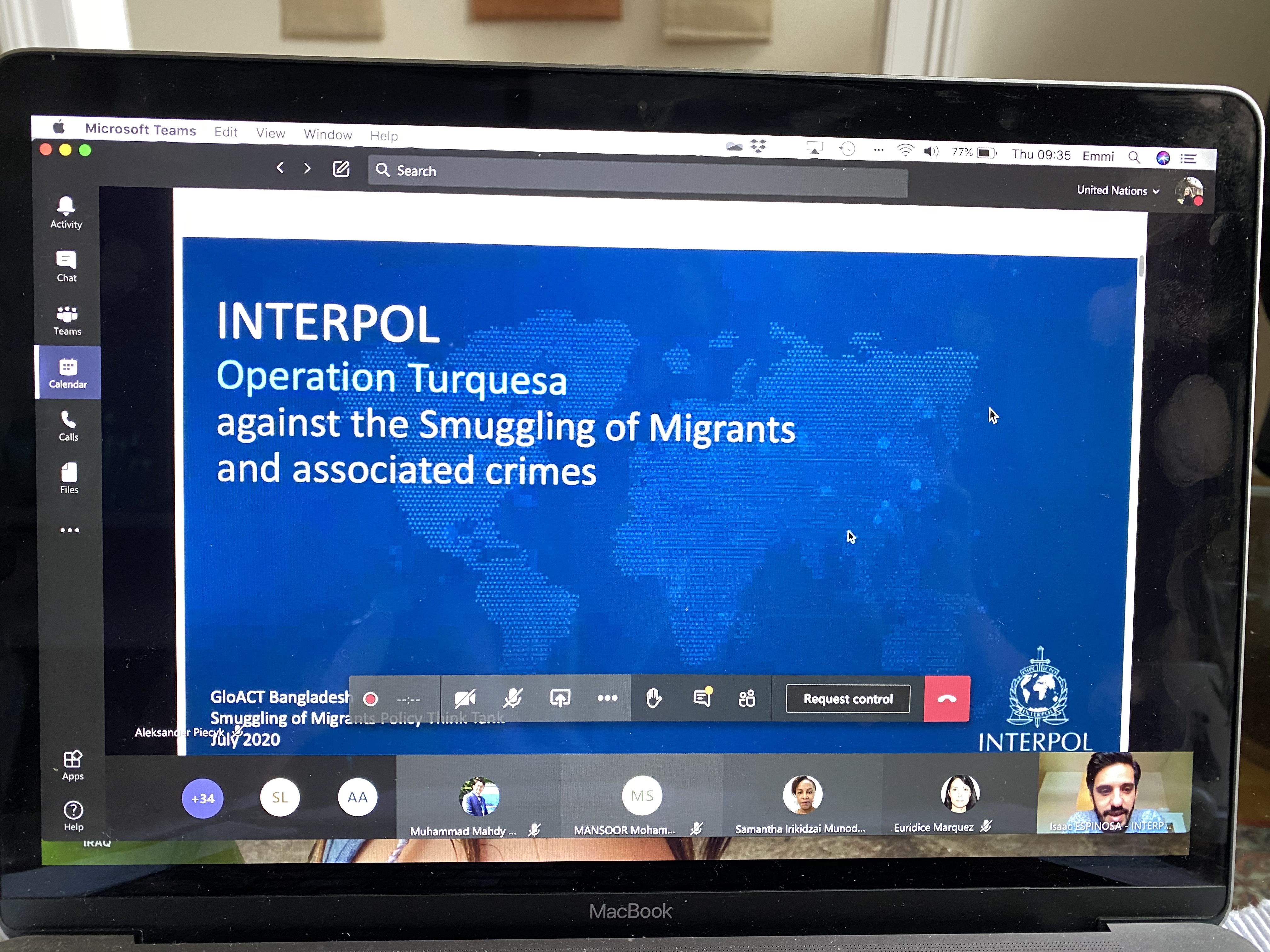 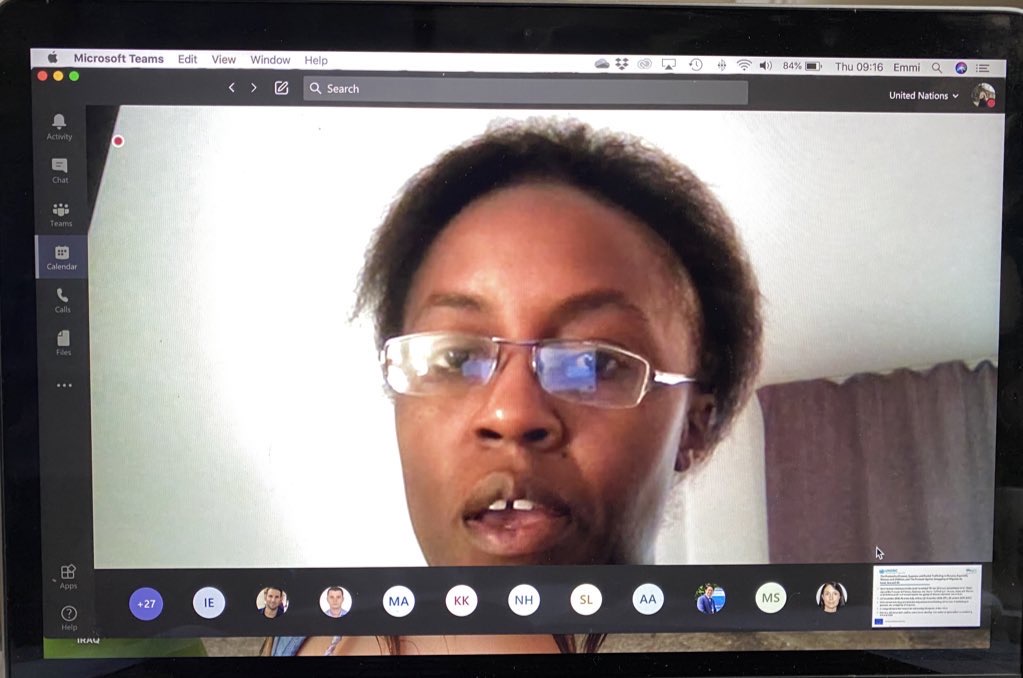 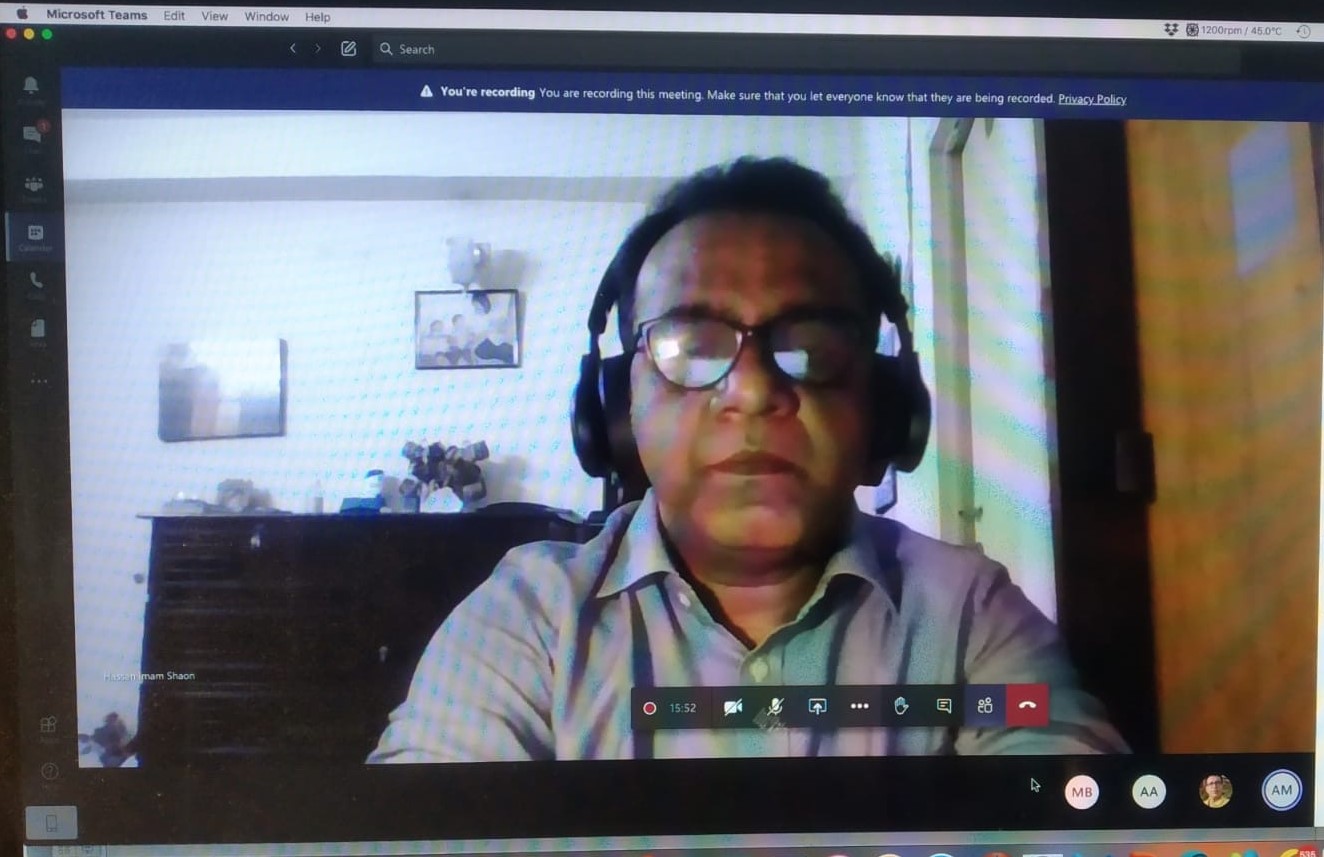 Dhaka, Bangladesh, 09 July 2020 – Following its online national consultation  in June 2020 to address Bangladesh’s criminal justice response to Trafficking in Persons (TIP) and Smuggling of Migrants (SOM) in times of COVID-19 and beyond, UNODC, under the framework of GLO.ACT-Bangladesh, organized an online think tank policy session on migrant smuggling for over 45 (15 female and 30 male)  participants on 9 July 2020. The online think tank session allowed GLO.ACT-Bangladesh to collect further inputs and feedback that will support the development of a strategic position paper for policy considerations.

In line with GLO.ACT’s multisectoral, multidisciplinary and integrated efforts, and to keep the momentum going, the think tank session included relevant expert presentations and six-breakout session on a variety of thematic issues ranging from criminalization as per the UN Protocol against Smuggling of Migrants by land, sea and air to looking at strengthening criminal justice measures and the demand side of smuggling of migrants.

Considering that during previous consultations participants advocated for the ratification of the UN Protocol against Smuggling of Migrants by land, sea and air, supplementing the United Nations Convention against Transnational Organized Crime (UNTOC), Samantha Munodawafa, GLO.ACT Policy Lead, delivered an expert presentation on the benefits of ratification, highlighting how this would encourage a more effective national response to combatting SOM. She explained that the fact that so many countries around the world have ratified the UNTOC and the Protocols thereto in effect means that, “The world speaks the same language, it allows for cooperation and show consensus.”

Representatives from Interpol’s General Secretariat as well as Interpol Specialized Operational Network (ISON) focal points delivered the second expert presentation focusing on the lesson learnt and results from Operation Turquesa and, more specifically, Bangladesh’s experience in Operation Turquesa. During Operation Turquesa in October 2019, authorities in 19 countries across three continents acted on leads and carried out nearly one million checks at air, land and sea borders in order to disrupt the organized crime groups and the networks of traffickers and smugglers behind key smuggling routes to the USA and Canada. A major outcome of Operation Turquesa was the arrest of a 32-year old man from Bangladesh believed to be behind one of the largest migrant smuggling networks into the United States.

The main session progressed smoothly from the expert presentations to six thematic breakout rooms, in which participants collectively analyzed some of the policy considerations put forward. Each breakout group had an individual moderator who guided their group through their allocated thematic questions. On returning to the open session, the groups shared their findings with all participants and Ms. Márquez and Ms. Munodawafa concluded online think thank by thanking participants for their active engagement and enriching discussion. Ms. Márquez also outlined the next steps, which include the drafting of the strategic position paper for policy considerations that will be shared, in due course, with all the participants.

To read more about the previous online event click here