From 13 to 15 September 2011, the United Nations Office on Drugs and Crime (UNODC) hosted an Expert Group Meeting (EGM) on Smuggling of Migrants by Sea.

At the 5th Conference of the Parties to the UNTOC, States parties passed resolution 5/3 which requested UNODC to convene an expert group meeting prepare an issue paper on the smuggling of migrants by sea. In this context, high level experts from origin, transit and destination countries gathered in Vienna to discuss the issue of migrant smuggling by sea. The EGM saw the participation of experienced practitioners from various regions including West Africa, East Asia and the Pacific, Western and Southern Europe, North and Central America, representing diverse legal systems and operational perspectives.

The Issue Paper falls under the UNODC Global Programme against the Smuggling of Migrants, aiming to facilitate evidence-based decision-making through increased availability of substantive analysis and research.

The key objective of the EGM was to bring together experts to discuss challenges in preventing and combating the phenomenon of migrant smuggling by sea, and develop practical recommendations to support the finalization of the issue paper.

Furthermore, the EGM provided participants with the opportunity to exchange information and share experiences among themselves and thereby strengthen their cooperative capacity in response to migrant smuggling by sea.

The discussion focused on four main areas of interest, including the following points: 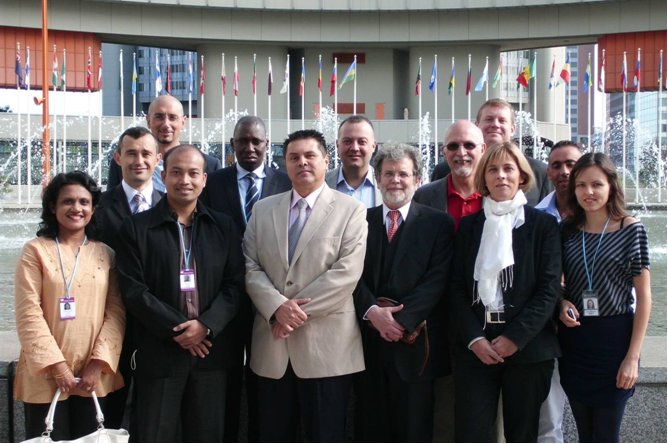 The key output of the EGM will be an Issue Paper on Migrant Smuggling by Sea, that will be distributed to UN Member States. The overall goal of the issue paper is to provide a global perspective on the issue of migrant smuggling by sea, examining the framework in which it is addressed, the key inherent challenges and to recommend concrete measures that can be taken to strengthen response in this respect.

This Issue Paper follows from an earlier issue paper on migrant smuggling by air. It is hoped that the practices and experiences discussed in the Issue Paper will be of value to practitioners around the world, and be readily adaptable to their local contexts.

The organisation of the EGM and the development of the issue paper was made possible thanks to the generous support of France.