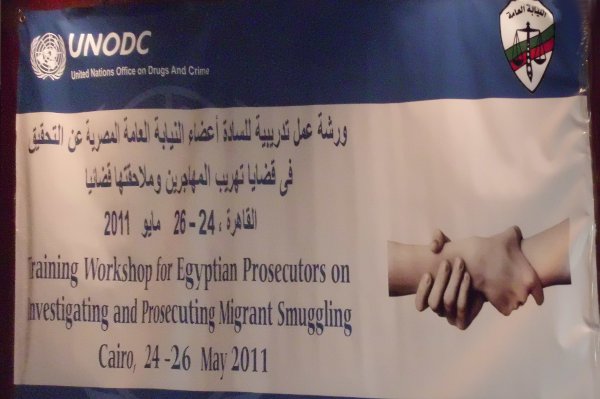 A training workshop for 25 Egyptian prosecutors on the investigation and prosecution of migrant cases was held by the Regional Office for the Middle East and North Africa in Cairo, Egypt during the period 24 to 26 May 2011. The workshop, based on UNODC training modules, aimed at strengthening the capacities of national practitioners in investigating and prosecuting migrant smuggling through an interactive training that allowed for exchange of experience and best practices among the participants while fostering international co-operation.

The training which focused on concepts and categories of migrant smuggling; the role of smuggled migrants and migrant smugglers in investigations; investigative approaches and the international cooperation mechanisms, was delivered by two French magistrates representing the French prosecutorial body specialized in organized crime JIRS, the Head of the International Cooperation Department at the Egyptian Public Prosecution, the lead researcher of the project and UNODC experts.

The workshop was held in the framework of the Impact Programme which objective is to assist African states in strengthening their criminal justice response to migrant smuggling, and currently consists of regional projects that cover North and West Africa.  Under this Programme, UNODC in cooperation with Europol, INTERPOL and SOCA elaborated a Basic Training Manual on Investigating and Prosecuting Migrant Smuggling.  Between December 2008 and June 2009, three working meetings were organized in Senegal, Egypt and Nigeria respectively involving investigators and prosecutors from 30 countries, representing both common and civil law countries from Europe, Africa, North America and the Pacific region.

"UNODC is looking forward to assisting and strengthening its cooperation with the Egyptian Public Prosecution and other criminal justice actors in the region" said Mr. Leif Villadsen, Deputy Regional Representative for the Middle East and North Africa. 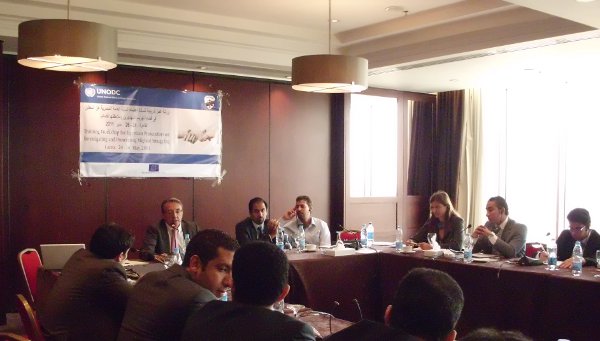 This workshop was funded by the European Union