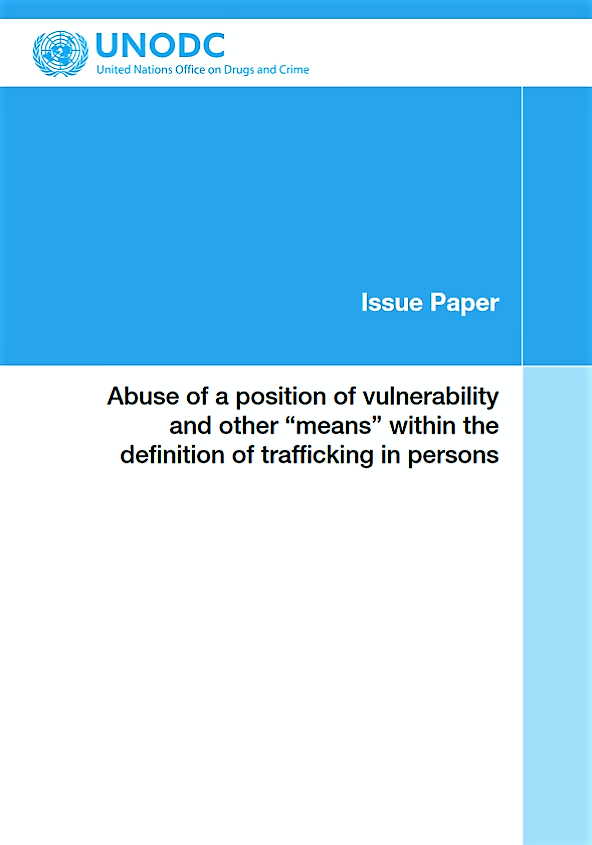 In September 2018, the first conviction for Trafficking in Persons for domestic servitude was handed down in Colombia. The case was led by a Prosecutor who participated in a UNODC training in Bogota and based her legal arguments before the court on concepts she had learned in the training, including the concept of abuse of a position of vulnerability. The judicial decision of the case refers to the UNODC Issue Paper on "Abuse of a position of vulnerability and other "means" within the definition of trafficking in persons."

After the facts of the case were presented in court, a Colombian woman was found guilty and sentenced to 13 years and 2 months for trafficking in persons for domestic servitude. The victim, an 18-year-old indigenous woman from the Carapana community in the department of Vaupes, was promised domestic work and a salary of $77 USD. When she arrived in Bogota she was warned that she would not receive a salary for 2 months because she had to pay for the tickets from her home town to the capital city. She was later told that she would have to work an additional 20 months without a salary because she had to pay for a decorative piece that she had accidentally broken. The 18-year-old indigenous woman was pregnant and worked more than 12 hours a day with restrictions to her freedom.

The Colombian prosecutor who oversaw the case was able to demonstrate before the judge the existence of an abuse of the position of vulnerability in which the indigenous woman found herself in due to her ethnic origin, low level of education, economic difficulties in her place of origin and her state of pregnancy when she arrived in Bogota. This situation of vulnerability coupled with evidence of recruitment and transfer for exploitation were fundamental to the judge's ruling on the existence of Trafficking in Persons for domestic servitude under Colombian criminal rules and procedure.

Colombia is a party to the Protocol to Prevent, Suppress and Punish Trafficking in Persons, Especially Women and Children, and since 2005 its criminal legislation provides for the crime of trafficking in persons with prison sentences ranging from 13 to 23 years. It also has a national committee against trafficking in persons made up of 16 national institutions that articulate the national response to assist the victims of these cases.