Amman and Dead Sea, Jordan - On 03 March 2018, the UNODC Jordan Programme Office, together with the UNODC Human Trafficking and Migrant Smuggling Section in Vienna, concluded a very successful week with the delivery of two workshops with national counterparts on effectively addressing trafficking in persons (TIP) in Jordan. 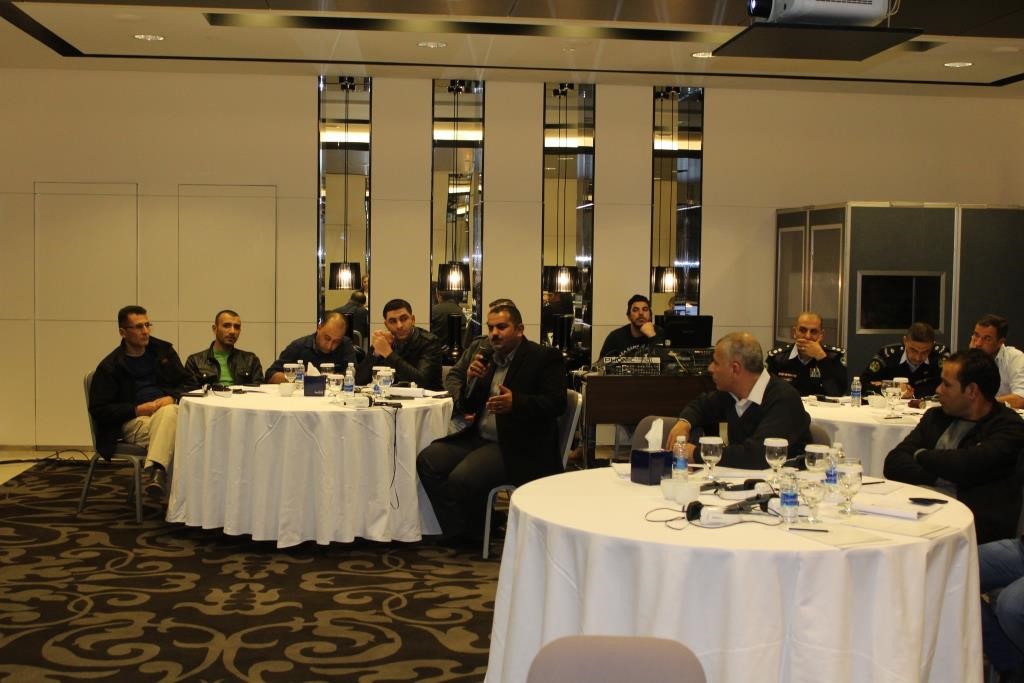 Group discussions, "The crime of Trafficking in Persons (TiP) under the national and international legal frameworks, and indicators on the victims of TiP crime" Workshop, Amman 26- 28 February 2018.

UNODC experts worked closely with the Public Security Directorate of Jordan, namely the Counter Trafficking Unit, in developing and delivering these two highly relevant workshops. Participants and UNODC experts had lively discussions and exchanges about how to best address trafficking in persons cases in Jordan. This was facilitated by detailed analyses and discussions of case examples. The workshops were delivered with the goal of enhancing the investigation and prosecution of trafficking in persons cases whilst simultaneously ensuring a victim-centred approach.

Within the framework of the UNODC Global Programme against Trafficking (2008 - 2018) and the dedicated project of Strengthening institutional capacities and inter-agency cooperation to prevent and combat trafficking in persons in Jordan 2018, the events were held in the capital Amman as well as at the Dead Sea with financial support of the U.S. Department of State's Office to Monitor and Combat Trafficking in Persons (J/TIP). The two activities brought together 41 participants from the Criminal Investigation Department (CID), Tourism Police Department, Borders and Residency Department, the Counter Trafficking Unit (CTU) as well as the judiciary.

The meetings were opened by representatives from the UNODC Jordan office. Keynotes as well as welcoming words were delivered by the UNODC Country Programme Manager, Mr. Amjad Al-Adarbeh and the Head of Counter Trafficking Unit, Ltn. Col Yazan Al-Jarrah. All key stakeholders emphasized Jordan's will to combat trafficking in persons. UNODC affirmed the need for different agencies and ministries to cooperate as well as to strengthen national capacities. In turn, CTU stressed the need for multi-agency coordination and to place the victim at the centre of the response since the crime affects human dignity. In addition, counterparts agreed that addressing trafficking in persons is their duty in serving the people of Jordan.

Effective criminal justice responses to this complex crime is crucial and therefore UNODC, as guardian of the UN Convention against Transnational Organized Crime and its supplementary Protocol against Trafficking in Persons (Palermo Protocol), supports Member States to create and strengthen national capacity to counter human trafficking by providing technical advice and capacity building assistance. In accordance with its leading role in this field as well as the application of best practices, UNODC explained the international norms and standards and utilized its international experience in this field during the workshops through thorough discussion and analysis of TIP indicators as well as case studies from the UNODC Case Law Database. Thus, during the 3-day as well as 2-day multidisciplinary and multi-sectorial workshops, law enforcement and immigration officers, officers of special units such as counter trafficking unit as well as cybercrime, representatives of victim support agencies, prosecutors and judges discussed the complexity of investigations and prosecutions of possible situations of trafficking in persons while ensuring an approach focused on providing assistance to potential victims.

The first workshop focused on the following four main components: The international and national framework, TIP indicators, National Referral Mechanism (NRM) and assistance for victims, as well as international cooperation on combating TIP crimes. Furthermore, sessions on interviewing and the role of cybercrime in TIP cases were delivered.

The second workshop concentrated on the national legislation as well as national case examples in order to facilitate understanding of the definitions, approaches and specific sentencing. The workshop was mainly organised around six main components, with sessions on evidence and indicators, sentencing, crime scenes, seizures and records, assistance to victims as well as international cooperation in TIP cases. 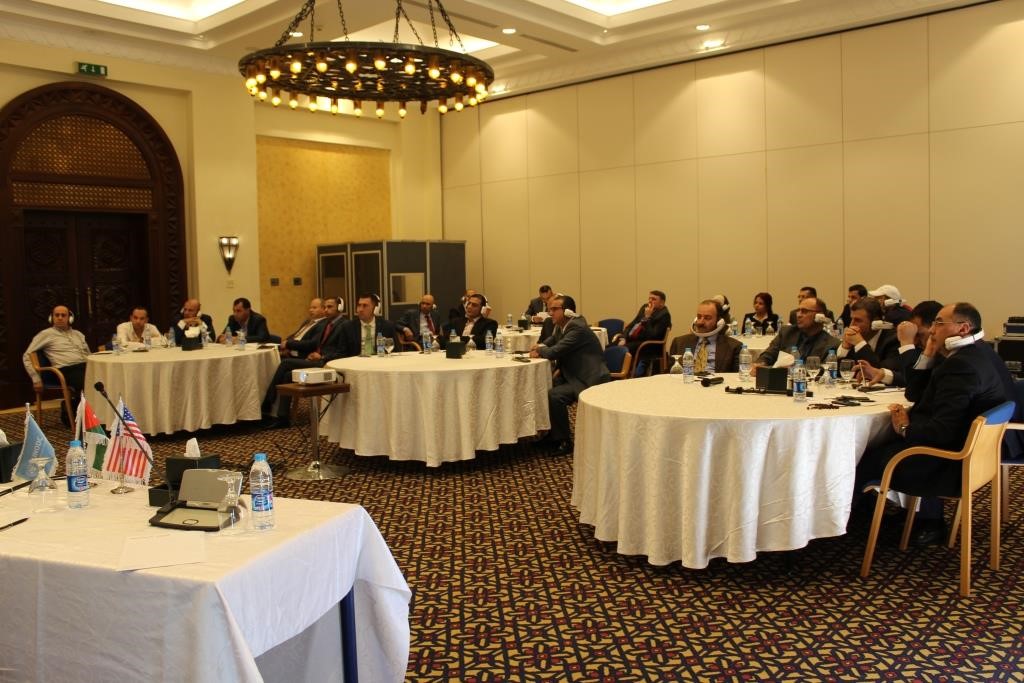 Participants in the 2 nd workshop on "Sentencing of the Trafficking in Persons (TiP) crime" Dead Sea, 2-3 March 2018.

The workshop was facilitated by Mr. Amjad Al-Adarbeh, Head of the UNODC Jordan Programme Office, and Mr. Mohanad Warq, Project officer from the UNODC Jordan Programme Office, with comprehensive presentations from Ms. Pascale Reinke-Schreiber, Associate Expert at the UNODC Human Trafficking and Migrant Smuggling Section, as well as Captain Mohammed Al-Azzam from the Counter Trafficking Unit and Judge Maher Al Qadi from the judiciary council, with hands-on exercises and case studies on criminal investigations. At the end of the acitivites, participants were prepared to support their respective institutions in the application of the Palermo Protocol to counter human trafficking in Jordan. In particular, the multi-disciplinary input from the special investigation units, NGOs who assist victims of human trafficking, judicial experts as well as UNODC experts has to be emphasised as one of the successes of both workshops.