Dead Sea, JORDAN - For the second time in the Middle East and North Africa (MENA) region, UNODC held a mock trial on trafficking in persons based on a staged case scenario.

The UNODC Programme Office in Jordan teamed up with the UNODC Country Office in Colombia, the UNODC Regional Office for the Middle East and North Africa in Cairo and the Human Trafficking and Migrant Smuggling Section (HTMSS) in Vienna to deliver a second mock trial on trafficking in persons in the MENA region. The mock trial took place at the Dead Sea in Jordan from 13 March to 17 March 2018. The UNODC Country Office in Colombia has been delivering mock trials in Colombia and Brazil since 2012 and has rich expertise in the field. As such, the Office stepped in to support implementation in Jordan. 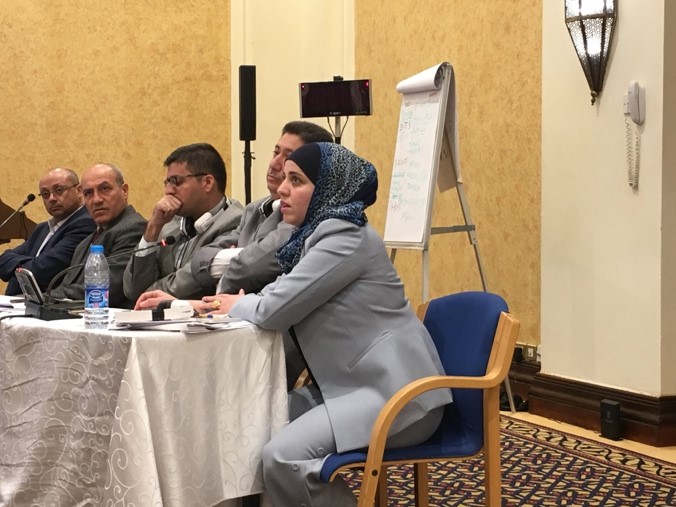 Mock trials are an imitation of public court hearings preparing a group of practitioners to address human trafficking cases under a specific legal system. UNODC has successfully organized mock trials all over the world, including in Austria, Brazil, Colombia, Ethiopia, and Nigeria. The objective of this practical training is to increase the number of investigations, prosecutions and convictions in trafficking cases; to strengthen the capacity of law enforcement officers and criminal justice practitioners to prosecute in accordance with national legislation; and to enhance inter-agency coordination as well as improve the work-flow of individual cases. 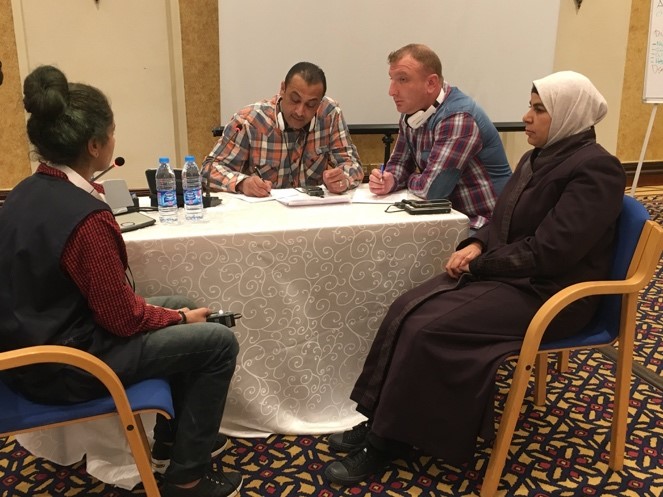 Jordan is the first MENA country to participate, confirming its proactive approach towards the global fight against human trafficking. The 2009 anti-human trafficking  law prohibits all forms of sex and labour trafficking and prescribes penalties  of imprisonment for forced prostitution, child trafficking, and trafficking in women and girls. The same year, Jordan established a National Anti-Trafficking Committee responsible for the National Strategy for Combatting Trafficking in Persons and for launching awareness-raising campaigns throughout the country on this issue, as well as ensure that care and protection are provided to trafficking victims. In 2013, a Counter-Trafficking Unit (CTU) was established within the Public Security Department of the Ministry of Interior that includes trained police officers and labour inspectors. Currently, the 2009 anti-human trafficking law is being revised to increase penalties against perpetrators of trafficking in persons. A fund dedicated to victims of trafficking in persons is also expected to be established to provide victims with compensation and remedies for the violation of their rights. 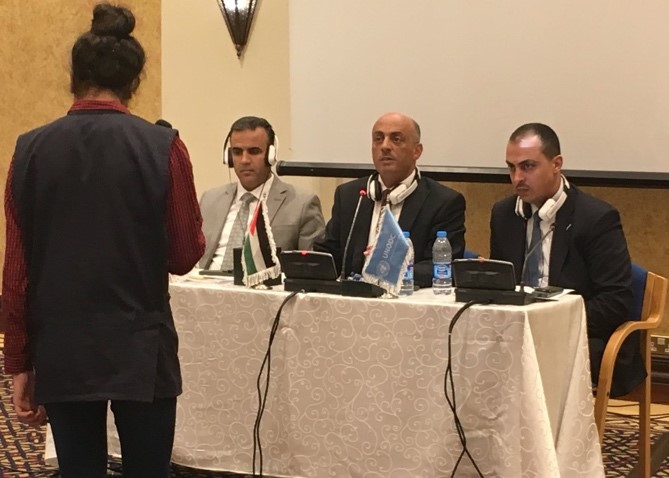 The mock trial simulated a modern-day case of human trafficking, unfolding the story of a young Bangladeshi woman who traveled to Amman to work as a garment worker in a textile factory. As soon as she arrived, her employer withheld her passport and the payment of wages and subjected her to degrading working conditions. Following the call of a local NGO to the Counter-Trafficking Unit, labor inspectors visited the factory with the CTU and were required to identify, investigate and refer the case to court whereby criminal justice practitioners (training participants) proceeded to prosecute and adjudicate the case.

Based on the participants' feedback, UNODC will support the organization of further mock trials to respond to national needs.

A special thanks to the Government of the United States for funding this activity; and to the UNODC Country Office in Colombia for their support in implementing this activity.