Smuggling of Migrants is a crime involving the procurement for financial or other material benefit of illegal entry of a person into a State of which that person is not a national or resident. Migrant smuggling affects almost every country in the world. It undermines the integrity of countries and communities, and costs thousands of people their lives every year. UNODC, as the guardian the United Nations Convention against Transnational Organized Crime (Organized Crime Convention) and the Protocols thereto, assists States in their efforts to implement the Protocol against the Smuggling of Migrants by Land, Sea and Air (Smuggling of Migrants Protocol).

What is Migrant Smuggling? 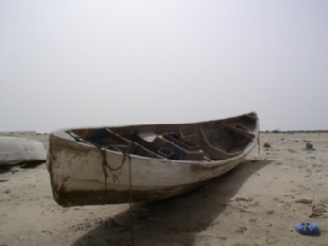 What is Migrant Smuggling?

"procurement, in order to obtain, directly or indirectly, a financial or other material benefit, of the illegal  entry of a person into a State Party of which the person is not a national or a permanent resident." (Article 3, Smuggling of Migrants Protocol).

In order to comply with the Smuggling of Migrants Protocol, Article 6 requires states to criminalize both smuggling of migrants and enabling of a person to remain in a country illegally, as well as aggravating circumstances that endanger lives or safety, or entail inhuman or degrading treatment of migrants.

Virtually every country in the world is affected by this crime, whether as an origin, transit or destination country for smuggled migrants by profit-seeking criminals. Smuggled migrants are vulnerable to life-threatening risks and exploitation; thousands of people have suffocated in containers, perished in deserts or dehydrated at sea. Generating huge profits for the criminals involved, migrant smuggling fuels corruption and empowers organized crime. Learn more about the crime of migrant smuggling here .

Currently, data is too scattered and incomplete to paint an accurate picture of numbers of people who are smuggled each year and the routes and methods used by those who smuggle them. Still, available evidence reveals the following trends and patterns:

These factors highlight the need for responses to combat the crime of migrant smuggling to be coordinated across and between regions, and adaptable to new methods. In this regard, UNODC seeks to assist countries in implementing the  Smuggling of Migrants Protocol while promoting  a comprehesensive response to the issue of migrant smuggling. 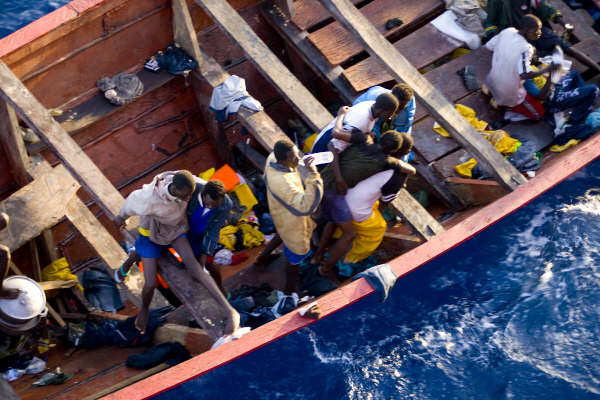 The Model Law against the Smuggling of Migrants was developed by UNODC in response to a request by the General Assembly to the Secretary-General to promote and assist the efforts of States to become party to and implement the United Nations Convention against Transnational Organized Crime and the Protocols thereto. It was developed in particular to assist States in implementing the provisions contained in the Protocol against the Smuggling of Migrants by Land, Sea and Air. The content of the Model Law was drafted through a comprehensive, collaborative effort conducted through two Expert Group Meetings and reviewed by an expert group of judges and prosecutors. It is currently available in Arabic, English, French, Russian and Spanish.

UNODC in cooperation with Interpol and Europol and with funding received from the European Union, has elaborated basic training modules on preventing and combating migrant smuggling. It has done this through a series of expert group meetings (EGMs) of law enforcers and prosecutors from around the world. The first Expert Group Meeting was held in 30th November to 2nd December 2008 in Saly, Senegal, the second EGM from 23rd to 25th March in Cairo, Egypt and the third EGM was held from 22nd to 24th June in Abuja, Nigeria.

A Toolkit to Combat Smuggling of Migrants has been designed to assist countries to implement the Smuggling of Migrants Protocol. Specifically, the Toolkit is intended to provide guidance, showcase promising practices and recommend resources in thematic areas addressed in the separate tools.The promising practices and recommended resources included in this Toolkit by no means comprise an exhaustive collection of successful, creative and innovative response to addressing migrant smuggling. However, in light of the urgent need for cooperative response to the phenomenon, examples have been included with the intention both of commending such initiatives and of demonstrating the range of resources available to assist users in undertaking the anti-smuggling efforts that may feature in the next edition of this Toolkit.

UNODC is supporting States in West and North Africa in implementing the Smuggling of Migrants Protocol and strengthening their criminal justice systems, through its Impact Programme.

UNODC holds Training Workshops for Prosecutors on Investigating and Prosecuting Migrant Smuggling One example is the training workshop for 25 Egyptian prosecutors on the investigation and prosecution of migrant cases held by the Regional Office for the Middle East and North Africa in Cairo, Egypt during the period 24 to 26 May 2011.

UNODC is currently developing and implementing a number of new projects to assess and counter the various threats posed by human smuggling. To do so effectively, and to learn from already existing research on migrant smuggling for current and future programme design, it is imperative to gain an overview of the current state of knowledge on the subject by consolidating the existing literature on the subject in one comprehensive and informative background document. This has been done through The Global Review and Annotated Bibliography of Recent Publications on Smuggling of Migrants (Global Review).

A 2011 report investigates the the involvement of organized criminal groups in the smuggling of migrants from West Africa towards the European Union (EU). Information in the report was compiled by a team of researchers from West Africa and Europe using both documentary studies and field research conducted in Mali, the Niger, Nigeria and Spain. Read more here

For a full listing of latest tools and publications, visit our Publications page 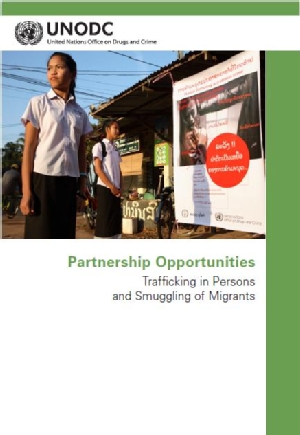