The Indian Ocean is one of the world's busiest maritime routes and consequently, is also used as a platform for various maritime crimes. Within the Global Maritime Crime Programme, the Indian Ocean West team (GMCP IOW) works with coastal states of the region to enhance and coordinate their efforts to effectively respond to maritime crime affecting their waters. More specifically, the GMCP IOW team collaborates with countries including Kenya, Tanzania, Mozambique, Seychelles, Mauritius and Bangladesh to provide theoretical and practical support for the entire criminal justice chain, from maritime law enforcement to judiciaries, and through to prisons. 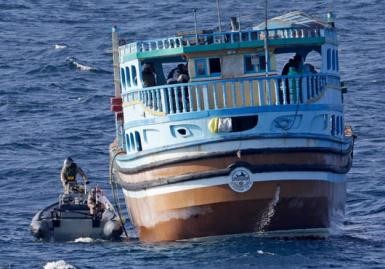 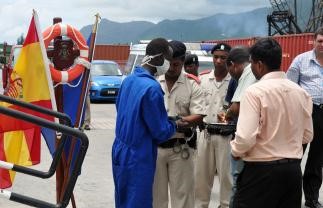 The cornerstone of the GMCP IOW team is support for regional cooperation, which is manifested through the establishment of the Southern Route Partnership (SRP) and the Indian Ocean Forum on Maritime Crime (IOFMC). The SRP targets the trafficking of Afghan heroin from the Makran Coast in Pakistan and Iran into East Africa via the Swahili Coast, and is comprised of drug enforcement officials from Asia and East Africa who coordinate operational activities to address drug trafficking. The IOFMC focuses on promoting cooperative responses to maritime crime at both strategic and operational levels. Given that the Indian Ocean constitutes a third of the world's ocean space and borders 24 states, it is crucial that states are able to overcome legal and practical obstacles to achieve a level of cooperation and coordination. A significant aspect of this cooperation is the Prosecutors' Network, which brings together Senior Prosecutors from the littoral states of the Indian Ocean with the purpose of sharing knowledge, legislation and case law, as well as establishing cooperative strategies for the prosecution of maritime crimes. Also underneath the banner of the IOFMC, the GMCP IOW team created and supports the Law Enforcement Task Force (LETF), which consists of officials from seven countries and three organisations that investigate piracy. Through the LETF, significant steps have been made towards combining global efforts for the prosecution of pirate leaders and financiers.

The GMCP IOW team also assists states with legislative reform. This work includes drafting or amending domestic legislation criminalising piracy and other maritime crimes and establishing jurisdiction, and developing guidelines on the collection of evidence and the handover of suspects to prosecuting states. Furthermore, the GMCP IOW team conducts capacity building through the organisation of workshops and training sessions on Visit, Board, Search and Seizure (VBSS); Maritime Domain Awareness (MDA) and criminal investigation skills. These training sessions include both theoretical and practical exercises to ensure that maritime law enforcement officers gain a holistic understanding of the situation and can apply knowledge. 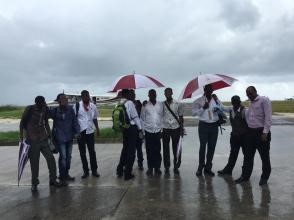 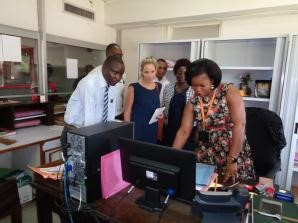 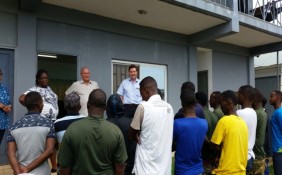 In addition to supporting maritime law enforcement, GMCP IOW also undertakes projects to ensure that states have the necessary infrastructure to conduct maritime crime trials and securely detain suspects or convicted offenders in accordance with international human rights standards. For instance, the GMCP IOW team constructed the Shanzu Law Court in Mombasa, Kenya and continues to expand this judicial infrastructure with the construction of additional buildings and courtrooms. In Seychelles, the GMCP IOW team constructed new prison facilities to hold piracy suspects or convicted offenders, and in conjunction trained prison staff on human rights compliant security. The team also established a voluntary repatriation programme for Somali piracy suspects. In some instances, GMCP IOW also provides simpler infrastructure support to states, such as the provision of patrol boats and equipment.

Finally, the GMCP IOW team strives to utilize modern technology in the fight against maritime crime. In order to enhance surveillance and law enforcement capability, the GMCP IOW team assists states in the induction of MDA technology including terrestrial radars as well as thermal and satellite imaging. Along with such specialized MDA equipment, the team is also introducing database systems and innovative technology such as biometric facial recognition technology in various littoral states to improve the effectiveness of surveillance and the collection of evidence for the successful prosecution of maritime offenders. The use of this technology will play a central role in the development of systems that will, in turn, improve information sharing within the Indian Ocean region.