UNODC Executive Director Ghada Waly paid her first visit to Belgium. During a three-day visit, she met with the European Commission and the Belgian government to discuss UNODC's cooperation and support in the fight against the interconnected problems and threats of drugs, organized crime, corruption and terrorism.

Throughout her visit, Ms. Waly met with the Belgian Minister of Finance, Vincent Van Peteghem, the Deputy Prime Minister and Minister of Justice and the North Sea, Vincent Van Quickenborne, and the Minister of Interior, Annelies Verlinden, to exchange views on how to deal with human trafficking, drugs, corruption, including safeguarding sport, and the rule of law; to strengthen the bilateral partnership; and to promote UNODC's work in the Democratic Republic of the Congo, Mali and the Central African Republic.

Ms. Waly also met the National Board Member of the United Nations Voluntary Trust Fund for Victims of Trafficking in Persons, Especially Women and Children (UNVTF), Inge Vervotte, to step up support and raise awareness to effectively fight the trafficking in human beings, both in Belgium and in the rest of world. 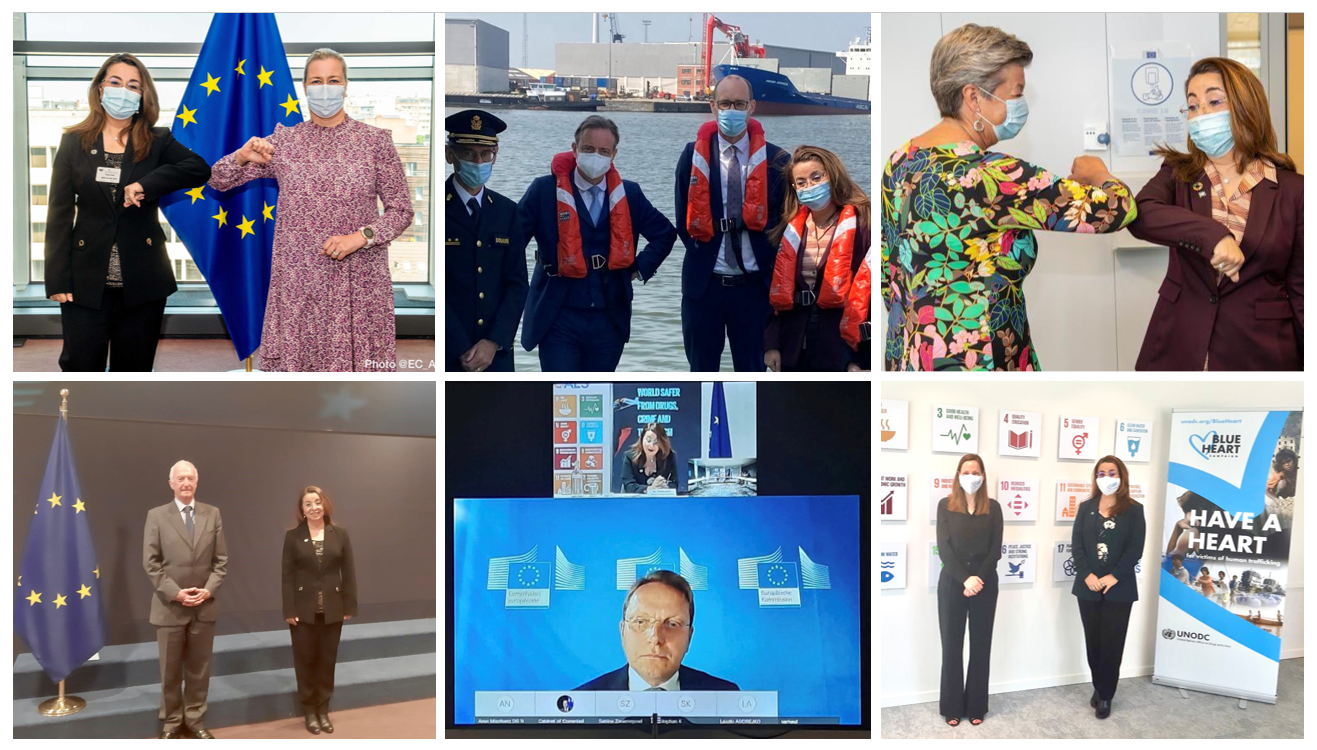 On the European Union side, the Executive Director met with the European Commissioner for International Partnerships, Jutta Urpilainen, the European Commissioner for Neighborhood Policy and Enlargement, Olivér Várhelyi, the European Commissioner for Home Affairs, Ylva Johansson, the EU Counter-Terrorism Coordinator, Gilles de Kerchove, the Deputy Secretary General of the European External Action Service in charge of Economic and Global Affairs, Helena König, and the Director for Foreign Policy Instruments Hilde Hardeman. These meetings aimed to share UNODC Strategy for 2021-2025, and its regional strategic visions - notably the Strategic Vision for Africa 2030 and the upcoming Strategic Vision for Latin America and the Caribbean, to promote alignment with the EU's drug and organized crime strategies and other relevant documents, and to strengthen and expand the joint partnership.

Finally, Ms. Waly met with the Secretary General of the Organization of African, Caribbean and Pacific States (OACPS), H.E. Georges Rebelo Pinto Chikoti, during which the two partners agreed to formalize a partnership agreement to be signed later this year.

Ms. Waly, who concluded her three-day mission in Antwerp, was joined by Belgian Deputy Prime Minister and Minister of Finance, in charge of anti-fraud coordination, Vincent Van Peteghem, the Mayor of Antwerp, Bart de Wever, and World Customs Organization (WCO) Secretary General, Kunio Mikuriya, for a demonstration of customs inspections and to showcase the work of the UNODC-WCO Container Control Program at the Port of Antwerp.

Ms. Ghada Waly called for increased joint partnerships between the international community and law enforcement agencies to disrupt drug trafficking. As evidenced by the UNODC World Drug Report 2021, which will be officially launched on the occasion of World Drug Day on 26 June 2021, illicit drug supply chains are expanding and pose health and security threats. More than 66 tons of cocaine, the highest level ever seized, of which 39 tons were destined for the European market, have been seized in the port of Antwerp so far in 2021. 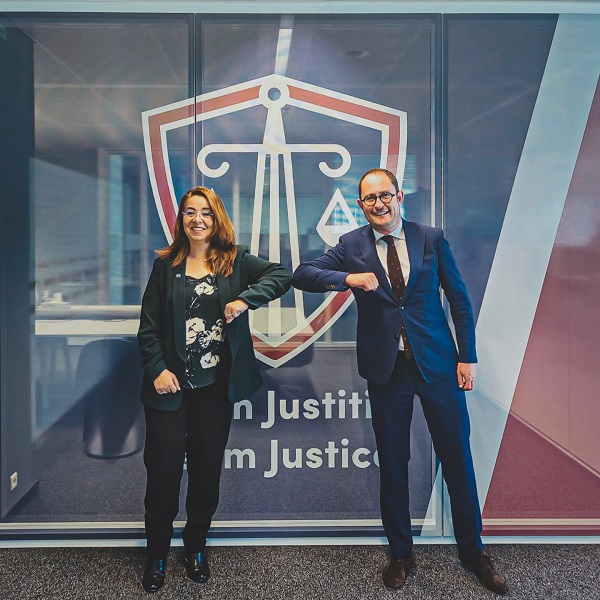 "As the UNODC World Drug Report 2021 will show, cocaine supply chains to Europe are diversifying and becoming more efficient, pushing prices down and quality up. These developments threaten to lead to a further expansion of the cocaine market, and action is urgently needed," Waly said. "Governments must reduce the demand for drugs, including through evidence-based prevention, education, treatment and other services, and we need stronger international cooperation and law enforcement partnerships to disrupt the supply of illicit drugs and dismantle the organized criminal groups responsible for them. Recent law enforcement actions clearly demonstrate the value of working together across borders".

The Container Control Program, which supports 120 port control units and air cargo control units in more than 70 countries around the world, helps improve port security and risk profiling to combat trafficking in narcotics, precursor chemicals, cultural property, protected wildlife and related goods, firearms and other contraband. The support of the Port of Antwerp in this area is crucial and is bearing fruit.

Ms. Waly emphasized the need not only to continue on this successful path, but also to intensify action: "The interrelated challenges posed by drugs, organized crime, corruption and terrorism are on the rise, and have become more complex due to the COVID-19 pandemic and the economic recession. Inequality and vulnerability demand rapid responses."

With integrated mandates on drugs, crime, corruption, and terrorism, UNODC is well positioned to help governments develop innovative responses to emerging criminal threats and tactics, from the rise of synthetic opioids to cyberattacks on ports.