Violent extremism and radicalization to violence in prisons are of increasing concern to the international community. It presents specific technical challenges to the Member States, as prison administrations have to focus not only on ensuring the secure and safe custody of violent extremist prisoners but also on preventing radicalization to violence within prisons, disengaging prisoners from future violence, and preparing those being released for their reintegration into the community.

The global initiative supports the Member States in the management of violent extremist prisoners as part of broader prison reform efforts and in full compliance with international human rights standards, including the United Nations Standard Minimum Rules for the Treatment of Prisoners (the Nelson Mandela Rules) with full attention on the age and gender perspectives.

The programme strengthens security and safety mechanisms and capacities to reflect the crucial importance of front-line prison officials’ interaction with prisoners, fosters information-sharing amongst criminal justice and other public agencies and promotes greater involvement of civil society organizations in preventing violent extremism in prisons.

The programme improves prison administration systems and skills to individually assess the risks and needs of violent extremist prisoners as a basis for allocation and programming.

The programme suggests approaches to prevent violent extremist offenders from returning to violent extremist groups after release and emphasizes education, vocational training, counselling, family and community engagement as core elements of the social reintegration of ex-violent extremist prisoners into society. 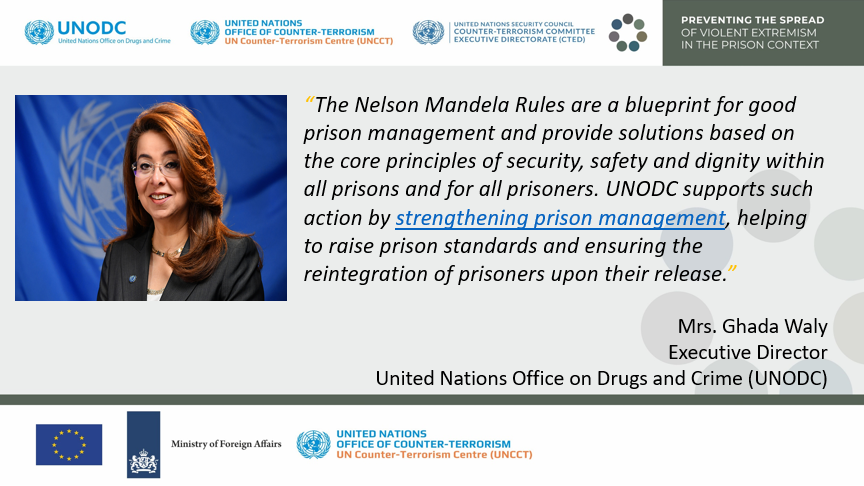 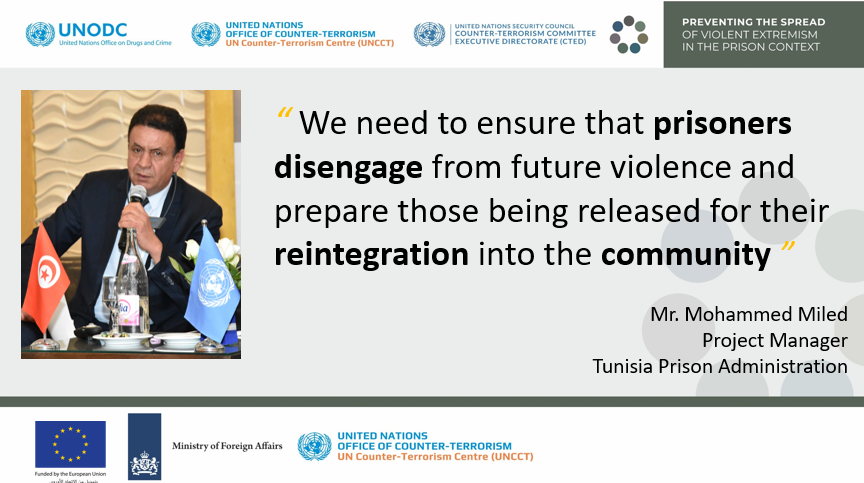 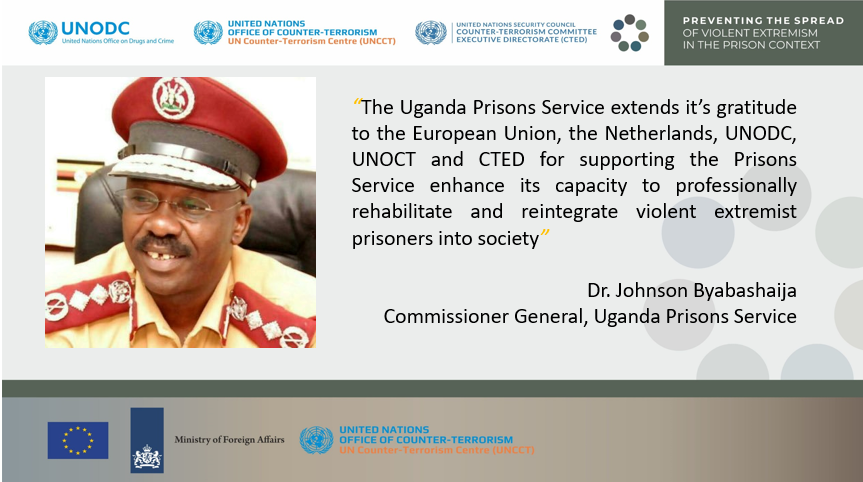 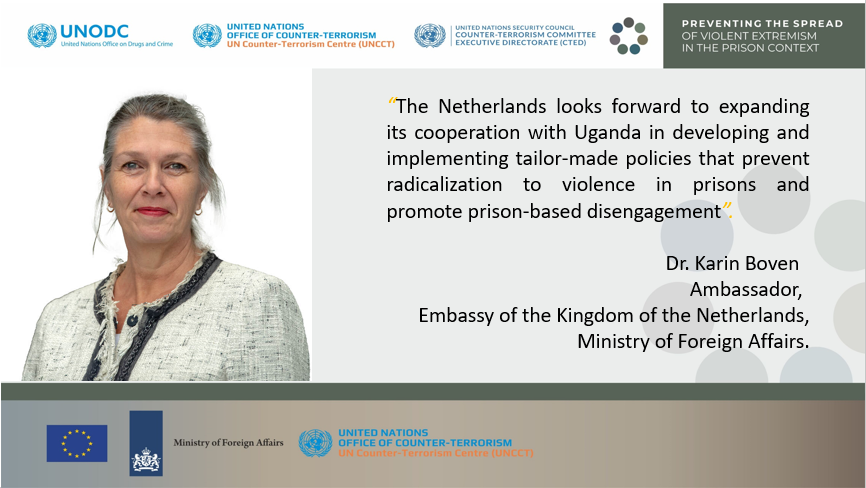