09 January 2018 - The concept of teaching values and skills is at the heart of UNODC's work in building a culture of lawfulness from an early age. By working with young minds, the Education for Justice (E4J) initiative is busy promoting this ideal at the primary level, reaching out to children between the ages of six and 12 through a series of fun, yet informative, educational tools.

At the core of the success of this work is the understanding that the development of meaningful tools will depend on the invaluable opinions of both children and teachers alike. With this in mind, December saw two important events in Mexico City, which allowed children, educators and relevant stakeholders to give their thoughts on the design of two key educational items currently being developed under E4J.

Following the recent unveiling of UNODC's cartoon campaign, The Zorbs, the first Latin America pilot testing was held at the Colegio Romera primary school in Mexico City to bring in the perspective and experiences of young students, as well as primary level teachers, from this part of the world. The video series, which promotes values and skills to primary school children, tells the story of an imaginary planet and its inhabitants who overcome a range of challenges with the core values and skills promoted under E4J such as acceptance, fairness, integrity and respect.

The story of the four lead characters and their adventures won the hearts of the children, many of whom quickly grasped the idea and spirit of the story. "We all have the values, powers and skills of The Zorbs", said nine-year-old Andrea after her experience with the characters. 9-year-old Anitza meanwhile told her classmates that in her mind, "teamwork can help change the world and make it a better place". 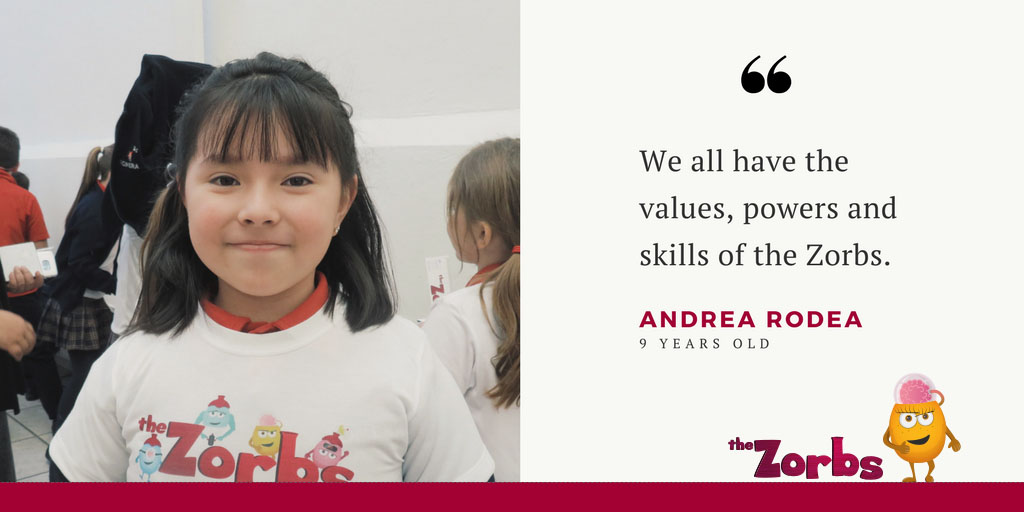 The piloted Zorbs introductory video and an interactive Comic Creator, which supports this, are part of a more comprehensive set of educational materials that are being designed and developed as part of E4J. These tools will contribute to building resilience among children, equipping them with skills such as conflict resolution, critical thinking, empathy and teamwork. 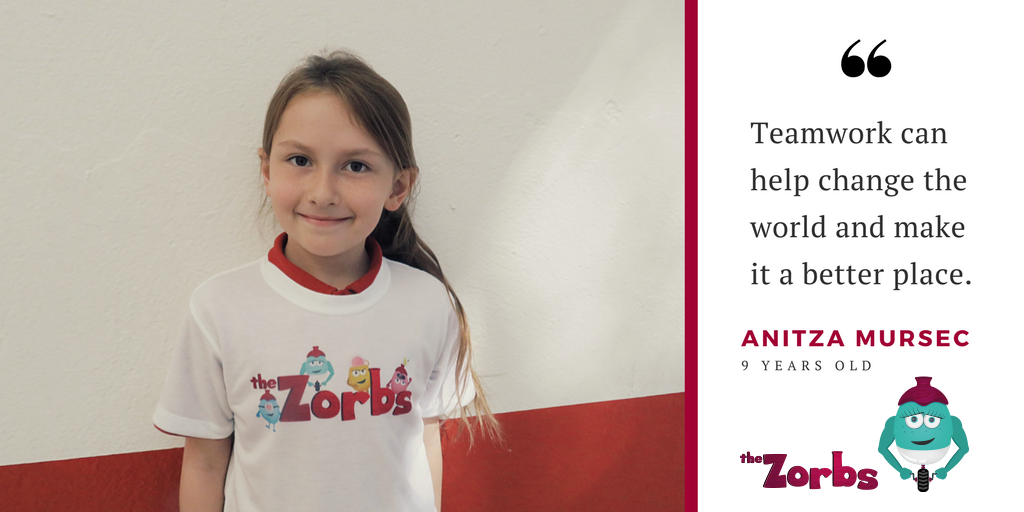 Coinciding with the pilot testing of the Zorbs, consultations at a different level were meanwhile held around a complementary, E4J-supported game called ' Chuka'. Discussions around this online game, developed by the UNODC's Liaison and Partnership Office in Mexico to combat gender-based violence, brought together educators, NGOs, governmental authorities and the private sector to gather feedback and incorporate their ideas into the final design.

In a similar manner to the Zorbs, the game looks to build values such as fairness and respect, as well as skills such as critical thinking, decision-making and empathy. In the game, children are introduced to the lead character, Chuka. A female pupil who enjoys computer games and Reggaeton music, she encounters various forms of gender-based violence, including physical, emotional and sexual. By applying her values and skills, Chuka confronts these challenges in a decisive manner and reacts appropriately in the face of these different situations. To depict violence in a manner that children can best understand, various monsters represent different forms of violence. These monsters were developed and drawn by children themselves as part of the creative development process of the game.

https://www.youtube.com/watch?v=1M-dZ4693Yk Over the course of the two-day meeting, participants tested the game and provided their feedback as they witnessed Chuka's journey. The recommendations stemming from the meeting will be instrumental in refining the game before its official launch in Mexico City in March 2018.

The E4J initiative is part of UNODC's Global Programme for the Implementation of the Doha Declaration, supported by the State of Qatar.