After independence, Montenegro adopted its constitution in 2007. The highest legal act of an independent and sovereign state of Montenegro, for the first time, stipulated that Montenegro was a state based on the rule of law. It is this constitutional determination that has directed our country to make fundamental changes to its own state system, in order to create democratic state institutions dedicated to the protection and respect of human rights and the fight against all forms of crimes.

The judiciary paid particular attention to respect for human rights and fundamental freedoms, as Montenegrin citizens turn to the courts with a belief in the effectiveness of legal norms, whose consistent application in court proceedings will protect their rights. Also, the codification of civil law was initiated, which is a special step regionally, and at the same time a logical sequence of our legal culture, given that the Principality of Montenegro had its General Property Code as early as 1888.

In the previous period, by adopting a set of organizational laws in the judiciary, the principles of independence and impartiality of the judiciary were strengthened and political influence on the judiciary was eliminated. Namely, the elections of judges and presidents of courts were transferred from the Parliament of Montenegro and entrusted to a special body - the Judicial Council, which ensures the independence, impartiality, responsibility and professionalism of the courts and judges. Thus, a clear division of state power, which limits each branch, has been made.

In addition, the principles of integrity and transparency have been strengthened. Judges, as government officials, submit regular and comprehensive reports on their income and assets, and are required to comply with the Code of Ethics for Judges. In this respect, there has been progress in assessing, directing and advising on the application of the Code of Ethics and Conflict of Interest in the judiciary.

After the creation of an independent state, which now represents a young democratic country, it was necessary to gain public confidence in the judiciary and other state institutions. The transparency of judicial work was raised to the highest level, and citizens can easily access information ("citizen friendly courts") through our website or by direct address to the court. The database of court decisions of all Montenegrin courts is a feature that characterizes our judiciary in the region. By accessing the database, through one click on the website, all interested parties can access court decisions.

A special Public Relations Service at the Supreme Court was also established that provides the public with all the information on the work of the courts, makes the content of court decisions more accessible to citizens, and contributes to an even greater degree of transparency.

The burden of earlier events has certainly spilled over to the efficiency of the courts. So many activities have been undertaken in the previous period, though, which have led to a significant reduction in old cases and we expect the courts to become as up-to-date as possible in the coming period.

I am convinced that Montenegro has emerged successful from the transition process. We have tackled the fight against corruption and organized crime and a certain balance of results has been established. It is true that the results could be better, but given that Montenegro has undergone multiple "in-depth" institutional reforms, it is clear that progress has been made. It was precisely this progress that recommended Montenegro for membership of the largest political and military alliance in the world, NATO. Today, Montenegro is also actively participating in negotiations with the European Union (EU).

I am convinced that judiciaries can learn from other judicial systems, and in particular from the Montenegrin judiciary. Namely, the judicial systems of the EU could use the practices of the Montenegrin courts in dealing with backlogs and old cases as an example of good practices. With regard to the Judicial Council, the independence and transparency of the Montenegrin Judicial Council in the selection of judges and presidents of courts are particularly evident. I would also like to highlight in particular the positive experience in the Balkan and Euro-Mediterranean Network of Judicial Councils, which has identified contact points in charge of exchanging information and improving the level of coordination, in order to improve the principles of independence, impartiality and transparency. 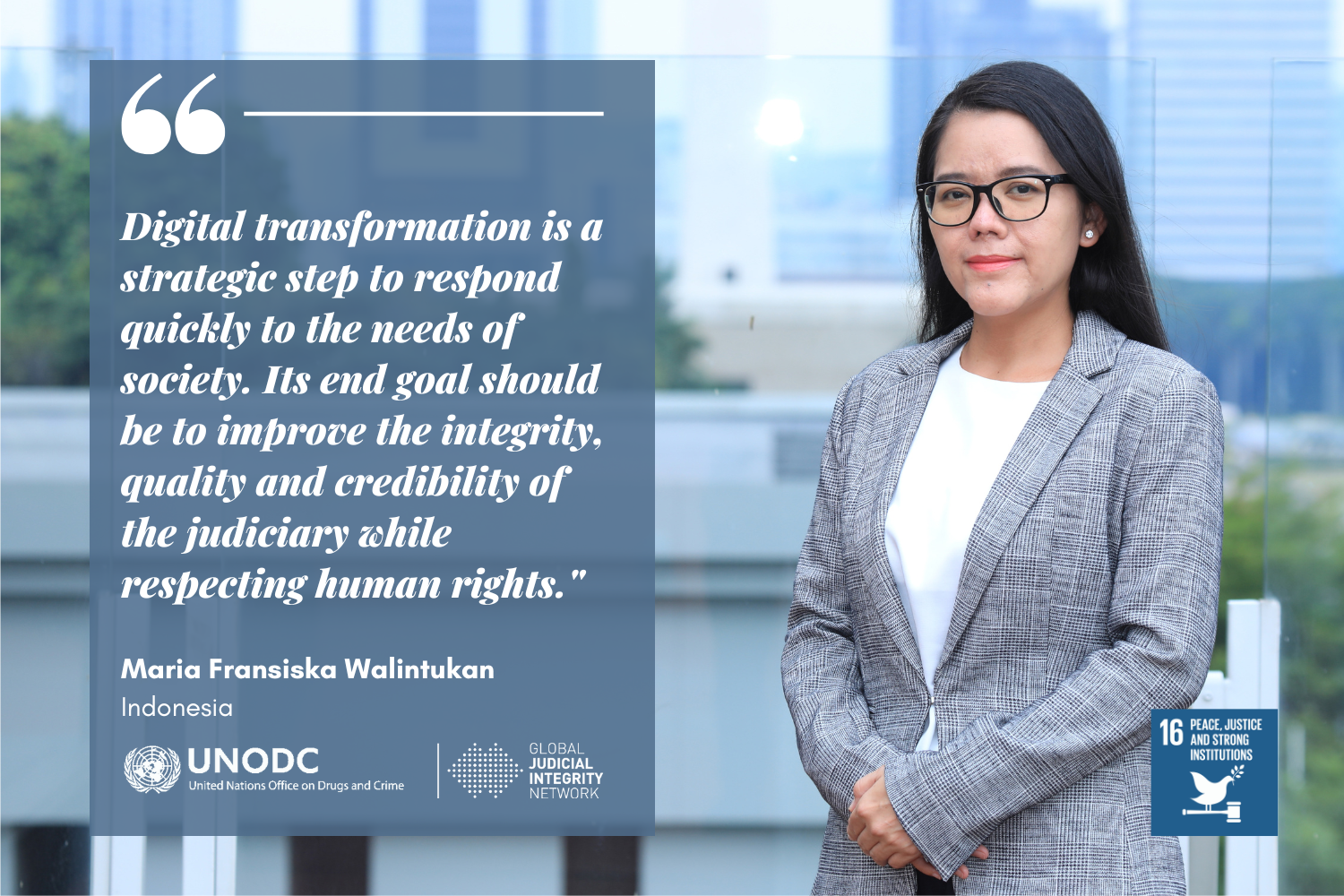