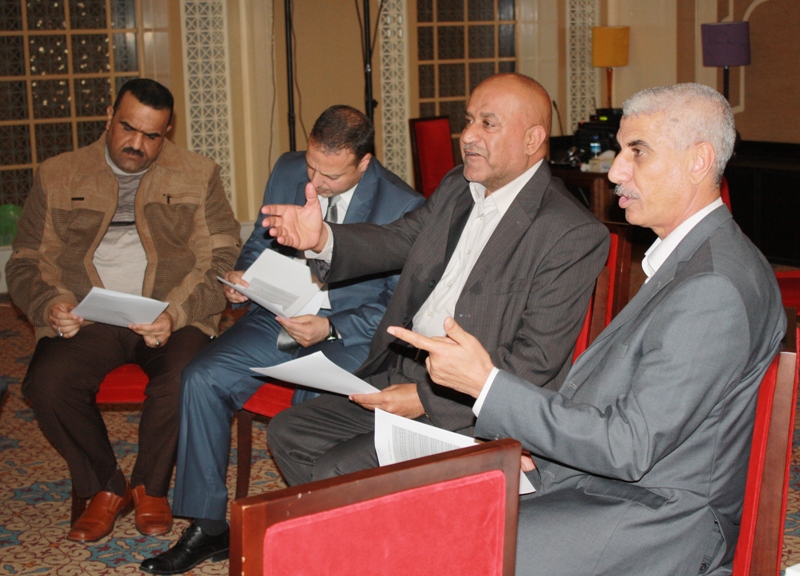 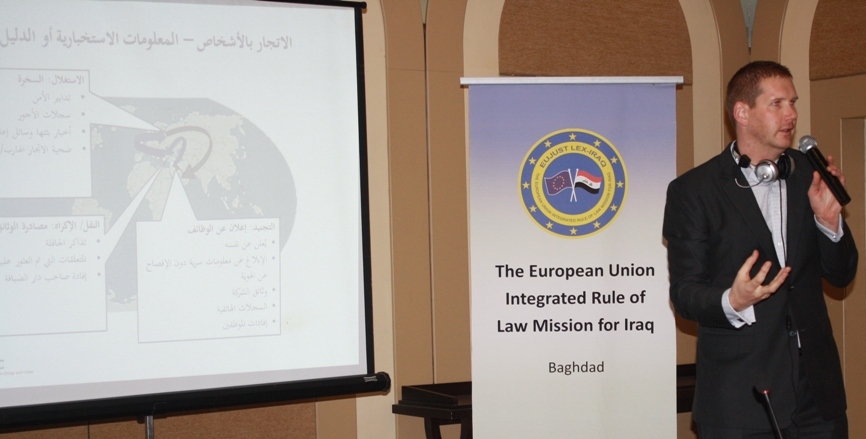 The Iraqi Government has made notable progress in its fight against human trafficking through the accession to the United Nations Convention against Transnational Organized Crime (UNTOC) in March 2008, and to its supplementing Trafficking in Personsand Smuggling of Migrants Protocols in February 2009, as well as through the adoption of Anti-Trafficking Law No. 28 in 2012, and the establishment of an interministerial committee responsible for coordinating anti-human trafficking efforts in the country. Still, Iraq remains a source and destination country for men, women and children subjected to sexual and labour exploitation.

In order to further support national efforts to investigate and prosecute human trafficking and migrant smuggling cases, UNODC and the European Union Integrated Rule of Law Mission for Iraq (EUJUST-LEX) delivered jointly a four-day workshop on 'International Cooperation to Combat Trafficking in Persons and the Smuggling of Migrants' at the Rasheed Hotel in Baghdad, Iraq, from 17 to 20 November 2013.

UNODC experts delivered in-depth presentations that focused on an array of themes, including definitions and provisions of UNTOC and its two Protocols; the general principles of formal and informal international cooperation; best practices in mutual legal assistance; extradition and the transfer of sentenced persons; and confiscation of proceeds of crime. The training was enriched with tailor-made case studies that featured prominently throughout.

The proactive participation of the 24 participants contributed to the overwhelming success of the training. Despite the fact that the last day of the training was officially declared a public holiday due to heavy rain and flooding, participants still made their way through flooded streets to attend its last sessions.  Such commitment is commendable.

The workshop falls under UNODC strategic partnership with the League of Arab States in regional anti-human trafficking efforts, and builds upon UNODC work and ongoing cooperation with the Iraqi Government focusing on fighting corruption, illicit trafficking and prison reform, under its Regional Programme on Drug Control, Crime Prevention and Criminal Justice Reform for the Arab States (2011-2015).