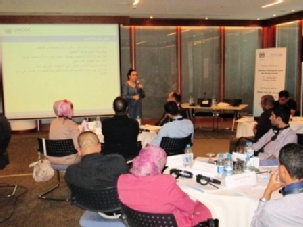 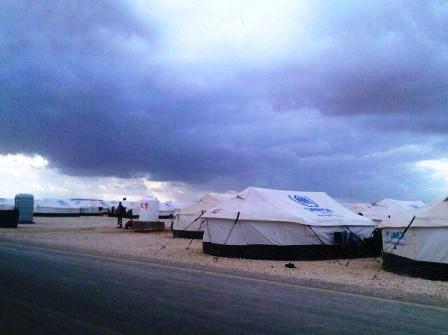 On World Refugee Day the world recognizes the difficult lives of refugees around the world and those who are dedicated to helping them. As of today, more than 45.2 million people are in situations of displacement, the highest number in the last 18 years.

Out of this vast number, the Hashemite Kingdom of Jordan is hosting about 500,000 Syrian refugees, with more than 120,000 living in Za'atari camp, the second largest refugee settlement in the world. As in any humanitarian crisis, the Syrian refugee population in Jordan includes a large number of traumatized and destabilized people who have lost their ties to families and villages, and who find themselves in an alien, unstructured environment with high risks of violence and crime. A situation in which women and children are particularly vulnerable.

Recognizing that displacement has both humanitarian and development challenges that require support to both the refugees and the local communities that host them, UNODC organized this week a specialized police workshop for 35 Jordanian officers who are servicing Za'atari camp.

The workshop focused on issues such as human rights and policing, police responses to sexual and gender-based violence as well as community- and problem-oriented policing, and was organized in close consultation with UNHCR. When opening the 4-day event, the Director of the Syrian Refugee Camps Affairs Department, General Waddah Hmoud stressed the need for more effective policing to better prevent and respond to crime and violence, including support to victims. While engaging in numerous discussions and group-exercises, participants showed keen interest in exploring new partnerships between law enforcement agencies and the refugee community they serve. Within the context of community policing, such partnerships are crucial to increasing trust and enhance collaborative problem-solving efforts, something that is badly needed in Za'atari Camp.