New Hope Brought About By UNODC 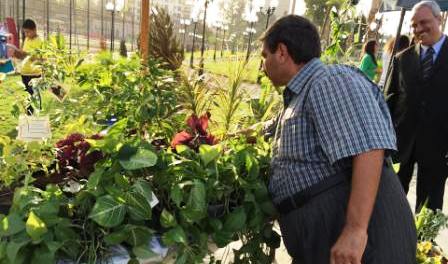 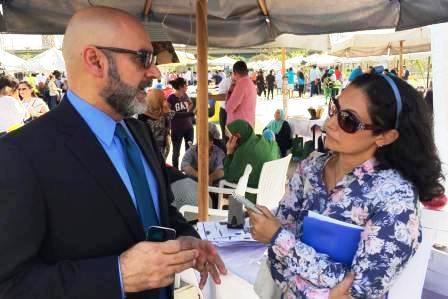 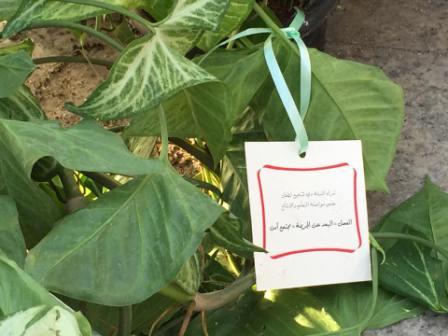 Marking the 70th anniversary of the United Nations and in the presence of government officials, students, media and civil society as well as the public, UNODC joined other UN agencies, funds and programmes working in Egypt in a United Nations Fair that took place in El Gezirah Youth Center, Zamalek on 24 October 2015.

UNODC booth was shrouded in green; a colour not only symbolic of new growth and rebirth, but also new beginnings. Through its work in the Juvenile Institution in Marg since 2003, UNODC has been assisting children and youth inside the institution to gain skills and learn vocations that would help them earn a living following their release, thus leading a decent life.

Plants grown by those children in the green house set up by UNODC inside the institution under the mentorship of an agricultural engineer hired for this purpose, were sold on this Day.  Waleed, a Training Supervisor in Marg institution, explained to interested buyers how UNODC is playing an important role in changing the lives of children, stating that 'Children began to comprehend the concept that learning a vocation, not only ensures that they can earn a living, but also has a direct impact on their personal as well as their communities' safety and security.

The first phase of this project in Egypt began in 2003 with "Strengthening Legislative and Institutional Capacity for Juvenile Justice in Egypt". Its second phase, "Reintegration of Released Children and Youth into the Egyptian Society" served more than 492 youths in more than ten governorates. A third phase "Further Enhancing the Rehabilitation and Reintegration Programme at the Institution for Young Male Offenders in Marg" started in 2014 and is expected to end in 2017. In this phase the green houses were built.

The event has also witnessed a live performance by the talented singer May Abdel Aziz.

The 24th of October has been celebrated as the United Nations Day since 1948, marking the anniversary of the entry into force of the UN Charter. With the ratification of this founding document by the majority of its signatories, including the five permanent members of the Security Council, the United Nations officially came into being.