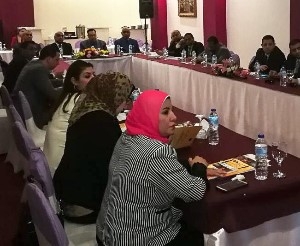 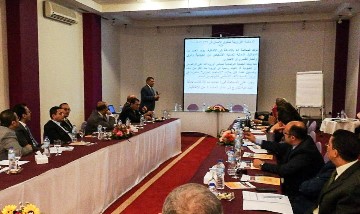 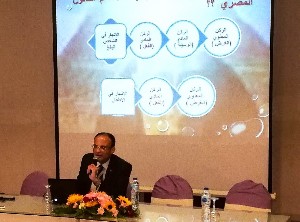 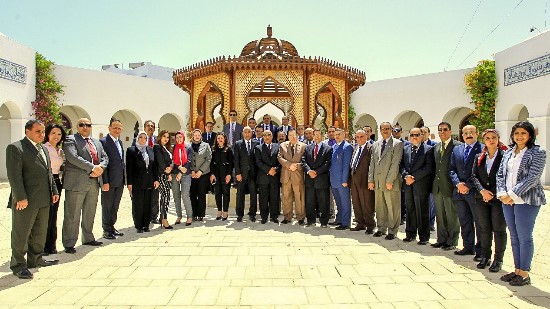 In collaboration with the National Coordinating Committee on Preventing and Combating Human Trafficking and Migrant Smuggling and the National Center for Judicial Studies, UNODC, under the framework of GLO.ACT , organized a second training seminar for 39 senior judges and investigators from Upper Egypt and Cairo from 3 - 6 April 2018. Participants also included 5 military judges from the Red Sea Province and 3 designated investigators from the National Control Authority.

Together with Law No. 64 of 2010 on Trafficking in Persons, Egypt has a comprehensive legal framework to combat TIP and the smuggling of migrants (SOM). UNODC supports the implementation of the legal framework with training series for police officers, prosecutors and judges in order to strengthen national capacity to investigate, prosecute and adjudicate crimes of human trafficking and migrant smuggling.

The aim of the workshop for the senior judges was to develop their knowledge on national legislation with regards to TIP and SOM.

The workshop was opened by Counselor Omar Abdel Hafiz, Assistant Minister, UNODC representative and NCCPIM representative. In his opening statement, he commended the efforts made by UNODC to assist the government in countering TIP and SOM and stressed that UNODC should continue its efforts to assist all institutions in Egypt to counter all types of organized crimes.  He went on to highlight the success of the first training held in Aswan in February 2018 and also highlighted the positive feedback from different judges around the country.

The four-day workshop covered a broad range of topics such as:

·  The constituent elements of the TIP and SOM: definitions and differences;

·  The national law on TIP with practical cases;

·  The national law on SOM with practical cases;

·   Protection principles in SOM cases; and

·   The emergence of cyber investigations and digital evidence.

Counsellor Mohamed Ezzat, Senior Coordinator at the International Cooperation Administration of the General Prosecutor's Office, and Mr. Khalid El Nakady, Senior Coordinator at the NCCPIM & TIP, both spoke during the opening ceremony of the workshop. Mr. Ezzat said, "The Public Prosecution Office appreciates the efforts by UNODC to strengthen the capabilities of the national prosecutors". He also thanked the European Union (EU) for its support on migrant smuggling interventions. Meanwhile, Mr. El Nakady commended UNODC for its training model and emphasized Egypt's willingness to engage in strategic cooperation with all international organizations and donors, including the EU.

The judges were very interested in the training due to the fact that that very few of them knew anything about Egypt's relevant laws on TIP and SOM.

Upon conclusion of the workshop, the participating judges gave very positive feedback, highlighting the need to continue this training series all over the country to familiarize the majority of the judiciary personnel with the relevant laws, international conventions and protocols. Particular emphasis was given to the need to raise awareness about the importance of adopting a victim-centered approach when dealing with TIP cases. Two senior Egyptian judges who contributed to the workshop as trainers and as UNODC experts highlighted the importance of digital evidence and cyber investigations in most of the criminal cases presented.