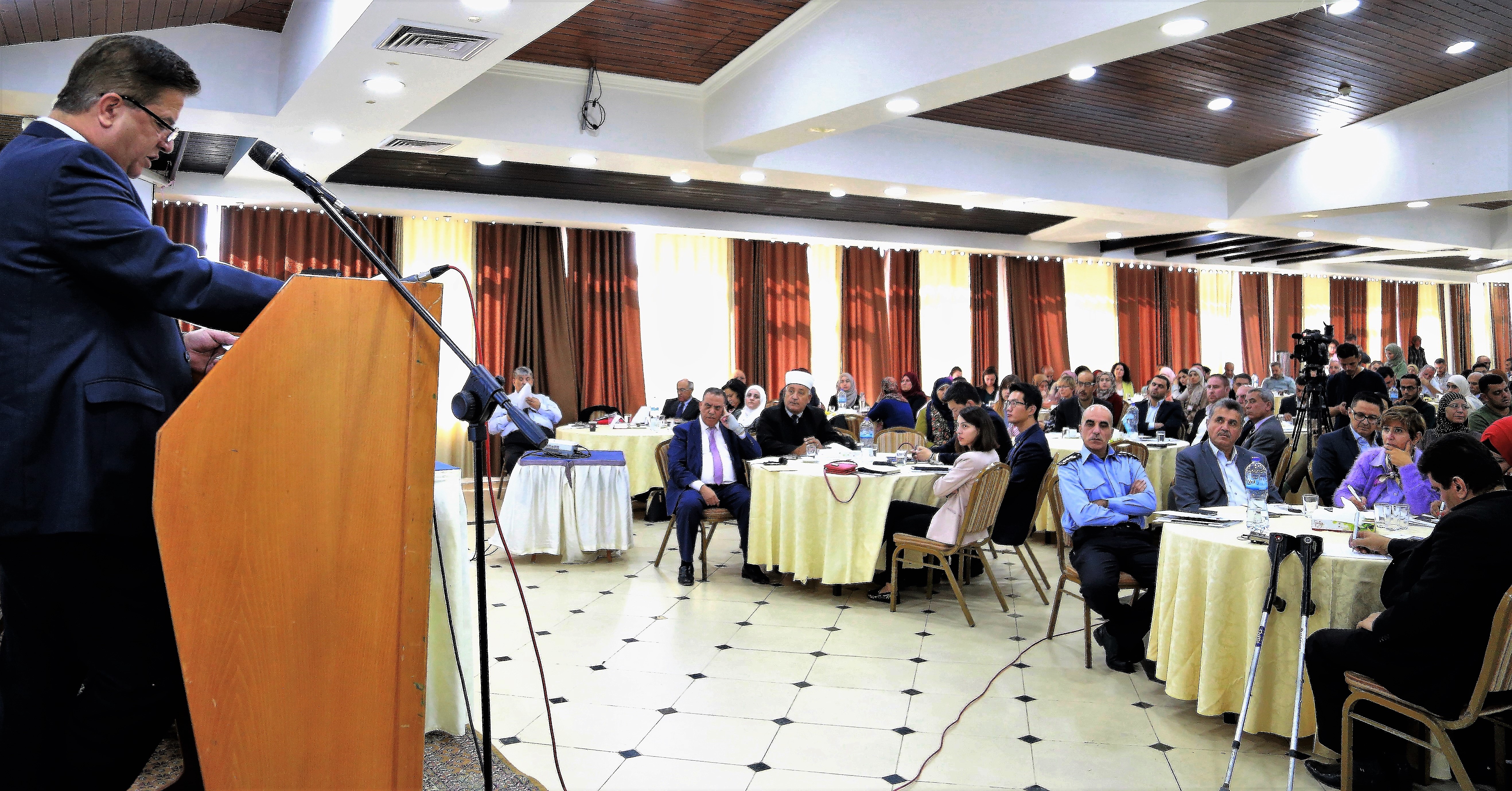 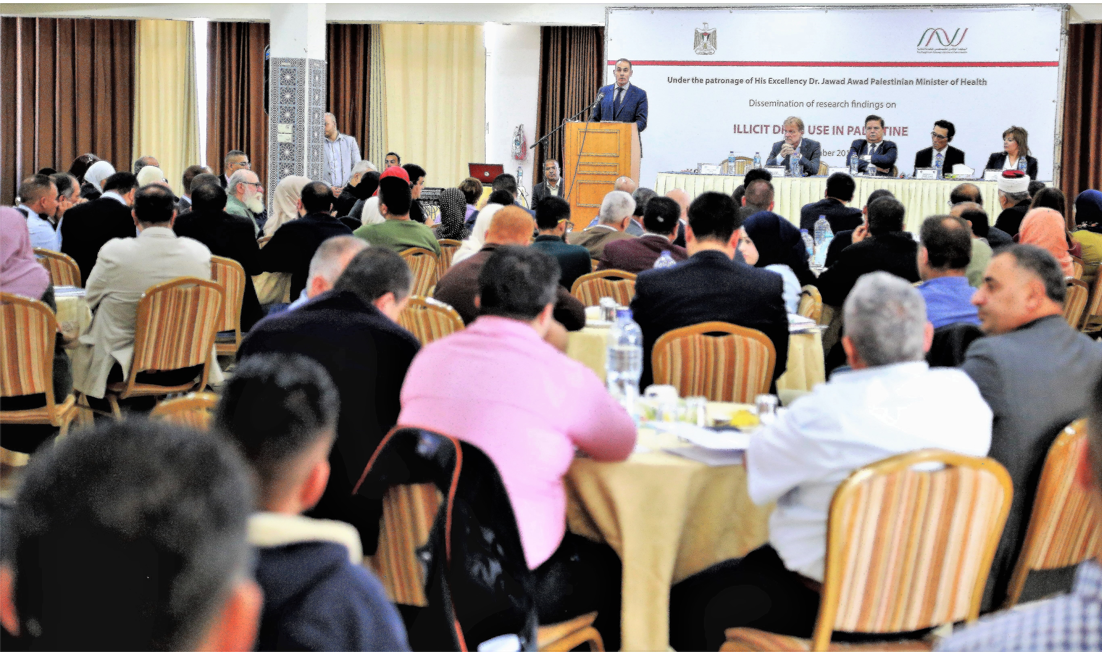 The results of a study conducted by the National Institute of Public Health in Ramallah, in collaboration with UNODC, the Ministry of Health, the World Health Organization in Palestine, and with the support of the Korean International Cooperation Agency, was released to reveal alarming figures on the spread and use of drugs in Palestine.

The study on illicit drug use (non-prescription drugs), including a size estimation study, which focuses on high-risk drug use in Palestine, is not only timely but is of significance as it updates the 11-year-old drug use data.

The problem of drug use has in recent years been mainly spreading among youth and women, especially among family members of current drug users.

The increasing prevalence of illicit drug use relates to the increasing exposure to new types of addictive substances and to the booming opportunities for income generation through drug smuggling and trading. Among the high-risk drug users, 4.2% are injecting drug users. In Gaza, cocaine is mostly injected by the high-risk drug users, while in the South and Center of the West Bank heroin is. Most surprisingly, the study shows that there is a significant prevalence of marijuana or hashish but also, and mainly, the use of antidepressants and painkillers in high doses (methadone, morphine, phencyclidine, barbiturates, benzodiazepines, etc.) in the West Bank and East Jerusalem.

The study was released in an event on 16 November 2017 attended by the Palestinian Minister of Health, Dr Jawad Awwad, representatives of KOICA, UNODC and WHO, and other high-level dignitaries from the Ministries of Health, Interior, Social Solidarity, and Awqaf, as well as academia, research centres and other institutions working in the health field.

In his opening statement, Dr Awwad stated that the "study fills a gap in the data and information on the spread of high-risk drug use among Palestinians in the West Bank and Gaza Strip", and that it would pave the ground to develop relevant policies.

UNODC will strive to support the Palestinian Ministry of Health through developing a comprehensive drug dependence treatment and care system, fully integrated into the national health system, and through strengthening the institutional and human resource capacity of the Palestine National Rehabilitation Center to provide a comprehensive package of drug dependence treatment and rehabilitation services within the continuum of care through community based services.