Egypt: Rehabilitation and Reintegration of Children in Conflict with the Law 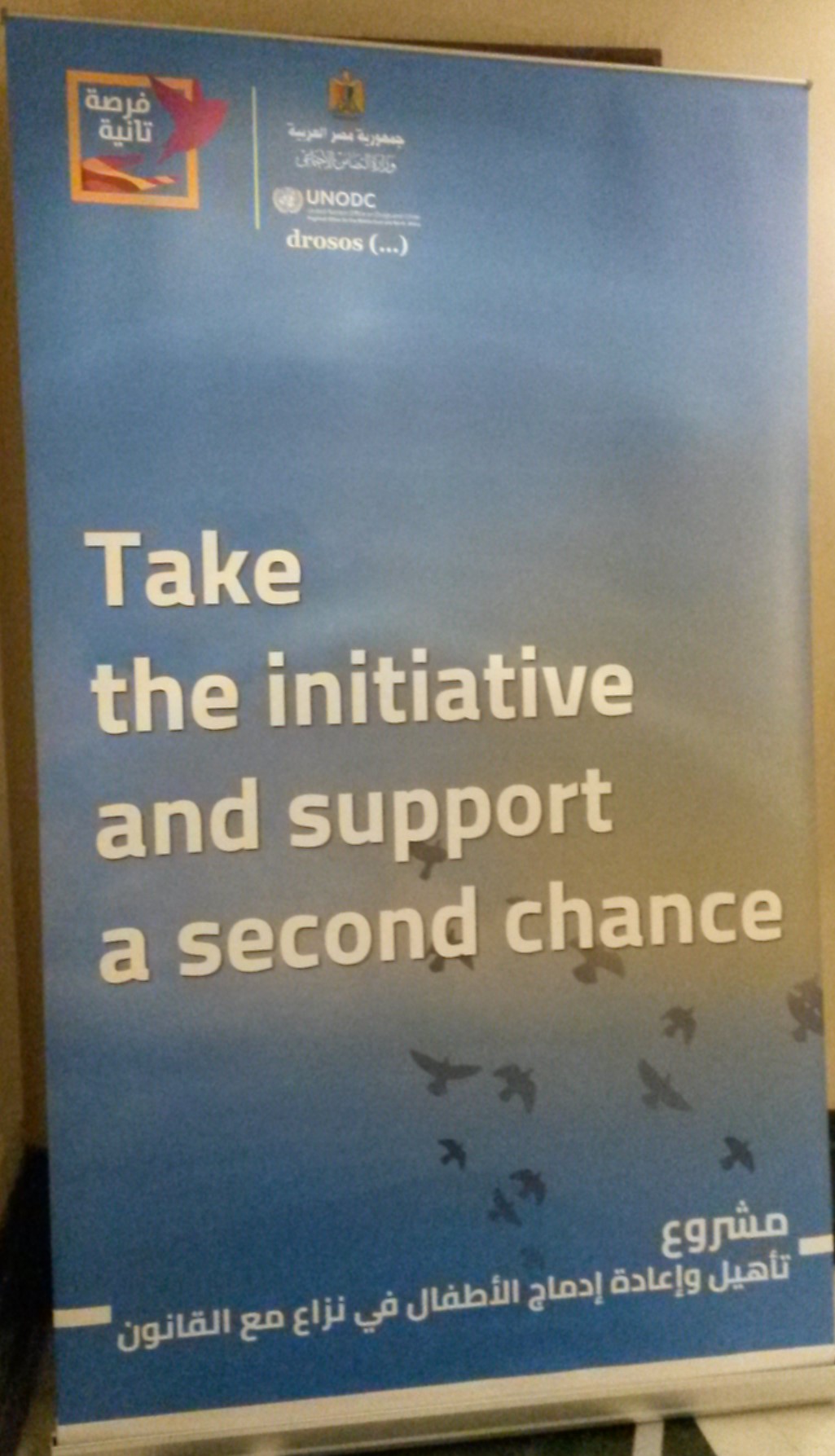 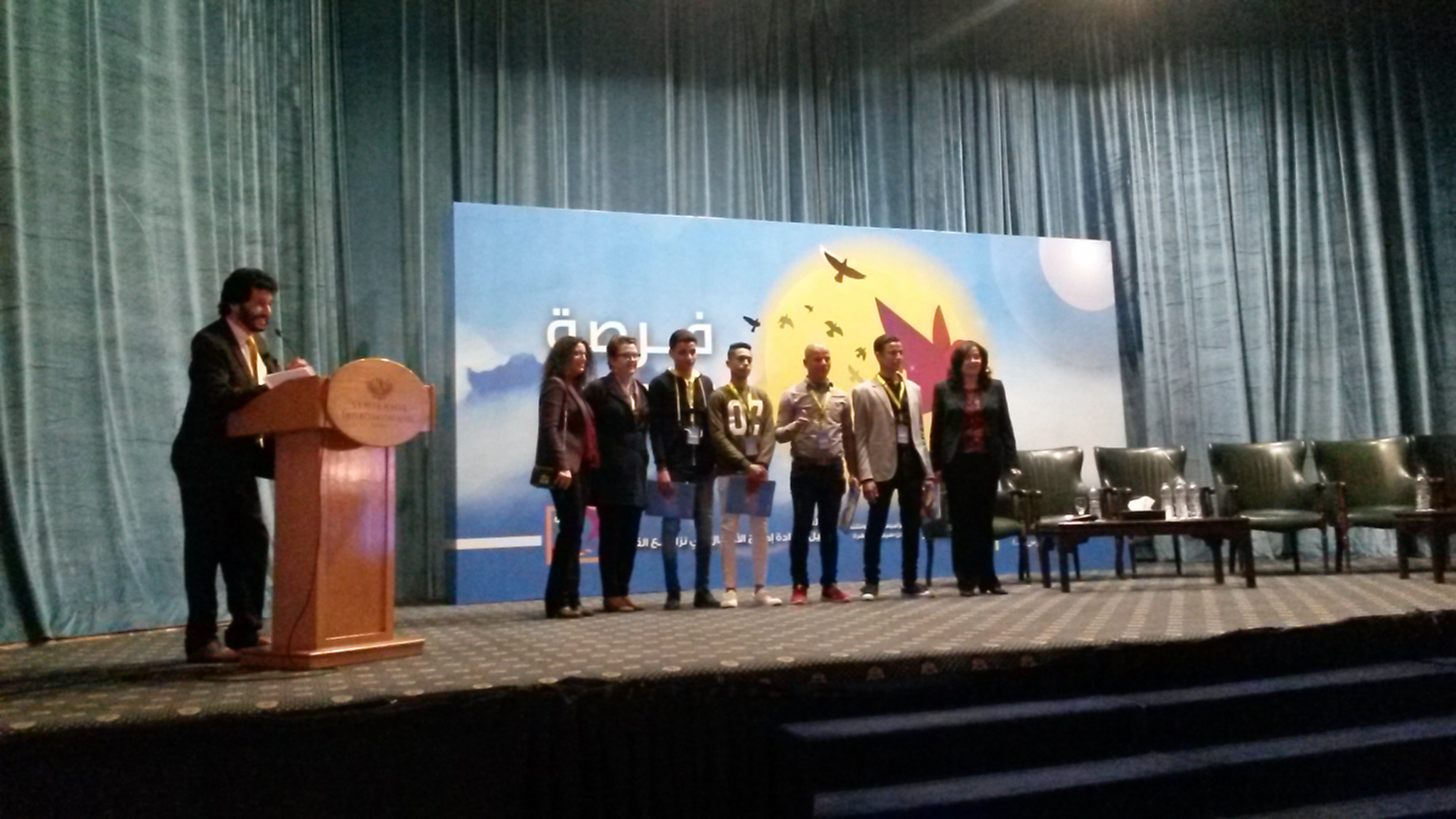 UNODC celebrated on 12 February, the achievements of its Rehabilitation and Reintegration Programme for Juveniles in Conflict with the Law in a conference called 'My Right to a Second Chance' at Semiramis InterConitental in Cairo. In cooperation with the Ministry of Solidarity and the New Horizon Association for Social Development, UNODC has provided vocational training, legal aid services and reintegration services - including social, psychological and economic support - to more than 3,500 children in five institutions in Egypt since the start of the project in 2006.

The highlight of the conference 'My Right to a Second Chance' was the recognition of four boys who had been part of the programme during their imprisonment in El Marg (Egypt's detention centre for young male offenders) as well as after their release. The four boys have successfully put into action what they had learned in prison.

Shafi and Omar have both opened tailor shops, Tarek has a little workshop where he repairs and maintains bicycles and Amir has set up an ironing place in the 5 th Settlement. All four were able to repay the credit they received to kick-start their businesses. The children had received assistance, either in form of money or equipment, as part of the 'life plan' developed together with the social worker, Salah Ishak Samuel, contracted by UNODC, who has supported these and many other boys on their transition from detention back into society.

A variety of representatives took part in the event: government officials, representatives from NGOs and the private sector, as well as UN and funding agencies and public figures. One of the celebrities present at the event, Mahmoud Kabil, Egyptian actor and UNICEF Regional Goodwill Ambassador, took part in a panel discussion and urged the media to work on the stigma against children who had been in prison. The media, he said, 'needs to ensure that society accepts them as our sons and daughters, it needs to highlight success stories, encourage society to accept these children and deal with them in a human way. We have to explain to them that they have done something wrong for which they have been held accountable and now they deserve a second chance'.

Cristina Albertin, UNODC Regional Representative, Mirna Bouhabib, UNODC Programme Manager, Wessam El-Beih, Country Manager of Drosos Foundation and main donor of the project, and Minister Ghada Waly gave presentations on the various efforts undertaken so far and highlighted the importance of continuing to invest in the rehabilitation and reintegration of juvenile offenders, not only for the sake of these children, but also for the sake of society at large.

During the conference, participants could take part in two activities. In one activity, they could vote by putting small balls either into a 'yes' or a 'no' box whether they would offer a juvenile offender  a job after his release - by the end of the conference, most of the balls had found their way into the 'yes' box. In a second activity, participants had the chance to leave encouraging and supportive notes on sheets of paper for boys who are currently in detention and involved in the programme. 'Believe in yourself - change is possible!'; 'Keep hope alive - there are still a lot of opportunities out there for you!' or 'There is always a second chance - tomorrow will be better and we are here with you', read some of the messages.

In addition to celebrating the achievements accomplished under the project, UNODC aimed to raise awareness on the importance of rehabilitation and reintegration of children in conflict with the law and to mobilize further support, including financial support, calling on various sectors of society to 'take the initiative and support a second chance' for a safe and human future for all Egyptians.

This project was implemented thanks to the Financial support of Drosos Foundation.