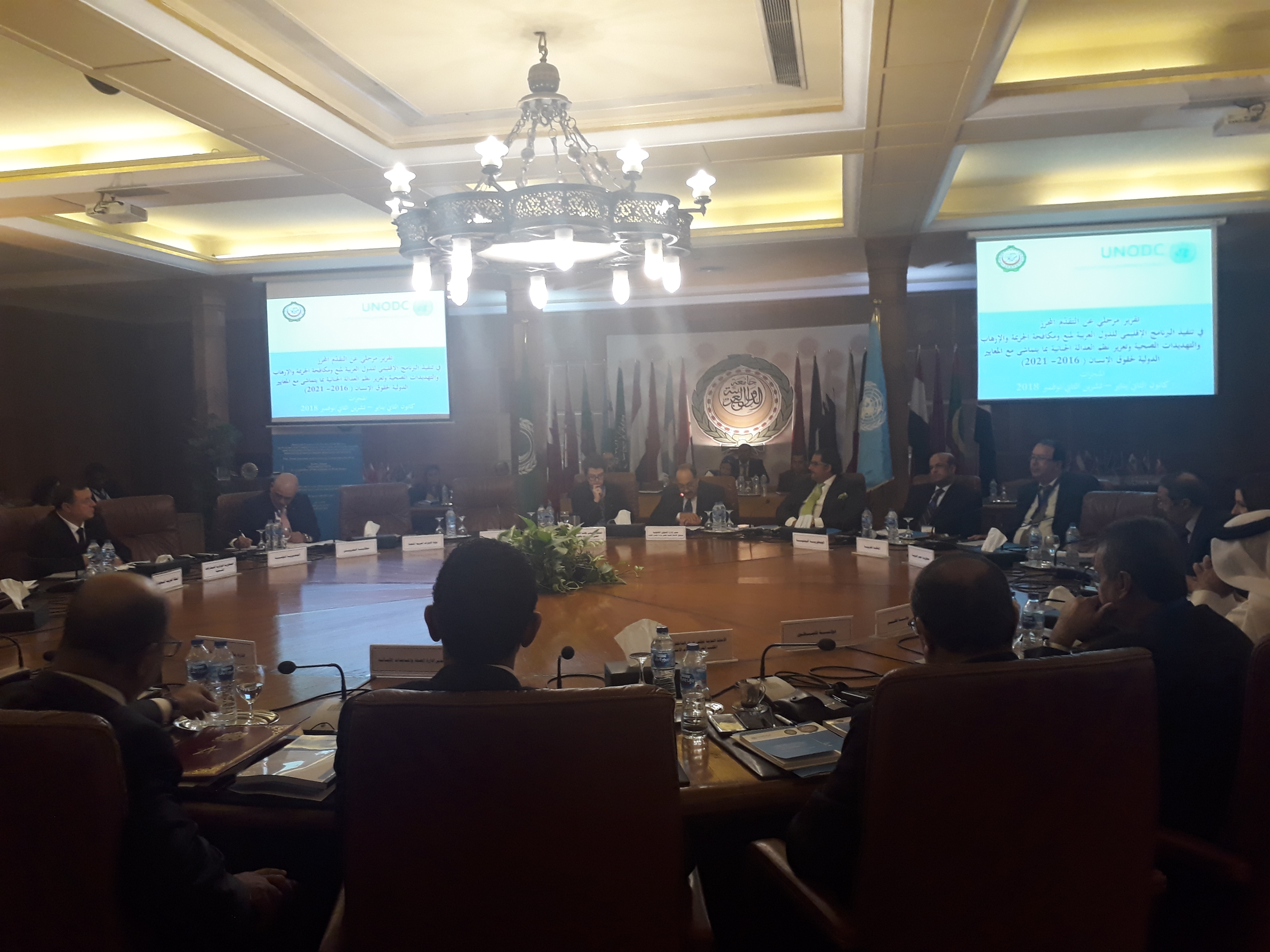 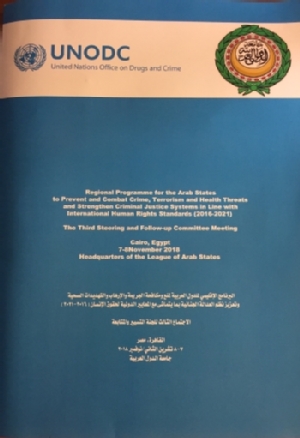 Representatives of Ministries of Foreign Affairs, Health, Interior, and Justice from the Arab countries covered by the Regional Programme gathered for the third time since the launch of the new Regional Programme in 2016 to discuss progress in the implementation of the Regional Programme and to facilitate effective cooperation between UNODC, LAS and the concerned Member States. The discussions focused on countering organized crime, corruption and terrorism while enhancing the criminal justice and health response.

On her part, UNODC Regional Representative, Ms. Albertin, denoted the continuous grave threats to the region and the world posed by transnational organized crime and terrorism but also the increasing problem of drug use. She stated as well that "Many of UNODC mandates are interconnected and this has been increasingly recognized by the international community and also the UN Security Council, in particular with regard to the nexus between organized crime and terrorism and with regard to trafficking in persons in conflict and post-conflict situations".

The Regional Programme was elaborated through extensive consultations with national counterparts, drawing on 20 years of UNODC presence in the region, during which a number of the challenges posed by illicit trafficking, organized crime, terrorism, corruption, criminal justice, crime prevention, drug abuse and HIV/AIDS were addressed.