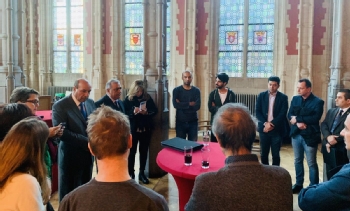 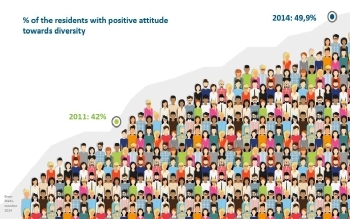 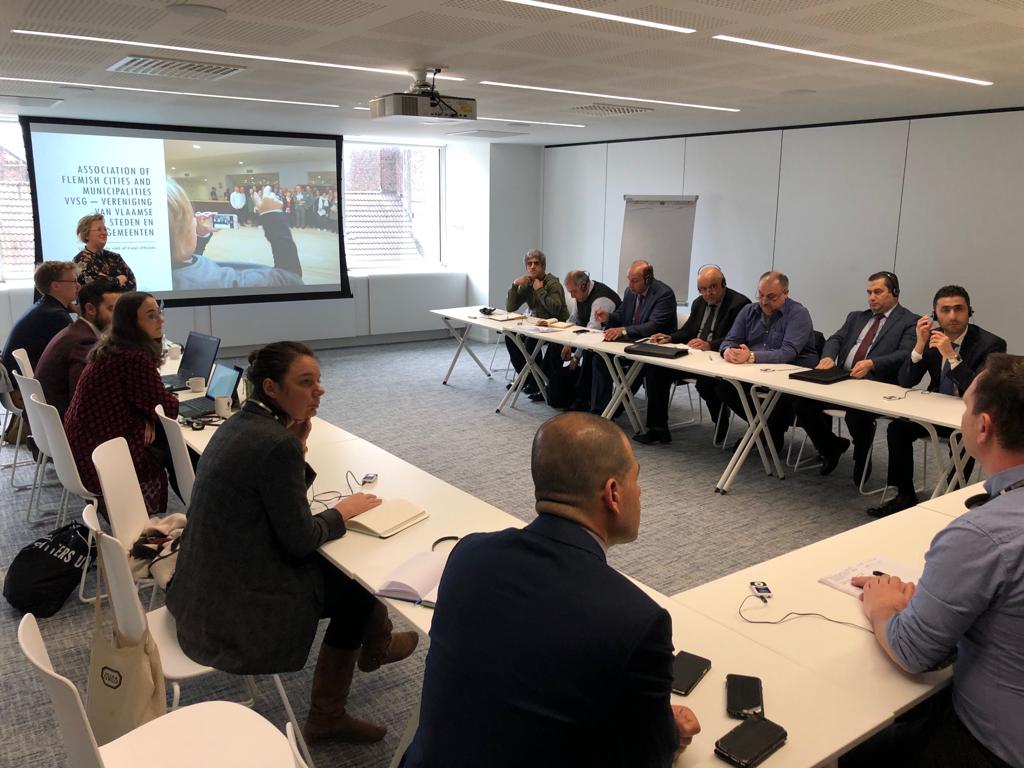 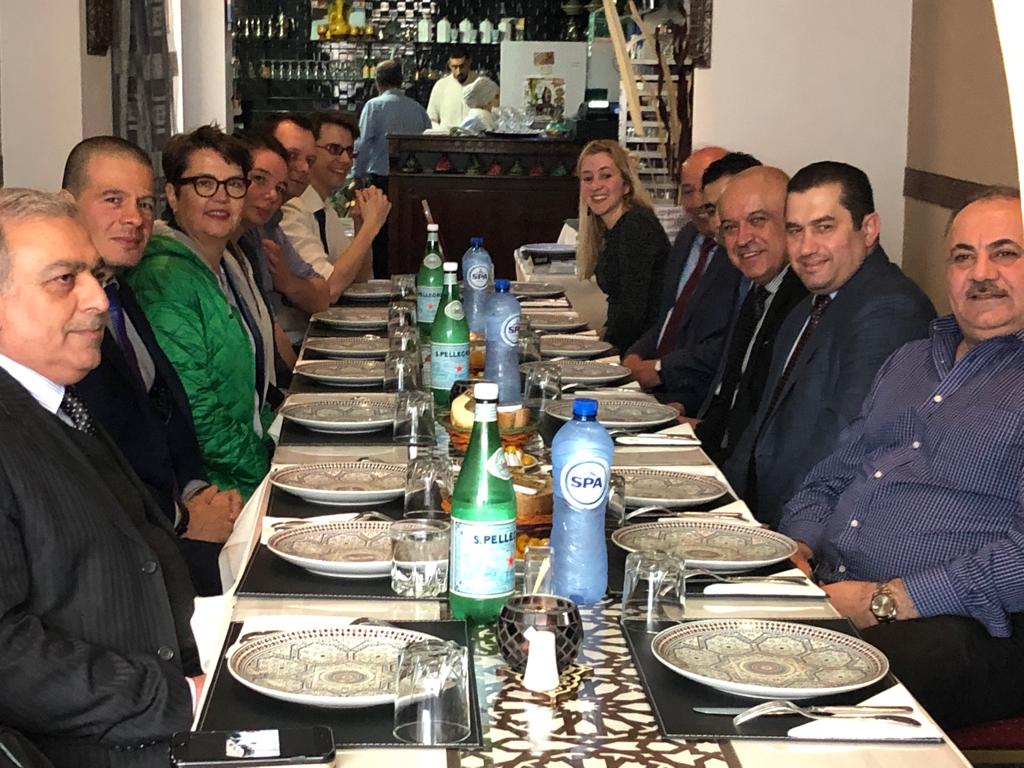 Diversity, inclusion, tolerance, and integration are core values of the UN system, yet it remains challenging to translate them into direct action within the context of addressing terrorism and violent extremism. A possible way to address such challenges is learning from previous successful experiences. From 18th to 20th March 2019, the UNODC MENA Regional Representative, Ms. Cristina Albertin and the UNODC Regional Advisor on Terrorism Prevention, Ali Younes, accompanied an Iraqi delegation to a study visit organised by UNODC and the city hall of Mechelen, Belgium, to enhance their capacities to address crisis situations, counter terrorism, and to prevent violent extremism.

With a population made up of 138 different nationalities speaking 69 diverse languages, Mechelen was chosen as the location of the study visit as it exemplifies direct successful efforts of using diversity to enrich the community and to address possible threats of terrorism and violent extremism through active multicultural integration under the slogan of "living together."

While Belgium had 565 Foreign Terrorist Fighters, Mechelen is one of the key communities and towns that did not have any of its citizens recruited. Such results are due to the initiative and efforts taken by the town's population under the leadership of its current Mayor, Bart Somers, who received the World Mayor Prize by the City Mayors Foundation in 2016 for his efforts to show "Europe that people from many different countries and cultures can come together and be proud citizens. Bart Somers believes that all people in Mechelen are unique and different. They have different dreams, do different jobs, lead different lives. But Mechelen is their home, their city," as it was clarified in the prize citation. Mayor Somers attended the Commission on Crime Prevention and Criminal Justice (CCPCJ) to share the municipality's experience.

The three-day programme started with a field visit to the different departments of the Mechelen Local Police on 18 th March and continued with interesting presentations. "We are like a football team. We can play together and respect the laws," building "bridges between the community and the police" as "we need the confidence of the people," to be able to leave "no person behind" by establishing "networks of social organisations," police officers had commented showcasing the community-based police approach towards the town's citizens.

The presentations and discussions included examples of integration and social inclusion actions, notes on education and diversity, illustrations of social employment actions, and references to positive identity and institutional support. The different elements and policies presented, clarified how various angles are assimilated to produce the Mayor's and town's inclusive policies.

During the following day the delegation visited the Coordination Unit for Threat Assessment (CUTA), where the role of the Centre in assessing the terrorist threat in Belgium, its structure and how it collaborates with local authorities  was explained. Subsequently, the Flemish Organization for Cities, which provides network and support for local governments on different topics (among others, on radicalization and countering/preventing violent extremism), addressed the participants with insights on the Flemish Platform on Radicalization and the socio-preventive projects in the field of violent extremism prevention.

On 20th March, visitors had the chance to meet the Mechelen Mayor Mr. Somers to debate on the Mechelen project "Police and Human Rights" for security cooperation. When speaking on the role of the police to promote security cooperation through integration and diversity, Mayor Somers also added that "police need to be a mirror of society where 25% or 30% of the people in uniform are people from a foreign background. This is important for two reasons, it strengthens the information gathering process about what is really happening in society and secondly, it creates bigger trust between the people, the city, and the police." "The approach to fighting crime in Mechelen is seen primarily as a social policy, where the society must be engaged, and secondly, we never use our police to criminalise groups in society."

Finally, at the Kazerna Dossin, the General Manager of the military barrack, Mr. Christopher Bush, presented the Holocaust Memorial to the delegation.

By the end of the visit, a set of recommendations was formulated to identify ways to replicate the Mechelen experience in selected municipalities in Iraq.

UNODC thanks the city of Mechelen for the great experience and excellent support.

The study visit was funded by the Government of Japan.