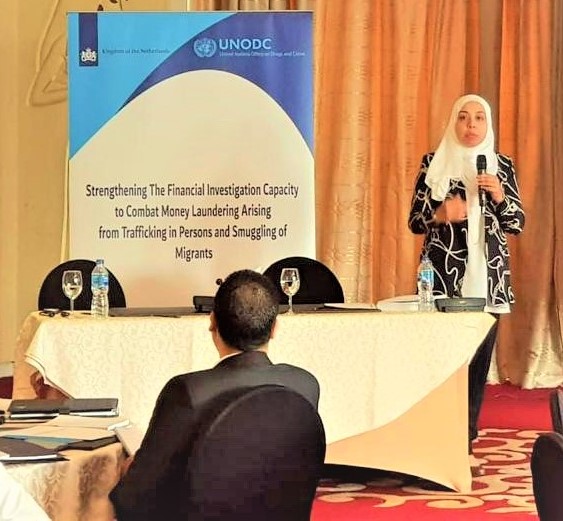 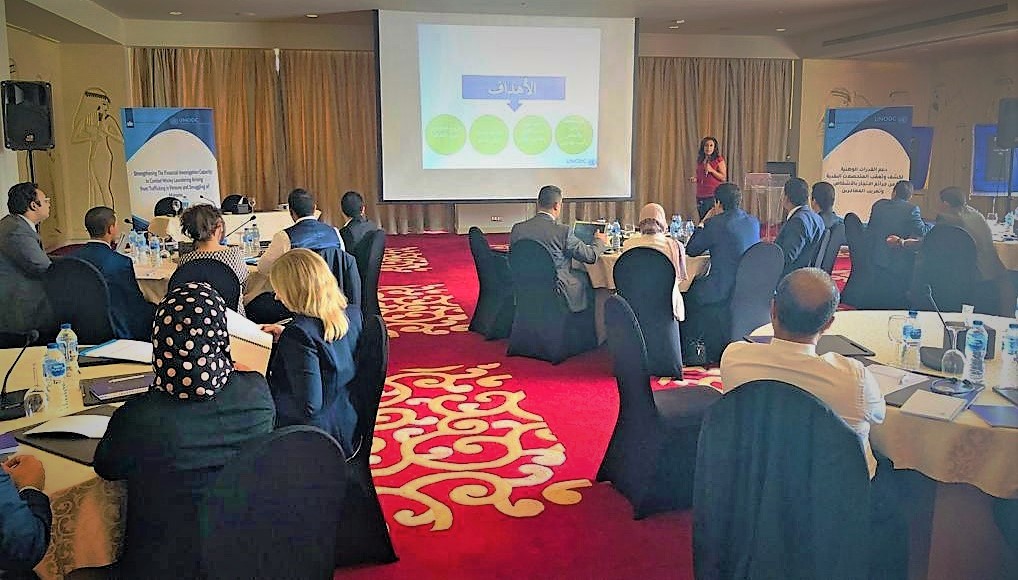 To fully address two critical forms of organized crime, Trafficking in Persons (TiP) and Smuggling of Migrants crimes (SoM), a full cycle of prevention needs to be put in place to not only aim at preventing the crime but also at stopping the possible profits gained from it.

According to the 2011 Financial Action Task Force (FATF) report, criminals involved in TiP and SoM are also highly engaged in the handling and movement of cash, hence financial investigation and analysis can play a significant role in the detection and investigation of such crimes. International Labor Organization (ILO)'s 2014 report accounted 150 billion a year as earnings for human trafficking. The United Nations Office on Drugs and Crime (UNODC)'s Toolkit on Trafficking in Persons emphasizes the importance of financial investigations and analyses to uncover traffickers and smugglers (follow the money and you will find the trafficker).

Trafficking in persons is identified as the acquisition of people by improper means such as force, fraud or deception, with the aim of exploiting them. Smuggling of migrants involves the procurement for financial or other material benefit of illegal entry of a person into a State of which that person is not a national or resident.

From 21 to 22 July 2019, UNODC held an expert group meeting (EGM) in Cairo, Egypt on Red Flag Indicators for Trafficking in Persons and Smuggling of Migrants. The red flag indicators incorporate a set of warning signs, prepared for financial institutions, which may help them identify suspicious financial transactions related to the crimes of TiP and SoM. When such indicators are witnessed within transactions, financial institutions would then report them to the law enforcement agencies.

The EGM gathered representatives from relevant governmental institutions in Egypt, Libya, Morocco and Sudan; notably the Ministry of Justice, Ministry of Interior, the Public Prosecution, the Administrative Control Authority, and the Financial Information Units of the national Central Banks. Other relevant law enforcement agencies and financial institutions responsible for the detection and interdiction of illicit financial flows arising from the crimes of trafficking in persons and smuggling of migrants were also present.

The meeting's main objective was to discuss and analyze a set of red flag indicators regarding the financial returns of the crimes of TiP and SoM, and come up with recommendations regarding these indicators, by developing and refining them. The sessions also covered topics regarding the implementation of the UN Conventions and Protocols, especially the United Nations Convention against Transnational Organized Crime (UNTOC) and the United Nations Convention against Corruption (UNCAC), as well as reviewing real-life cases by law enforcement officials from the participating countries.

Such efforts are under the "Strengthening the Financial Investigation Capacity to Combat Money Laundering Arising from Trafficking in Persons and Smuggling of Migrants" project. The workshop was concluded by a refined set of indicators for the benefit of financial institutions as well as law enforcement agencies, to enable them to identify and detect suspicious financial transactions related to the crimes of trafficking in persons and smuggling of migrants.