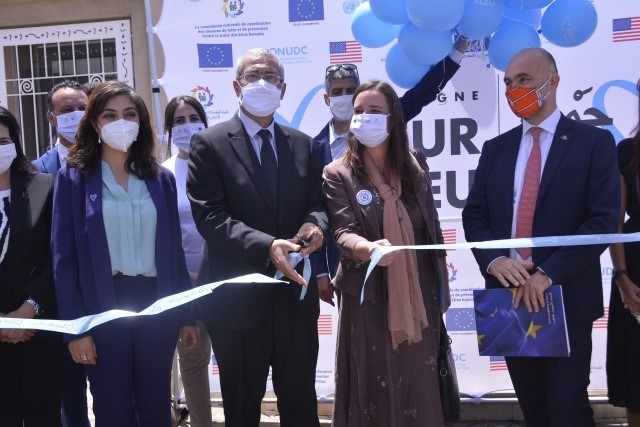 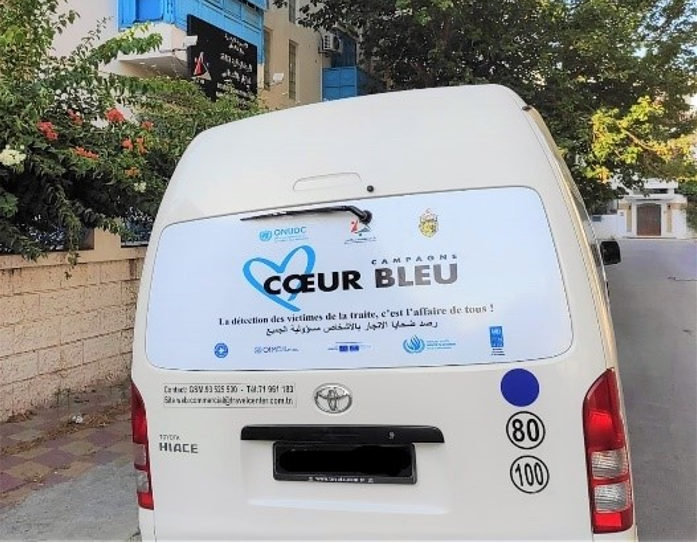 Marking World Day Against Trafficking in Persons (TiP), UNODC organized several activities and actions at a regional and national scale in Algeria, Egypt, Morocco, Tunisia, amongst others.

At the regional level, UNODC launched the regional “Saving Dignity” online campaign in collaboration with IOM MENA to mark the day. The week-long campaign included a series of podcasts, awareness-raising material, and an online movie screening on experiences of TiP survivors with Q&A with the lead actor. The campaign reached more than 1.5 million on social media. Furthermore, “Saving Dignity” was adopted by the Ministry of Labour in Lebanon. The Ministry provided a hotline for migrant workers to contact in case of undergoing a form of TiP exploitation.

In Algeria, UNODC collaborated with the Ministry of Foreign Affairs to organize a wide awareness-raising event with all the main actors in Algeria involved in combatting TiP. The event provided updated insight into the main kinds of TiP and action undertaken to address the crime.

As part of the Blue Heart Campaign, UNODC in Tunisia, in collaboration with the National Anti-TiP Committee and UN agencies and partners, organized a van touring 3 cities raising awareness on the common forms of TiP in Tunisia, a dance and music exhibition, a youth dialogue on TiP, and a press conference. UNODC also welcomes Morocco who joined the Blue Heart Campaign and announced it by showing a Blue Heart on one of Rabat’s main skyscrapers and holding a celebration and media event.

In Egypt, UNODC delivered a message as part of the World TiP Day awareness video with the Egyptian Prime Minister, Minister of Foreign Affairs, and several other partners and counterparts. “UNODC and Egyptian Government work together to counter TiP, bringing preparators to the court, and delivering justice to the victims. Also during these unprecedented times of COVID19,” Cristina Albertine, UNODC Regional Representative for the Middle East and North Africa stated in her message.

The regional activities were funded by the EU, UK, US JTIP, and IOM MENA.