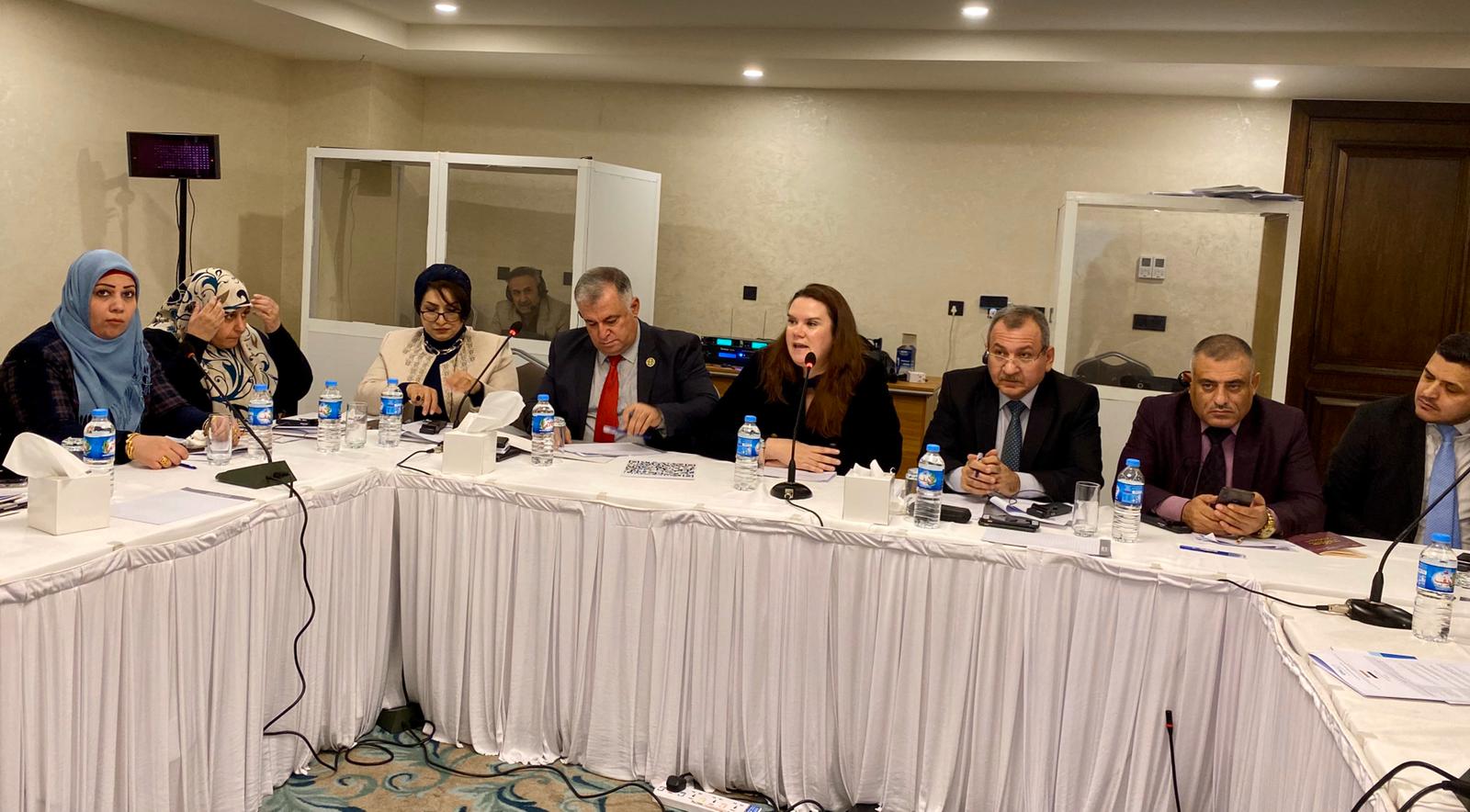 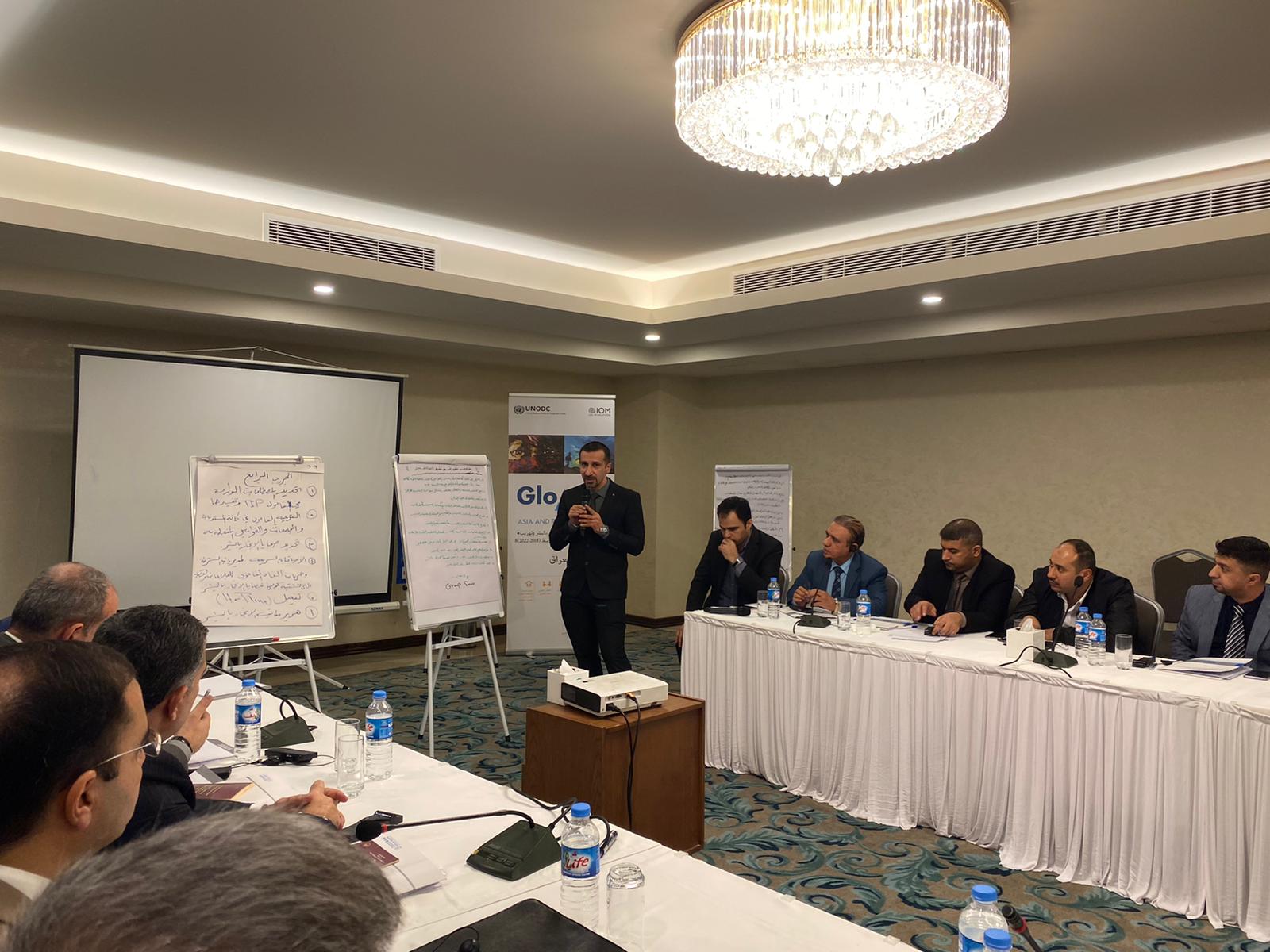 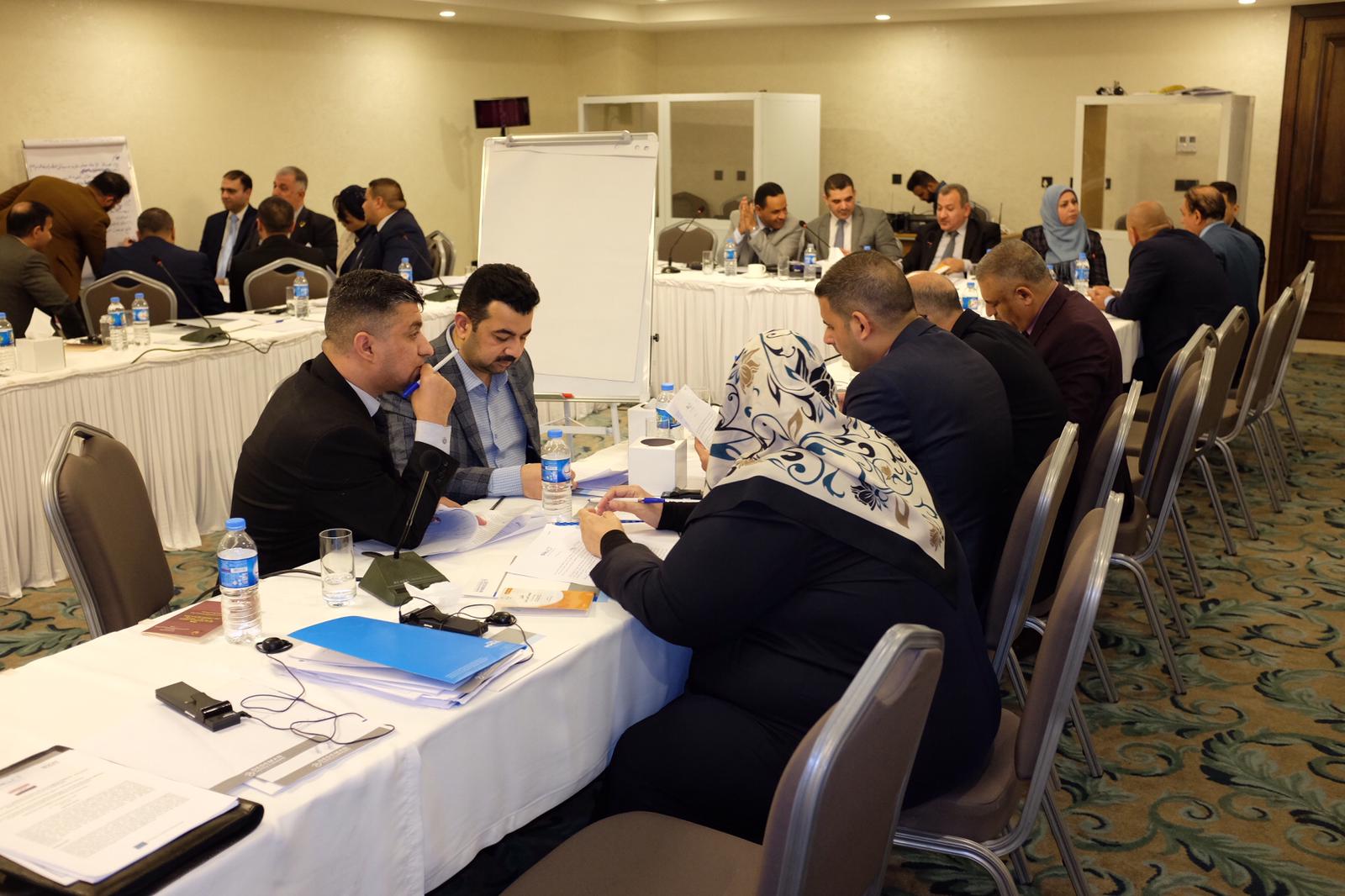 PreviousNext
Erbil, Iraq - UNODC, under the framework of the Global Action against Trafficking in Persons and the Smuggling of Migrants (GLO.ACT Asia and the Middle East) organized a two-day workshop for judicial investigators and prosecutors, members of the Central Committee on Combating Human Trafficking and CSOs representatives in Erbil, Iraq.
In terms of context, Iraq is a source and destination country for women and children subjected to sex trafficking and men, women, and children subjected to forced labour. Much of this is linked to conflict. Irregular migration and migrant smuggling are commonplace throughout the Middle East, and Iraq is well documented as being a source, and to a lesser degree, a transit country for smuggled migrants. Europe is an increasingly attractive destination for would-be migrants arriving from the Middle East, and Iraq forms part of one of two migratory corridors connecting India to Europe.

One of GLO.ACT's project objectives is to strengthen Iraq's current capacity to investigate and effectively and fairly prosecute the crimes of TIP and SOM, while protecting the rights of trafficked persons and smuggled migrants.

The workshop was opened by Aimée Comrie, UNODC GLO.ACT Project Coordinator, who proceeded to outline the work UNODC undertakes to Trafficking in Persons (TIP) and Smuggling of Migrants (SOM), and spoke about the work to be implemented under GLO.ACT before giving the floor to Judge Husam Abdulkareem Yousif, Head of the Central Investigation in Baghdad and Judge Beshdar Majeed from the KRG MoJ who stressed the need for Standard Operating Procedures (SOPs) when it comes to TIP cases.

Bringing together 30 participants (4 female/26 male), including specialized judicial investigators and prosecutors from various governorates in Iraq, members from the Central Committee on Combatting Human Trafficking  also remained to participate in the workshop ensuring the committee's representation and inputs, as well as representatives from local NGOs.

The workshop started with an overview of the objectives, in addition to best practices in achieving best evidence delivered by Martin Reeve, GLO.ACT Regional Advisor. In view of corroborating victim-centred investigations and prosecutions context-sensitive case studies were looked into and discussed in-depth. The group work that ensued, provided ample opportunity to define key loopholes with regard to the place of victims in investigations and prosecutions and how these issues could concretely be addressed.

In light of the discussions carried out on the previous day, the participants, divided into groups, were encouraged to put forward a number of concrete suggestions that would effectively enable the drafting of SOPs which are paramount to victim-centred investigations and prosecutions. Some of the main recommendations included: