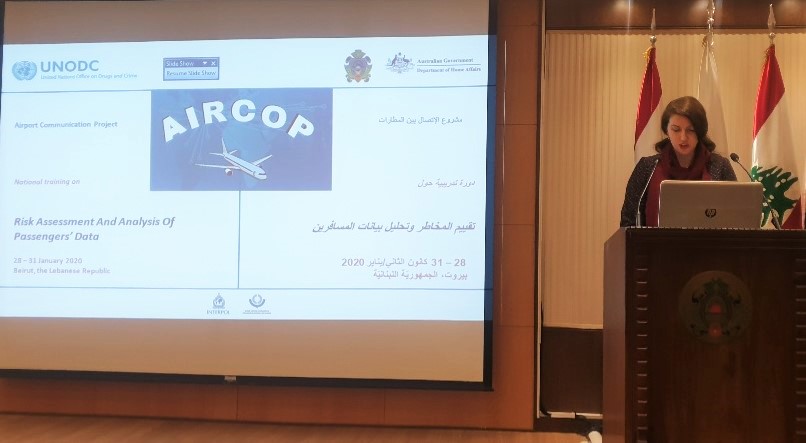 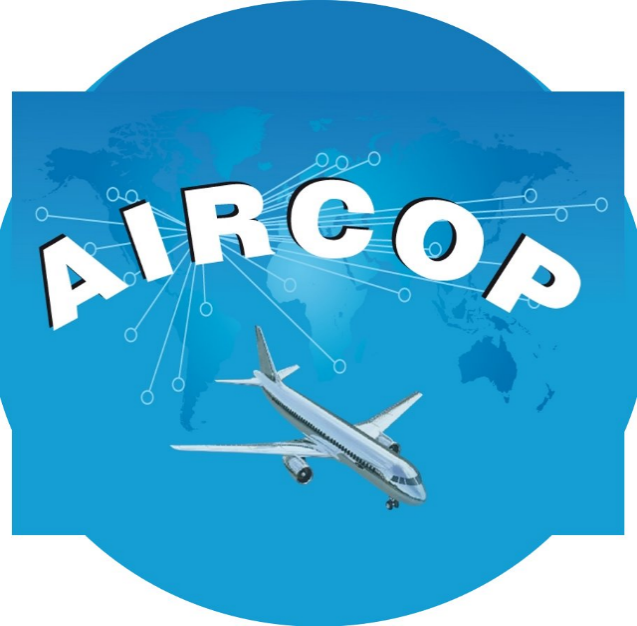 Exploitation of the increasing number of air passengers, by organized criminal groups and terrorist entities to move their people, goods and ideologies across borders, is identified as one of the major risks at airports. In order to secure air borders, Member States work to adopt a risk-based approach to ensure that measures to prevent or mitigate those risks are proportionate to the risks identified.

The United Nations Office on Drugs and Crime (UNODC) supports Member States in strengthening their border control capacities for the prevention of cross-border illicit activities including organized crime and terrorism.

Funded by Australia in Lebanon, the UNODC-WCO-INTERPOL Airport Communication Project (AIRCOP) organized a national training on risk assessment and analysis of passenger data in Beirut, Lebanon from 28 to 31 January 2020.

Attended by 26 representatives from the Lebanese General Directorate of General Security, the training focused on the importance of adopting a risk-based approach for the identification and detection of individuals involved in terrorism and serious crimes at international airports.

A key part of the training focused on the use of Advanced Passenger information (API) and Passenger Name Record (PNR) for the evidence-based risk assessment of passengers, the establishment of risk indicators and the creation of targeting rules, in line with UN Security Council resolutions 2178 (2014), 2396 (2017) and 2482 (2019).

During the opening ceremony, General Joseph Toumieh, Head of Planning and Development Office of the General Directorate of General Security, expressed the importance of risk assessment for a more secured passenger travel through Beirut airport. Ms. Rebekah Grindlay, the Ambassador of Australia to Lebanon, subsequently expressed the importance of securing air borders to combat the movement of organized criminal groups and high-risk passengers worldwide. The growing connectivity offered by the airlines and the increased risks of exploitation of those connections by high-risk passengers particularly in the Middle East was then highlighted by Ms. Dina Fayad, Regional Coordinator for AIRCOP in the MENA region, who indicated that concerted efforts were required at the national and international levels.

AIRCOP, implemented by the United Nations Office on Drugs and Crime (UNODC) in partnership with INTERPOL and the World Customs Organization (WCO), aims at strengthening the capacities of international airports to detect and intercept drugs, other illicit goods and high-risk passengers (including FTFs), in origin, transit and destination countries. AIRCOP also promotes intelligence and information sharing between services at national and international level, as well as an intelligence-led approach to countering drug trafficking as well as other types of threats.

The project, funded by Australia, Canada, the European Union, France, Japan, the Netherlands, Norway and the United States of America, covers multiple threats targeting airports, including all illicit drugs, other illicit goods (such as wildlife, counterfeit medicine or weapons) and most recently terrorism and trafficking in persons. The AIRCOP network currently covers 36 countries (41 airports), including 25 airports with a Joint Airport Interdiction Task Force and 7 associate countries in Africa, Latin America, the Caribbean and the Middle East.