Egypt: Interactive methods to address Trafficking in Persons and Smuggling of Migrants 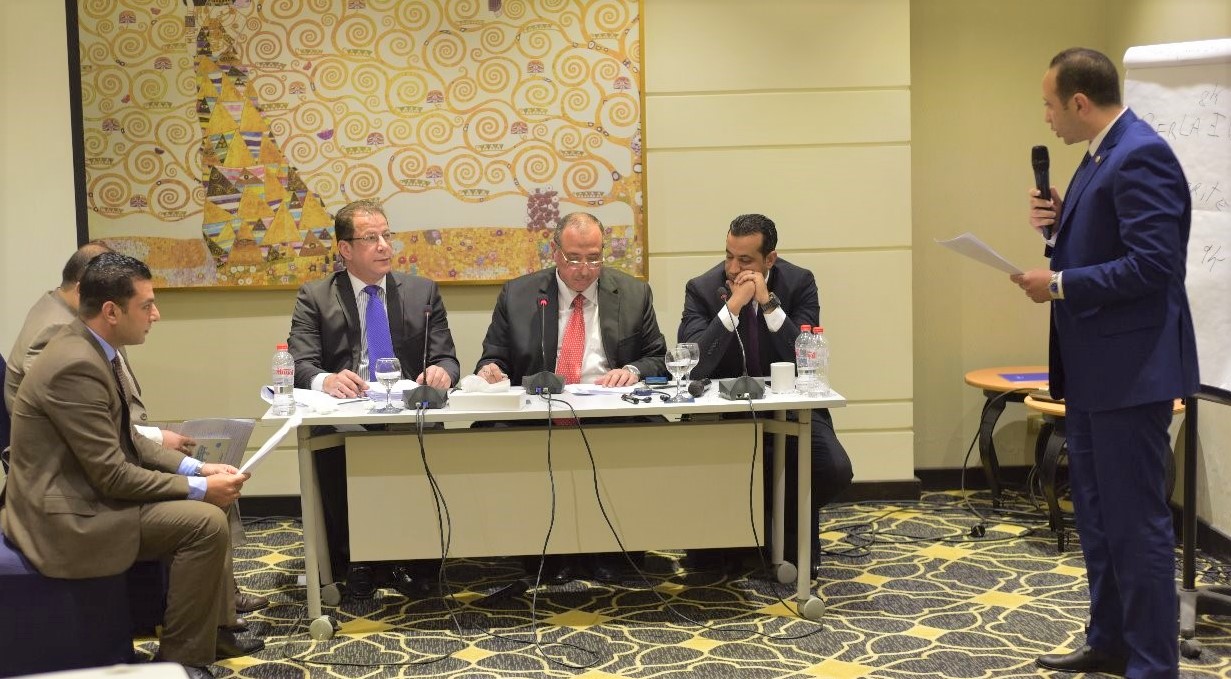 The United Nations Office on Drugs and Crime (UNODC) in collaboration with the National Coordinating Committee for Preventing and  Combating Illegal Migration and Trafficking in Persons (NCCPIM&TIP) held a five-day long mock trial workshop based on real life human trafficking and migrant smuggling cases. The activity was part of “The North Africa Cooperation on Migrant Smuggling and Trafficking in Persons” project funded by the United Kingdom (UK).

From 8 until 12 March 2020, the mock trial  brought together 30 participants from different Government Institutions, Ministries and governorates across Egypt; such as the Ministry of Justice (MOJ), Ministry of Interior (MOI), Office of Prosecutor General (OPG) and Administrative Control Authority (ACA), all involved in the investigation and prosecution of trafficking in persons (TIP) and smuggling of migrants (SOM) cases. The objective of the workshop was to strengthen the national capacities of all entities in investigating, prosecuting and adjudicating TIP and SOM cases in accordance with national legislation, as well as in providing assistance and protection to trafficking victims and vulnerable migrants during the criminal justice process.

The workshop was designed to cover the different aspects of both transnational organized crimes (TIP and SOM), such as perpetrators, victims, and witnesses’ interviews, victim identification, assistance and protection, regional and international cooperation and financial and open-source investigation.

Representatives from ACA, MOJ and OPG delivered presentations to share their experience in dealing with real cases they confiscated; they  also demonstrated a real SOM case through a video where perpetrators forged official documents to facilitate irregular migration and were eventually prosecuted. UNODC’s experts additionally provided sessions on the international legal framework ie. The United Nations Convention against Transnational Organized Crime (UNTOC) and the Protocols thereto, as well as sessions on the means of communication used in organized crime and the unlawful use of technologies.

A special thanks to the Government of the United-Kingdom for funding this activity.