Egypt: Launch of the Handbook for Effective Police Response to Crimes of Violence Against Women 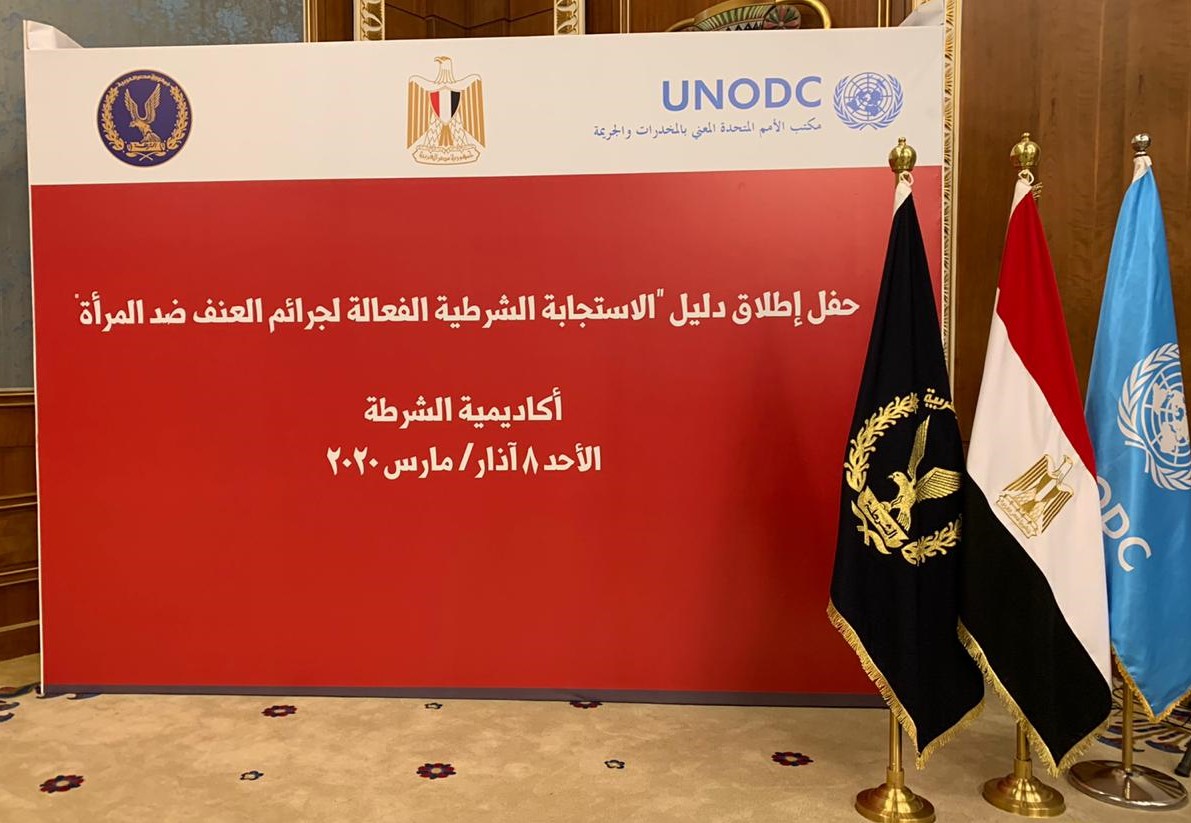 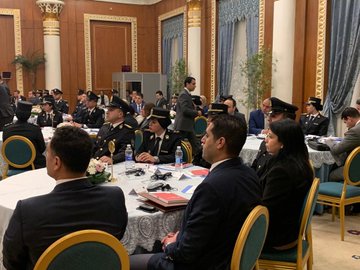 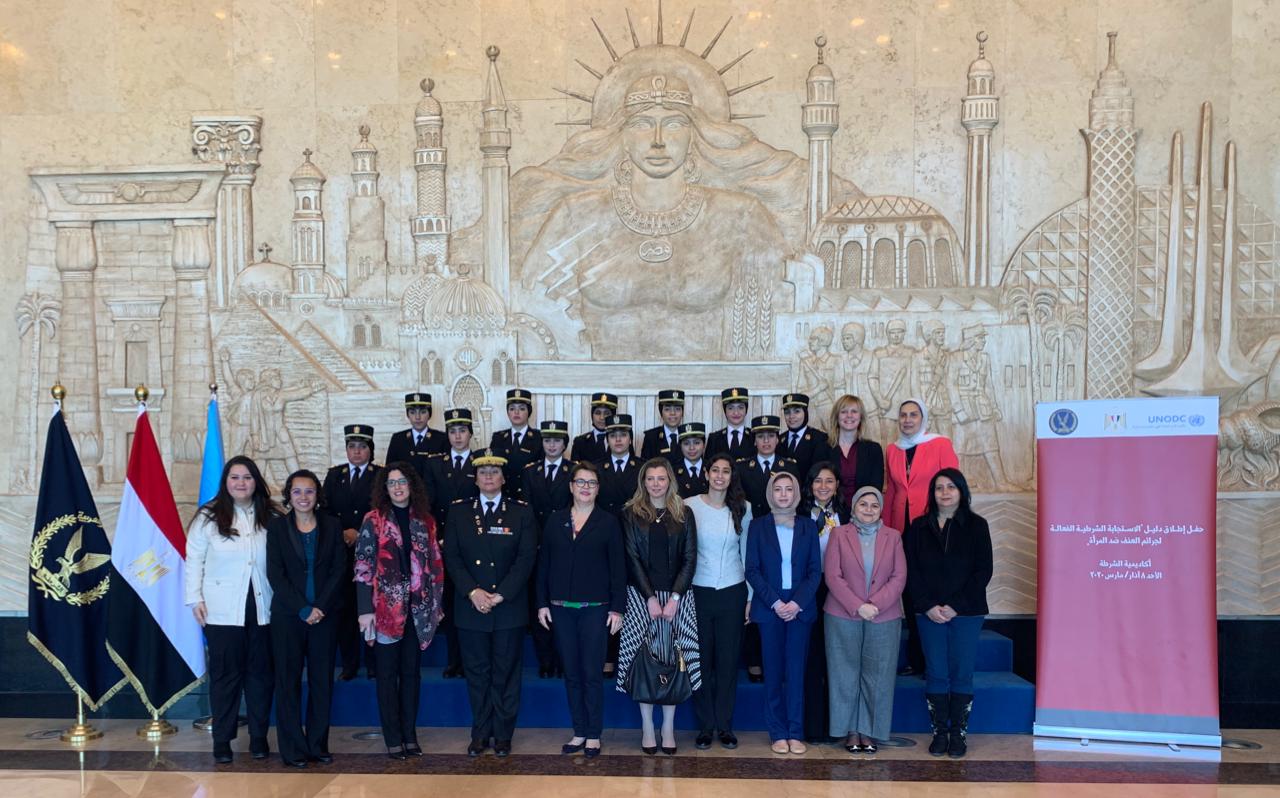 Violence Against Women (VAW) is a global phenomenon of pandemic proportions, which has an impact on all societies. It violates the rights and fundamental freedoms of women and girls. Such violence can have a devastating effect on the lives of victims, their families and communities. No society can consider itself immune from such violence. Violent practices that victimize women and girls transcend social, cultural, ethnic and religious boundaries.

According to the 2019 Global Homicide Study published by the United Nations Office on Drugs and Crime (UNODC) on homicide and gender-related killing of women: A total of 87,000 women were intentionally killed in 2017 with 58% killed by intimate partners or other family members. Hence, in one form of VAW, 137 women across the world are killed by a member of their own family every day.

Through its mandate, UNODC works to support Member States reach the targets under Sustainable Development Goal 5 to “Achieve gender equality and empower all women and girls.” A key pillar of such efforts is enhancing Member States’ responses to VAW by: promoting access to justice for women and girls; supporting the development of legislation and policies that protect and uphold their rights and prevent violence against women and girls; developing institutional and professional capacities relevant to respecting, protecting and fulfilling the rights of women and girls; and creating  positive environments for women and girls to claim their rights and be active agents of change.
Across the Middle East and North Africa (MENA) region relevant  initiatives are framed under the project “Improving Prevention and Criminal Justice Response to Violence against Women and girls (VAW&G). This project aims at raising awareness among the criminal justice practitioners regarding the best ways and means to prevent VAW, building their technical skills to investigate and prosecute VAW cases and improving the institutional capacities in this respect.

On the 8th of March 2020, coinciding with International Women’s Day, the Egyptian Ministry of Interior (MoI) and UNODC launched the “Handbook for Effective Police Response to Crimes of Violence Against Women.” Taking place at the National Police Academy, the launch event was marked by the presence of General Alaa Al-Ahmadi, Assistant Minister of Interior for the Media and Public Relations Sector, General Hesham Yehia, Assistant Minister of Interior for the Human Rights Sector, Counselor, Sanaa Khalil, Head of the Legislative Committee at the National Council for Women (NCW), and Ms. Cristina Albertin, UNODC Regional Representative for the Middle East and North Africa.

His Excellency Mr. Mahmoud Tawfiq, Minister of the Interior, during a speech delivered on his behalf by Major General Al-Ahmadi, affirmed that security efforts are proceeding in an integrated manner with the efforts of state institutions, in order to continue improving performance rates in the fight against all forms of violations to Egyptian women’s rights, especially the problem of violence against women, which threatens not only women, but also the achievements of humanity as a whole.

The crucial document comes as a key point in the cooperation between the MoI and UNODC to address VAW. The Handbook for Effective Police Response to Crimes of Violence Against Women aims to develop and enhance the technical and legal capacities of police officers to deal with this very specific kind of crime through a human rights victim-oriented approach.

“The Handbook was conceived with this aim: to strengthen the response of Police to crimes of violence against women. A total of 140 police officers, of which nearly half of them women, were trained, in this very location, and their insights allowed us to include and fine tune the Handbook with essential,” Ms. Albertin commented.

The Handbook is a result of a collaborative approach with Egyptian counterparts, supported by the generous contribution of the International Narcotics and Law Enforcement Department at the United States Government, who supported the development of the handbook and the United Kingdom (UK), who supported the delivery of the relevant trainings in the field of violence against women.