Egypt: Youth and education at the heart of countering corruption 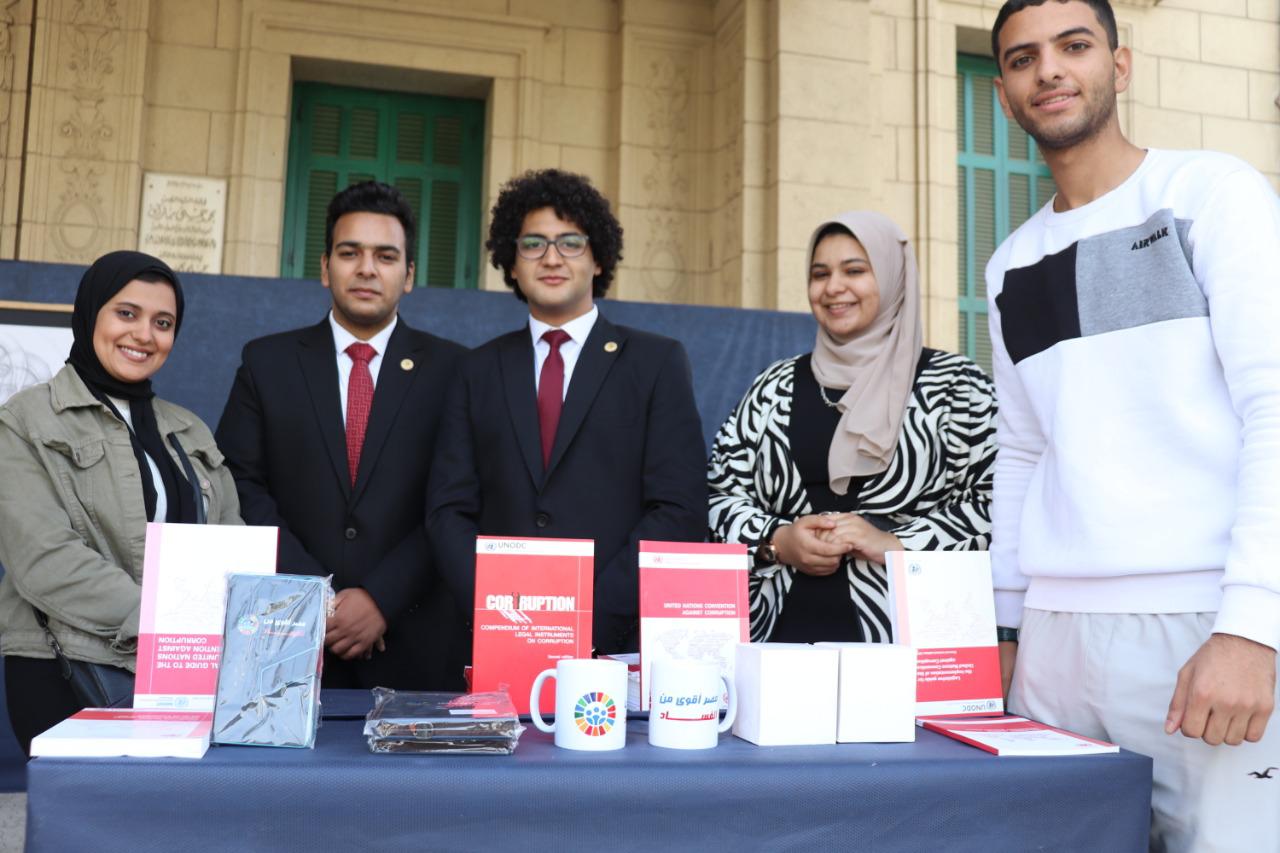 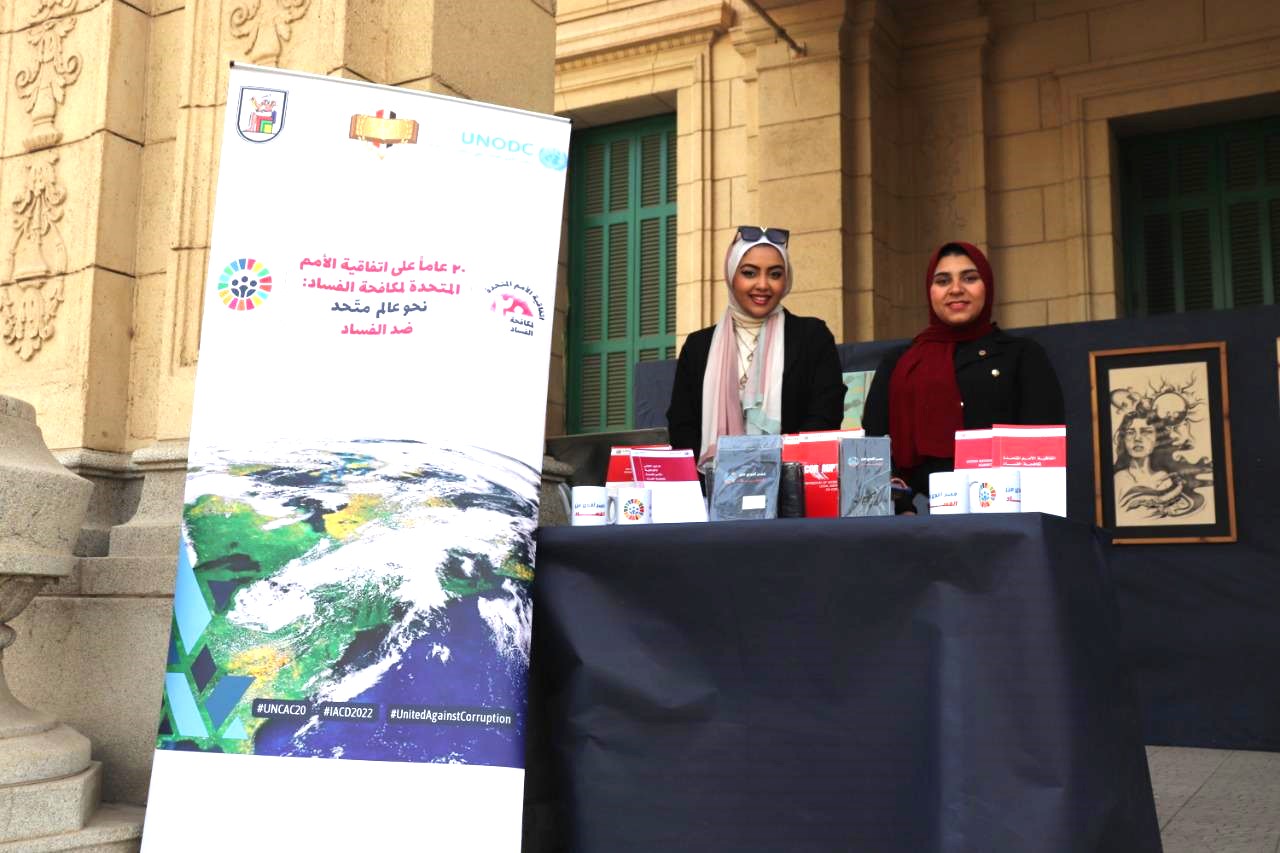 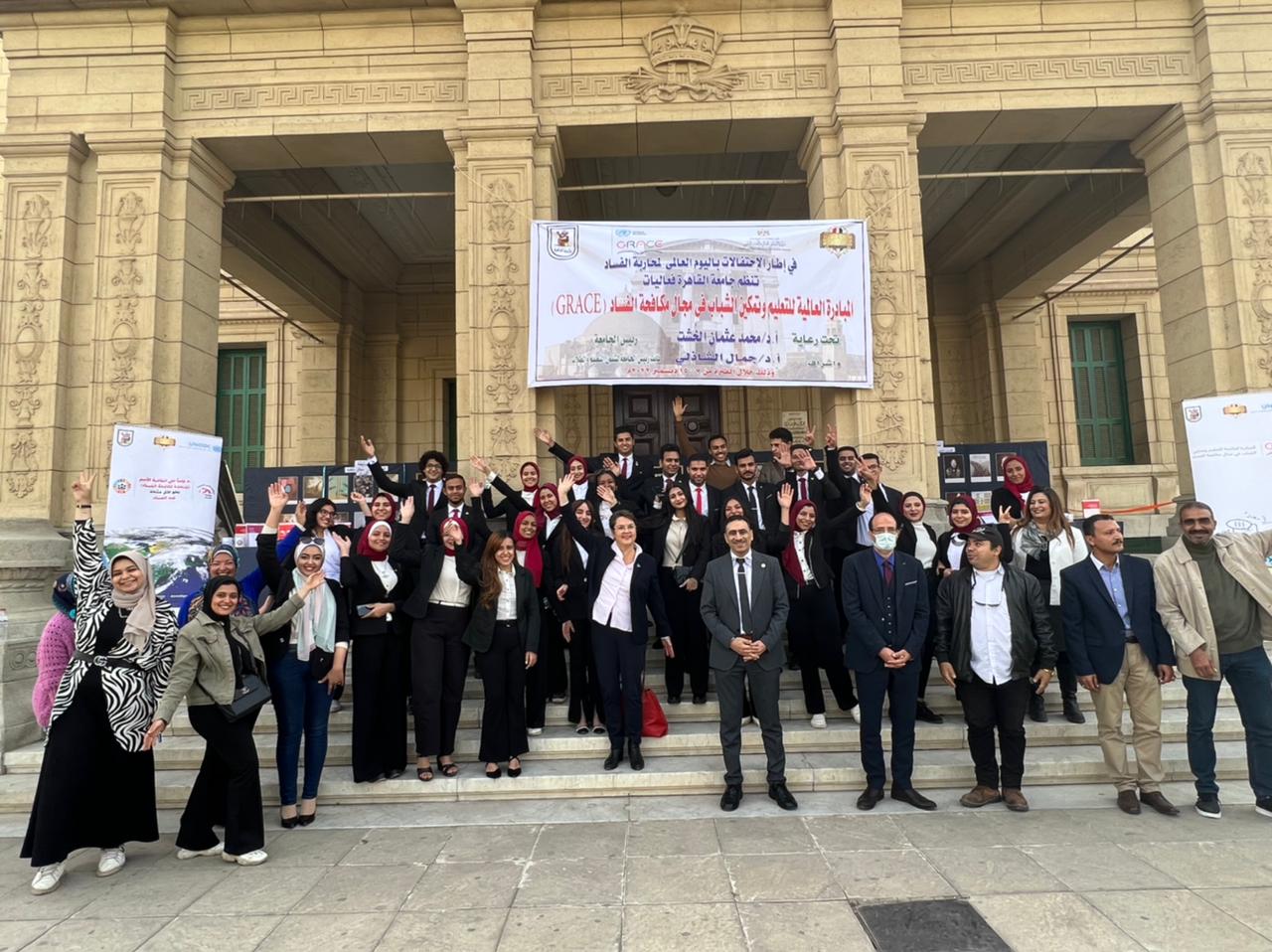 This month, the world marks International Anti-Corruption Day (IACD). This year’s theme “Uniting the World Against Corruption” seeks to highlight the crucial link between anti-corruption and peace, security, and development. At its core is the notion that tackling this crime is the right and responsibility of everyone, and that only through cooperation and the involvement of each person and institution can we overcome the negative impact of this crime. UNODC’s Global Resource for Anti-corruption Education and Youth Empowerment – the GRACE initiative was born out of this inclusive approach to bring to the international community knowledge and experience by working with educators, academics, youth, and anti-corruption authorities to foster a culture of rejection of corruption.

In Egypt, UNODC is collaborating with various academia, including universities, with a view to raising awareness among students at different educational levels about corruption and its consequences.

As part of this partnership, UNODC has formed a working group of academics and representatives of national anti-corruption authorities from four Arab countries to work on contextualising UNODC’s anti-corruption academic modules and material to the Middle East and North Africa region. Three themes are currently under focus: what is corruption and its effects, elements of good governance, and corruption in the private sector. Once completed, the material will be utilised in schools and universities.

The curriculum localisation efforts were illustrated in recent activities by UNODC and the Egyptian Administrative Control Authority such as a workshop on “the methods and mechanisms for teaching the Anti-corruption curriculum for preliminary Education” and an expert group meeting on “contextualizing the anti-corruption modules developed by UNODC” for education experts and academics from the Ministry of Education and the Ministry of Higher Education. The workshop provided knowledge on GRACE initiative, its tools and material, and the application of the GRACE educational system. The expert group meeting provided a wealth of opportunity to educational experts and academics to share their views on how the UNODC anti-corruption modules could be contextualized to the culture and society and hence increase its adaptation effectiveness.

The 2022 IACD efforts in Egypt also marked the start of celebrating the twentieth anniversary of the United Nations Convention against Corruption (UNCAC). Over the next year, culminating with IACD 2023, UNODC will be reflecting, with partners worldwide, on a world made better thanks to the collective push afforded by the Convention and, crucially, what gaps remain to ensure this is a truly strong mechanism for the years ahead.