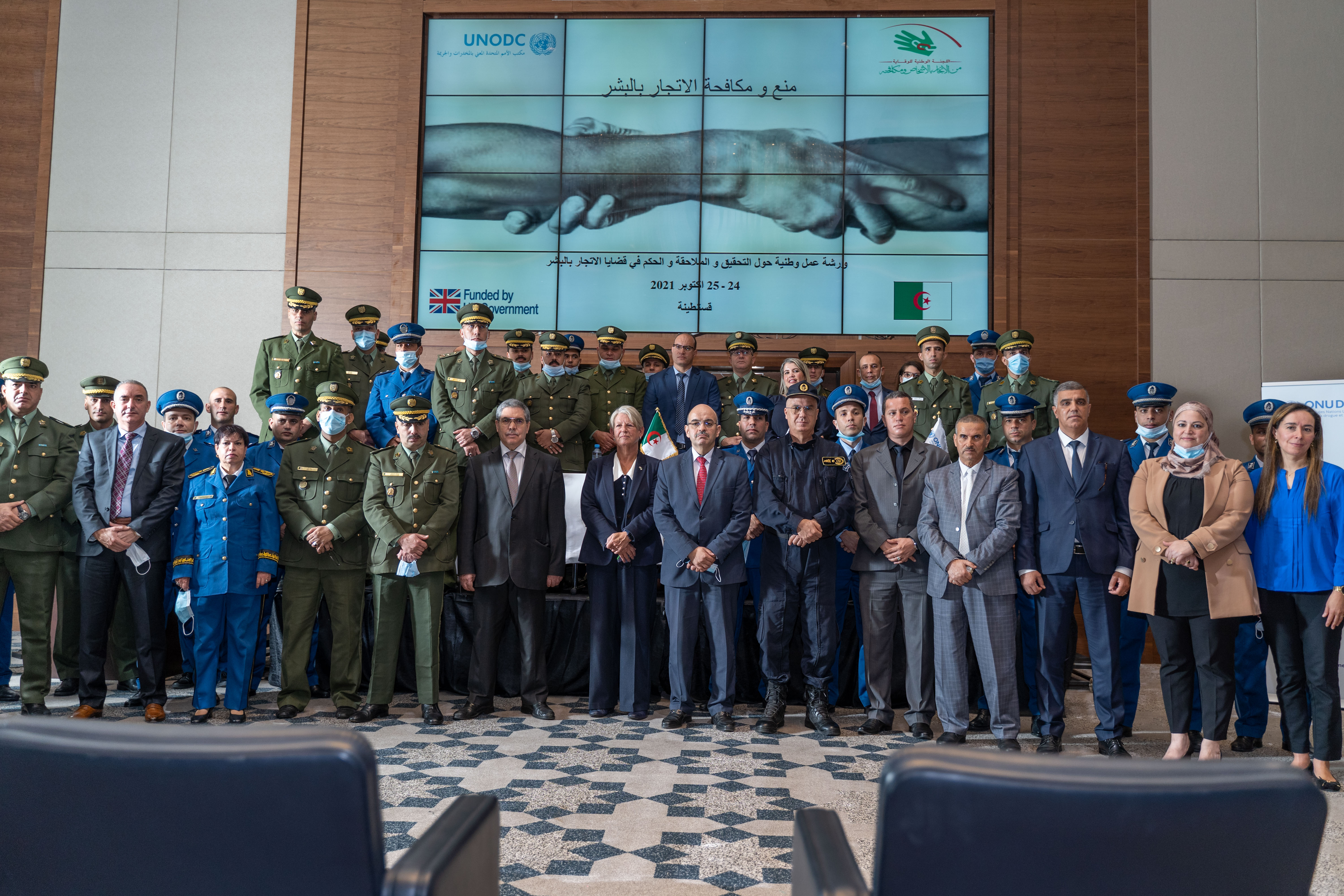 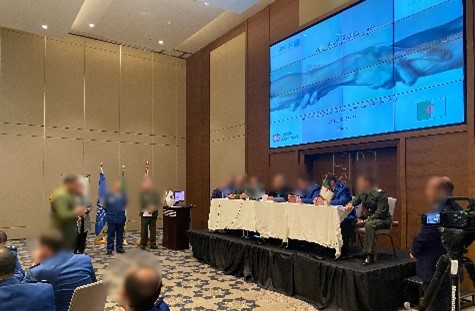 The National Committee to Prevent and Fight against Trafficking in Persons of Algeria (CNPLCTP) and UNODC collaborated on a joint national initiative to support efforts in investigating, prosecuting and adjudicating trafficking in persons (TiP) cases. The initiative is funded by the Government of the United Kingdom (UK) and began in October 2021 with an imitation of a public court hearing or “mock trial” workshop.

The event had a high-level opening demonstrating the commitment of the Algerian authorities to tackle TiP in all its dimensions. It was opened by the President of CNPLCTP, Ambassador of the UK in Algeria and UNODC Head of Office, with the participation of Governor (Wali) of Constantine and representatives from the Special Regional Criminal Court and Heads of law enforcement agencies at the regional level.

The workshop gathered 45 senior law enforcement and magistrates from the Eastern wilayas (regions) of Algeria who took part in the “mock trial.” The mock trial included the practical flow of a real-life case such as a background story, assigned roles, and application of relevant laws and procedures from the moment of investigation to prosecution and adjudication. This exercise aimed to prepare the group with practical and technical experience to face modern challenges met by criminal justice practitioners and to effectively handle TIP cases under Algeria’s legal system.

Supporting the Member States with such action stems from the heart of the United Nations Convention against Transnational Organized Crime (UNTOC) and one of its three supplementary protocols, the “Protocol to Prevent, Suppress and Punish Trafficking in Persons, Especially Women and Children.” Furthermore, the activities and interventions implemented and planned are in line with the CNLPTP National Action Plan. UNODC is supporting Algeria in its effort towards developing a dedicated law addressing TiP to be presented to the Parliament in 2022 and plans to increase capacity-building efforts to further develop a victim-centered response to TIP.