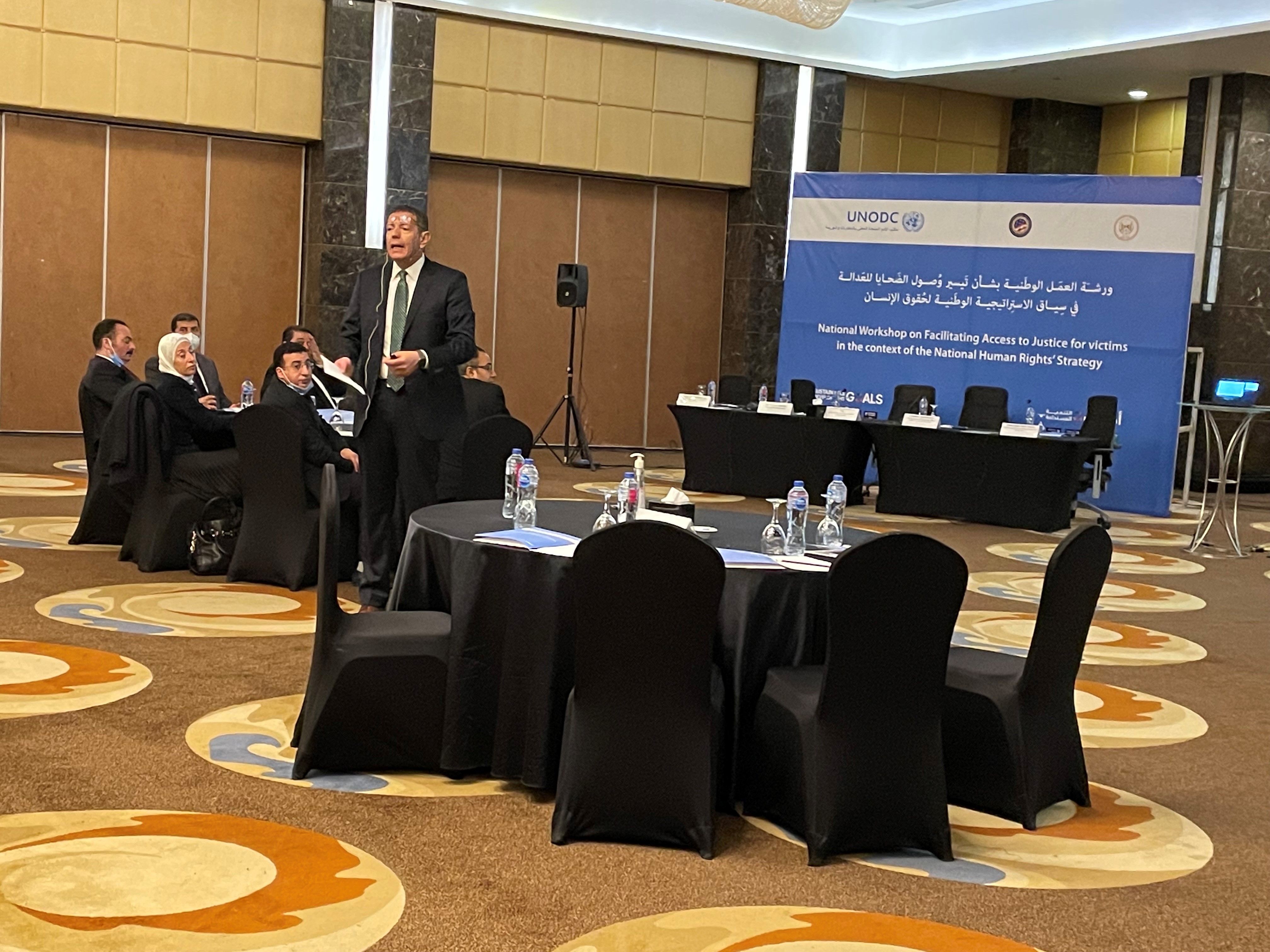 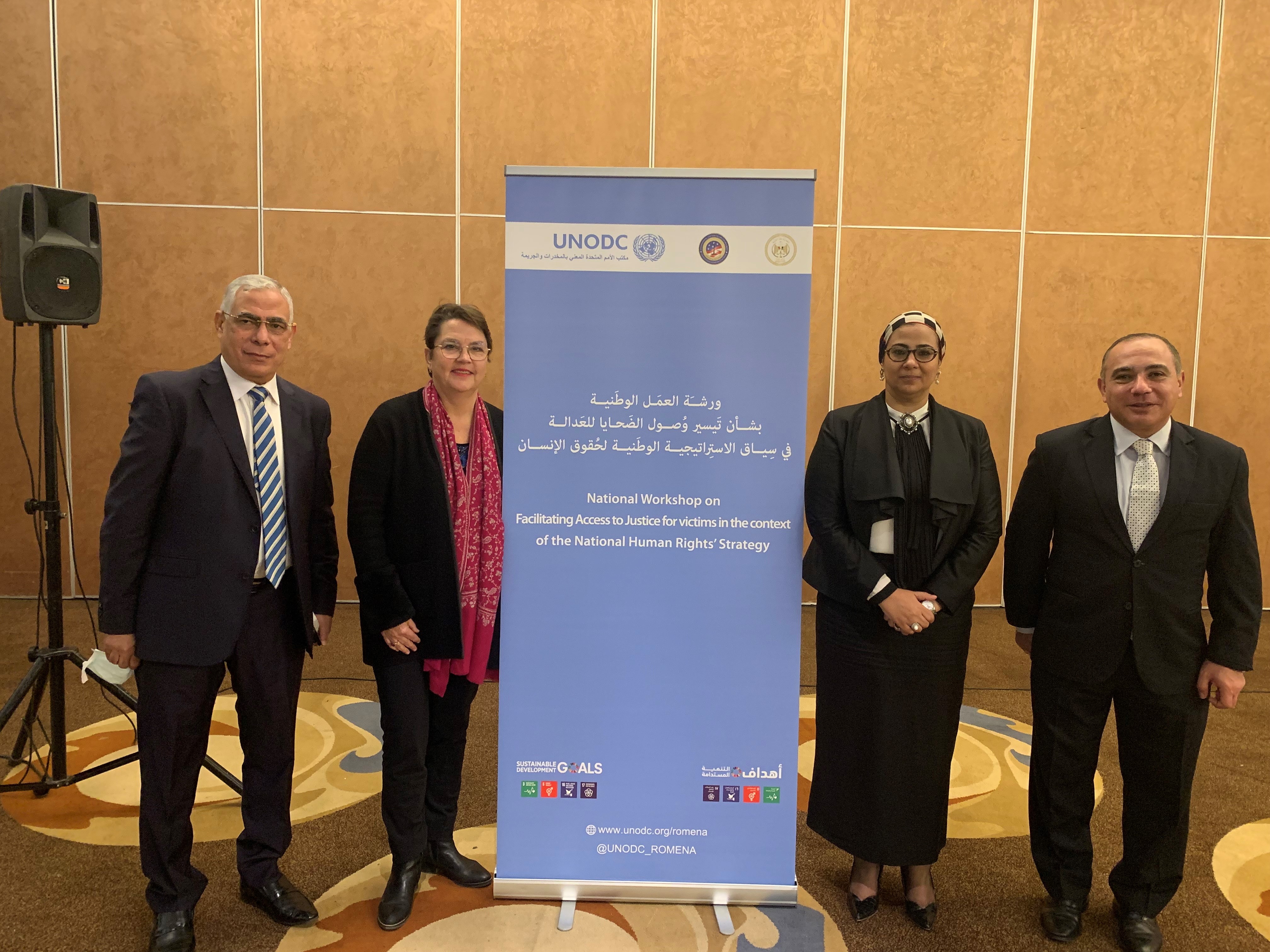 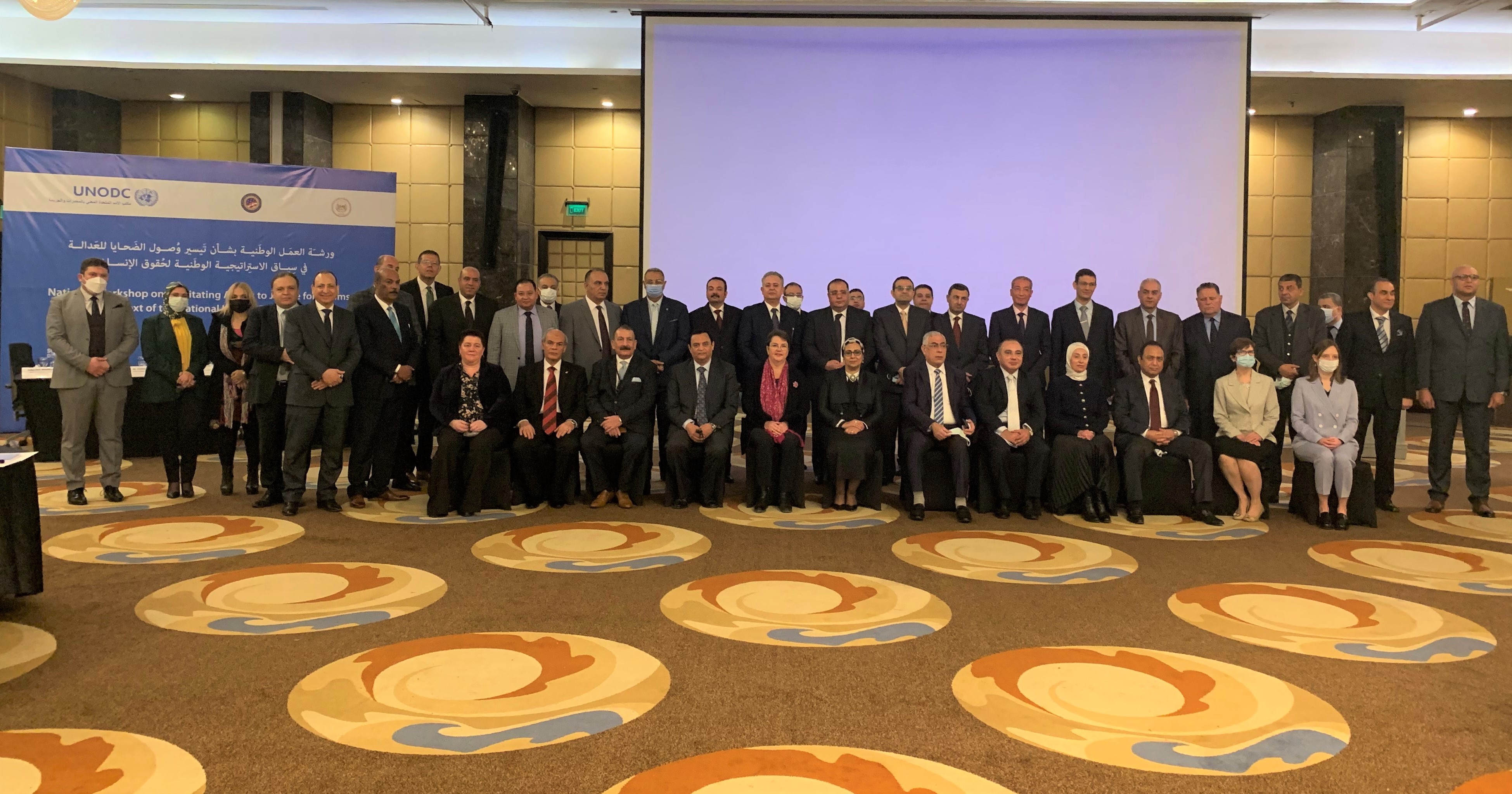 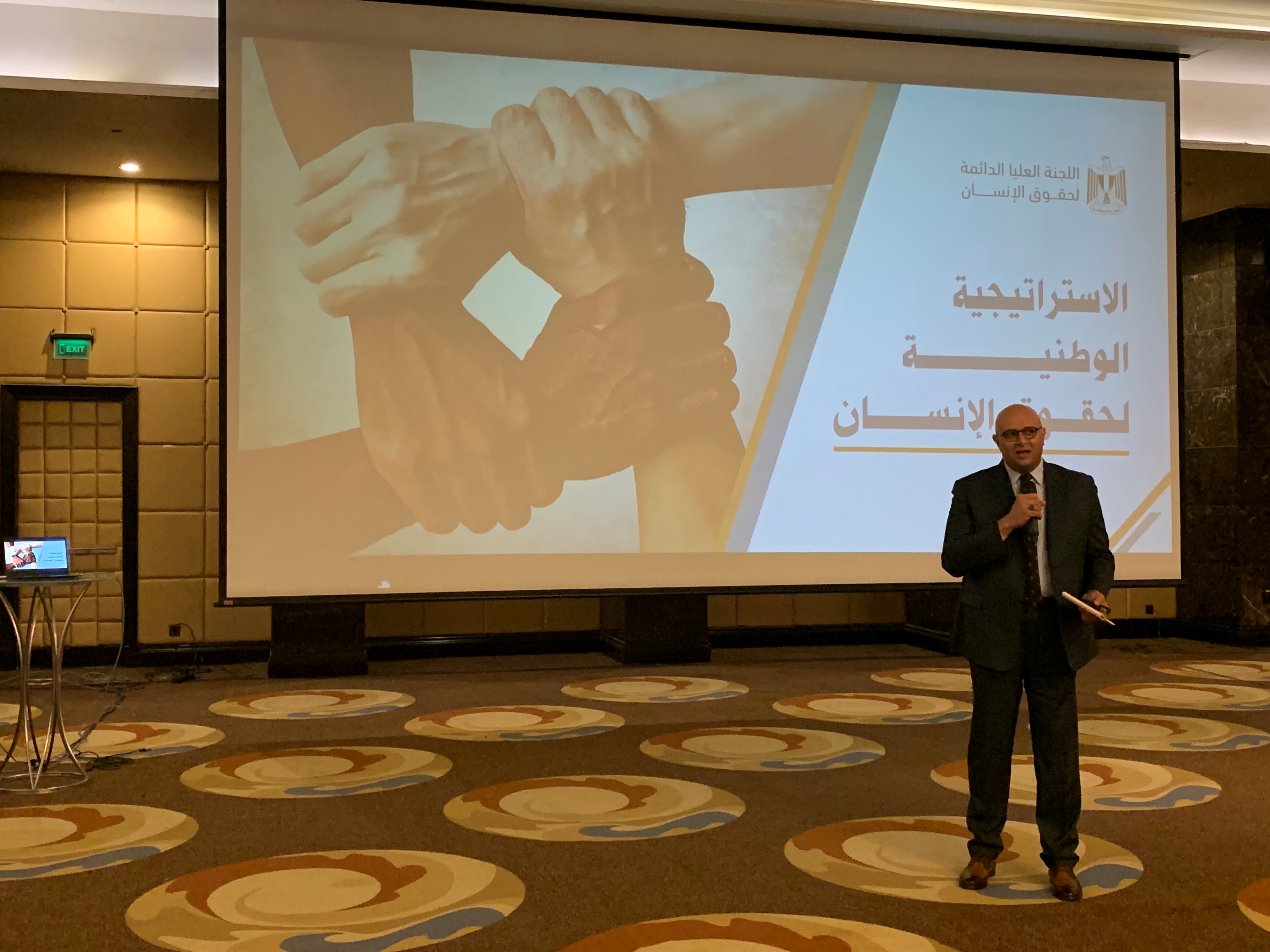 Guaranteeing access to justice that is victim-centred is fundamental to safeguard human rights, good governance and the rule of law, as well as to equality and inclusion. Women and persons with disabilities are groups of individuals who experience barriers and challenges when getting in touch with the justice system after having been subjected to violence, abuse, and/or other types of crimes. UNODC organized a national workshop in collaboration with the Ministry of Justice in Egypt from the 28th of February to the 1st of March for 30 Heads of First Instance Courts to discuss the topic of access to justice for victims and further enhance their technical capacities in this regard.

About 1 in 3 women worldwide have experienced sexual and other forms of violence. Crimes and violence against women are among the most under-reported, and the least likely to end in conviction. An Egyptian study on Violence against Women (VAW) found that a large percentage of women and girls who experience violence don’t report the incident to authorities. Gender-based discrimination encountered by women at various stages of the justice system could also be considered as a form of continuing violence.

More than one billion people, 15 per-cent of the world’s population, around the globe live with some form of disability. In Egypt, official statistics issued by the Central Agency for Public Mobilization and Statistics (CAPMAS) indicated that “10.67 per-cent of persons who are five years and older have disabilities ranging from some difficulties to cannot do at all,” while “2.61 per-cent of Egyptians five years and older have severe disabilities”. Barriers and impediments of access to justice for people living with disabilities often involve combined forms of inaccessibility and other forms of discrimination.

Counsellor Amal Ammar, Assistant Minister of Justice for the Human Rights, Woman and Child Sector, highlighted in her address that “access to justice is one of the most important reform priorities and pillars of effective justice […] Egypt is taking steps to guarantee that access to justice is provided without discrimination or bias […] providing access to justice is a duty that must be fulfilled.”

The workshop was therefore tailored to provide the judges with information that they could use as a basis in their day-to-day work to facilitate such access to victims. Some of the topics included the protection of rights and freedoms within the Egyptian Constitution of 2014, the fundamental Principles of Human Rights in the context of criminal justice, in accordance with the relevant international instruments, the National Human Rights’ Strategy, the UN standards and norms on access to justice for victims, the protection and support for victims of human trafficking and migrant smuggling, and the protection of women's rights and the efforts of the National Council for Women.

This workshop was the first activity within UNODC project “Strengthening the capacities of the Egyptian judiciary to improve victims’ access to justice particularly for women, children, and persons with disabilities, which is funded by the US Bureau of International Narcotics and Law Enforcement Affairs (US/INL).