Working through partnership: using mobile technology to track and support migrant workers in the fishing sector 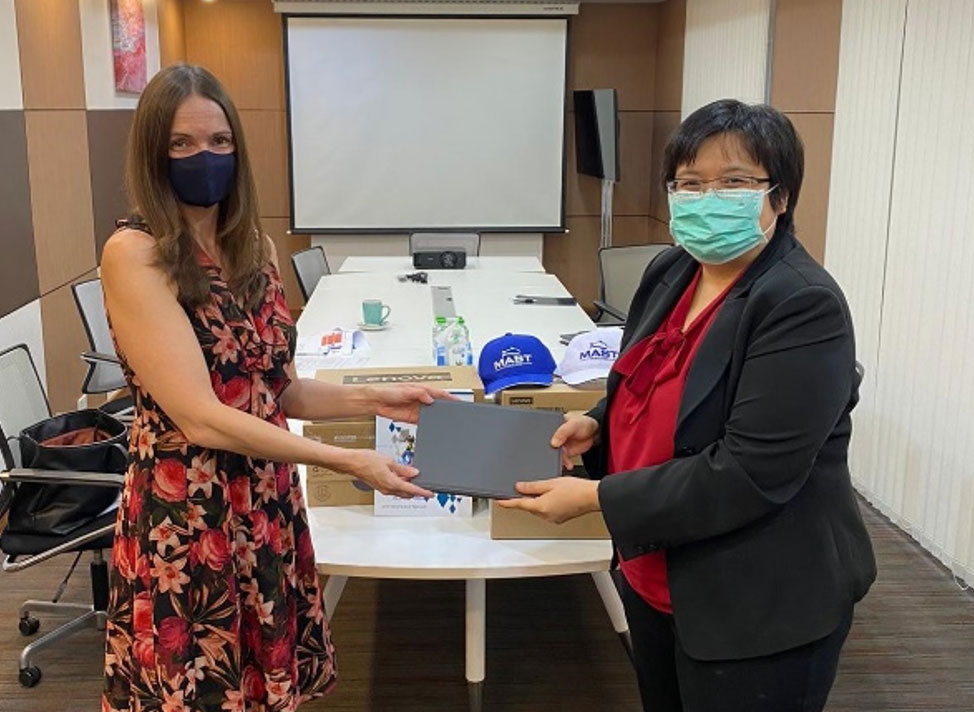 Rebecca Miller (UNODC) and Dornnapha Sukkree (MAST) with ten tablets to be used for research.

Bangkok (Thailand), 19 May 2021 - Smuggled across the border from Cambodia into Thailand, Vannak was hoping to work to support his wife who was pregnant with their first child. Hidden in the back of a pick-up truck, they drove for hours. When the truck finally stopped, Vannak was taken to a house and locked in a room with several young Cambodian men. It was then he realized that something was terribly wrong.

The following morning, Vannak was led to a fishing trawler. The men were told to hide as the boat left the port towards the South China Sea. After an hour, they were told to get up.

“I asked a Cambodian man when I would go home. He answered with a question, ‘Did you pay to get here?’ I said no, and he said, ‘Well, stop asking questions. You have been sold.”

Vannak soon learnt that several of the men had been on board the vessel for years. He was still unaware that it would be almost four years before he was able to escape the daily abuse, violence, and exploitation of this trafficked ordeal. 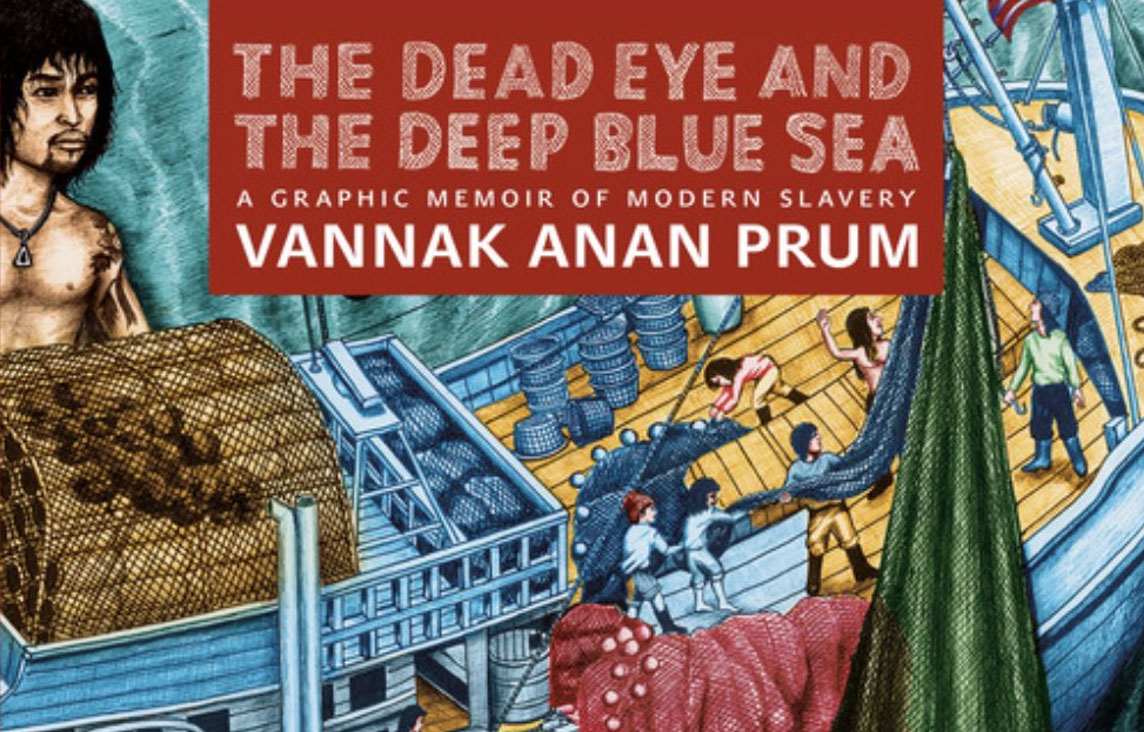 Tragically, Vannak’s story is not uncommon. Trafficking in the fishing industry is a problem that has received increased attention over the years. Forced to work 18 to 20 hours days, seven days a week, with little food, water and medical supplies, victims can be kept at sea for months or even years like what Vannak had endured.

The Multi-stakeholders Initiative for Accountable Supply Chain of Thai Fisheries (MAST) is a non-profit organization in Thailand working to eliminate human trafficking in the fishery sector and promote supply chain transparency. As part of this effort, MAST is in the process of developing a mobile application to track the well-being of fishers and migrant workers in the fisheries sector. UNODC’s Regional Office for Southeast Asia and the Pacific (ROSEAP) is proud to support the work of MAST and this important initiative. Through the generous support of the Government of Japan, UNODC donated ten tablets to MAST, which will be used to carry out the initial research to inform the App’s content. 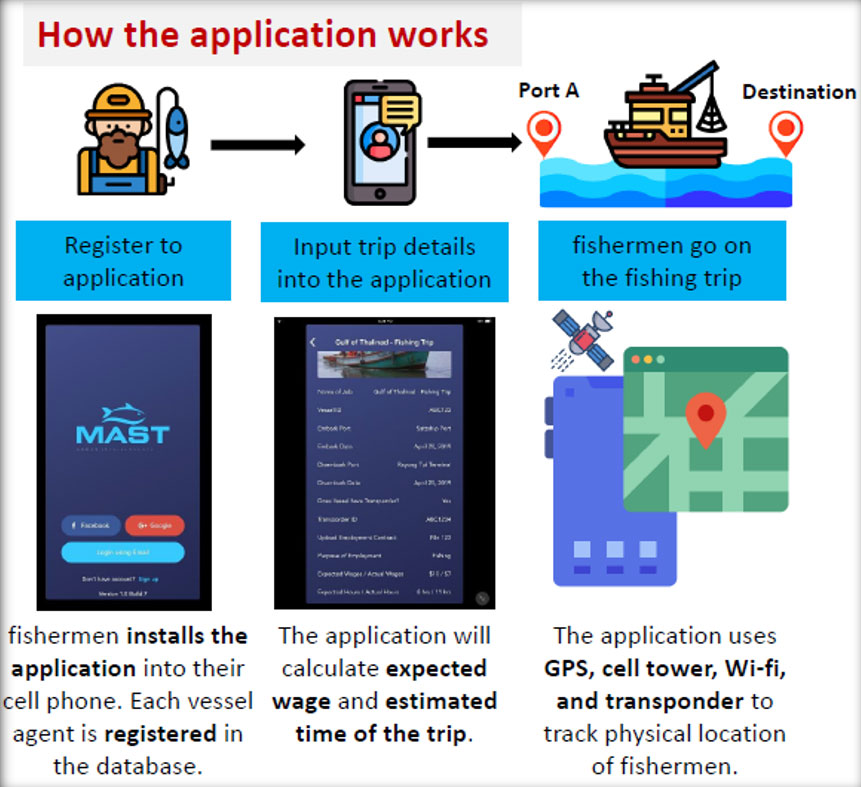 “Dornnapha Sukkree, the Executive Director of MAST, and her team work tirelessly to protect the most vulnerable,” commented Rebecca Miller, UNODC’s Regional Coordinator for Human Trafficking and Migrant Smuggling. “Our strong partnership with MAST represents a collaborative effort to fight against human trafficking, particularly in the fishing sector, where some of the worst forms of abuse and exploitation occur.”

The aim of the App is to provide a safer environment for fishers and migrant workers. A few of its features will include an ‘alert button’ for emergencies, an ability to create a witness report, and options to learn about the experiences of other fishers.

Fishers will be tracked on a real time basis and data collected can be used as evidence to prosecute illegal activities. It also enables two-way communication between users and MAST. “The application will be a useful tool to promote transparency in fishery supply chains by helping to ensure labour standards are effectively enforced and safe working conditions on fishing vessels are maintained,” Dornnapha Sukkree, the Executive Director of MAST, pointed out. “The tablets will be incredibly useful for our research team who will be laying the groundwork for this initiative.”